I was interested in this bike because it reminded me of my old Suzuki GT500 I rode ages ago. It is also a 500cc two stroke twin but the engine uses an unusual "stepped piston" design where the lower chamber pumps the mixture to the opposite cylinder rather than through the crankcase thus lowering emissions because the crankshaft does not need to be lubricated by the mixture.

The bike never reached production because of the state of the British bike industry at the time and the era of the two stroke was coming to an end. 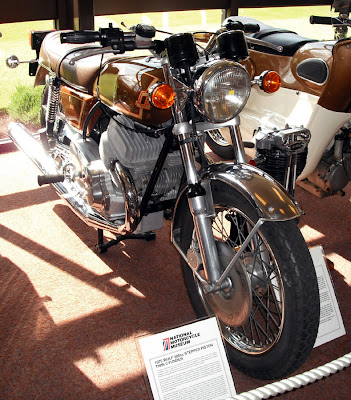 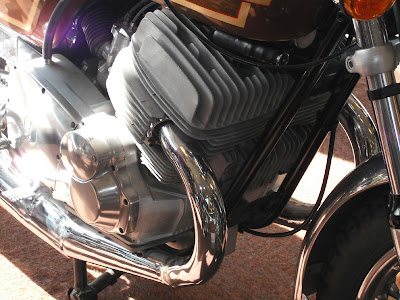 Photographed at the National Motorcycle Museum, Birmingham in 2009.