With the FJs in hibernation I decided to fill their tanks (to prevent internal corrosion) and put in fuel stabilizer. The new bike won't be used until next April and I don't know when the old one will be back on the road. Advice varies on how long fuel lasts - seems 6 months is about the limit. The problem is that fuel oxidises and becomes gummy. I left half a tank in a bike for about 5 years and the tank above the fuel was heavily corroded and the fuel in the tap had turned to brown chewing gum. I've never had a problem with a bike stored without stabilizer over the winter but since the possible damage to carburettors is serious it seems like cheap insurance. 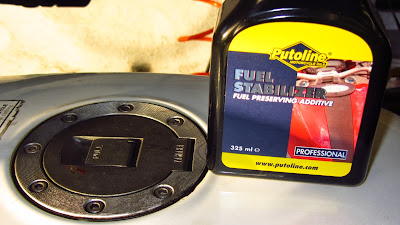 Used exclusively as a commuter in the early '80s. It was well made with deep red paintwork but dodgy 6V electrics. Hitting a bump could pop a fuse out and stop the bike. It was a basic two stroke design using oil mixture in the petrol tank for lubrication. I remember the bike most for my only big crash when I ran into the back of a car and ended up in hospital for three months with a broken leg - I've still got the limp 32 years later. It was also the cheapest bike I've bought - £70, I think. I couldn't have liked the bike much because when it stopped going, with an ignition problem, I gave it way. 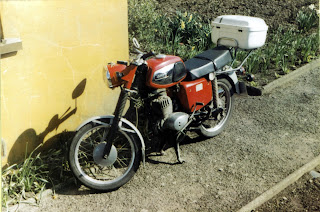 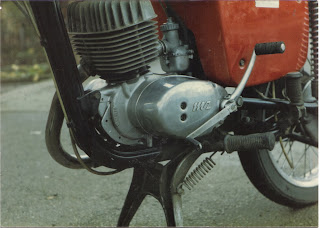 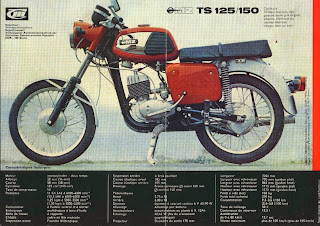 
Mark Upham, who runs a classic bike parts company, bought the rights to the Brough Superior name and has produced this modern version of the '20's/'30's bike. It has the Brough's distinctive tank & exhausts along with girder forks. The bike even has four disc front brakes to mimic the diameter of the original's drum. This prototype was built by French company Boxer Design using a V-twin engine developed by Akira (also French) The intention is to establish a factory in England to produce the bike. 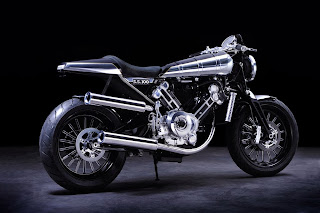 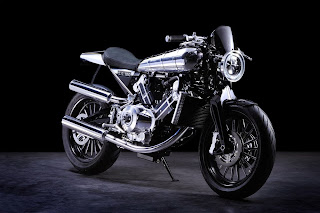 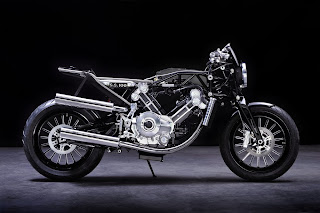 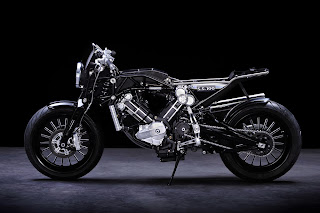 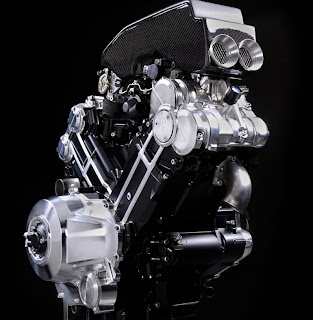 Sports car maker Caterham have announced that they will be producing motorcycles from next year. The company is best know for building the Super Seven since the early '70's when they bought the rights from Lotus.

There are two electric bikes, one futuristic and one 20's retro, but the surprise is the Brutus. It has a 750cc single cylinder engine with variable belt transmission (like a scooter). The Brutus has huge balloon off-road tyres giving the look of a cross between a Rokon & a Suzuki Van Van on steroids. Also the bike can be converted into a snowmobile! 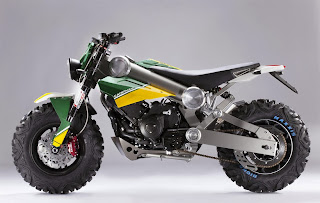 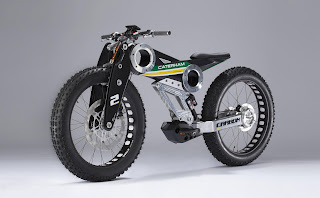 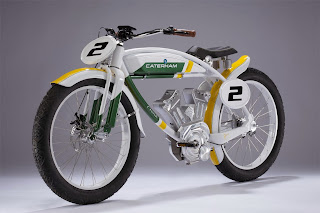