On our annual winter holiday to the sunshine in the Canary Island of Fuerteventura we went for a day trip to the capital town Puerta del Rosario. A pleasant little place where we has an excellent lunch (superb seafood soup in the El Mirador restaurant if you're passing). The local ayuntamiento seem very keen on public art with statues and sculptures on every street corner and, of course, the roundabouts. These were all snapped on the short walk back to the bus station. 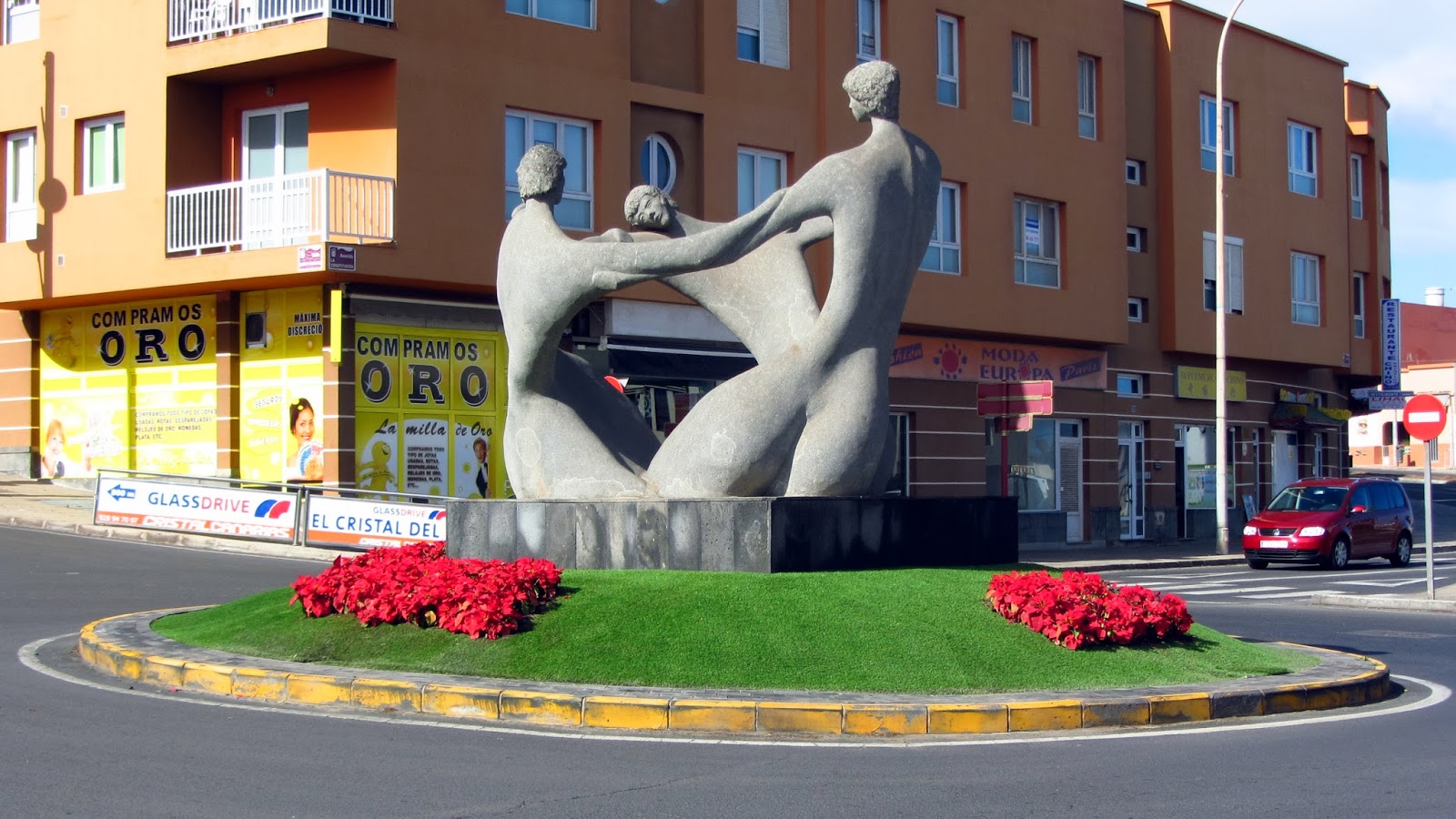 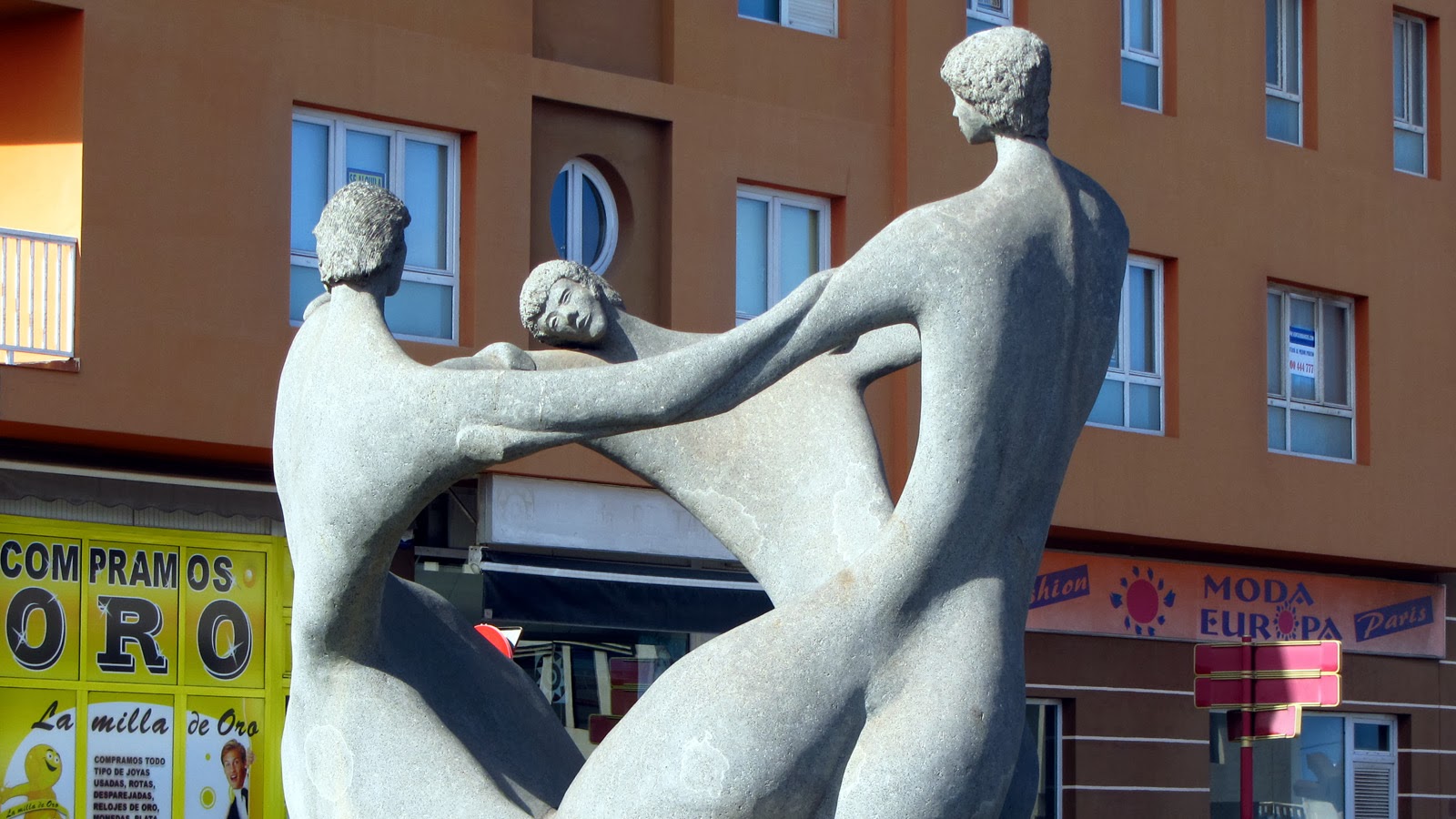 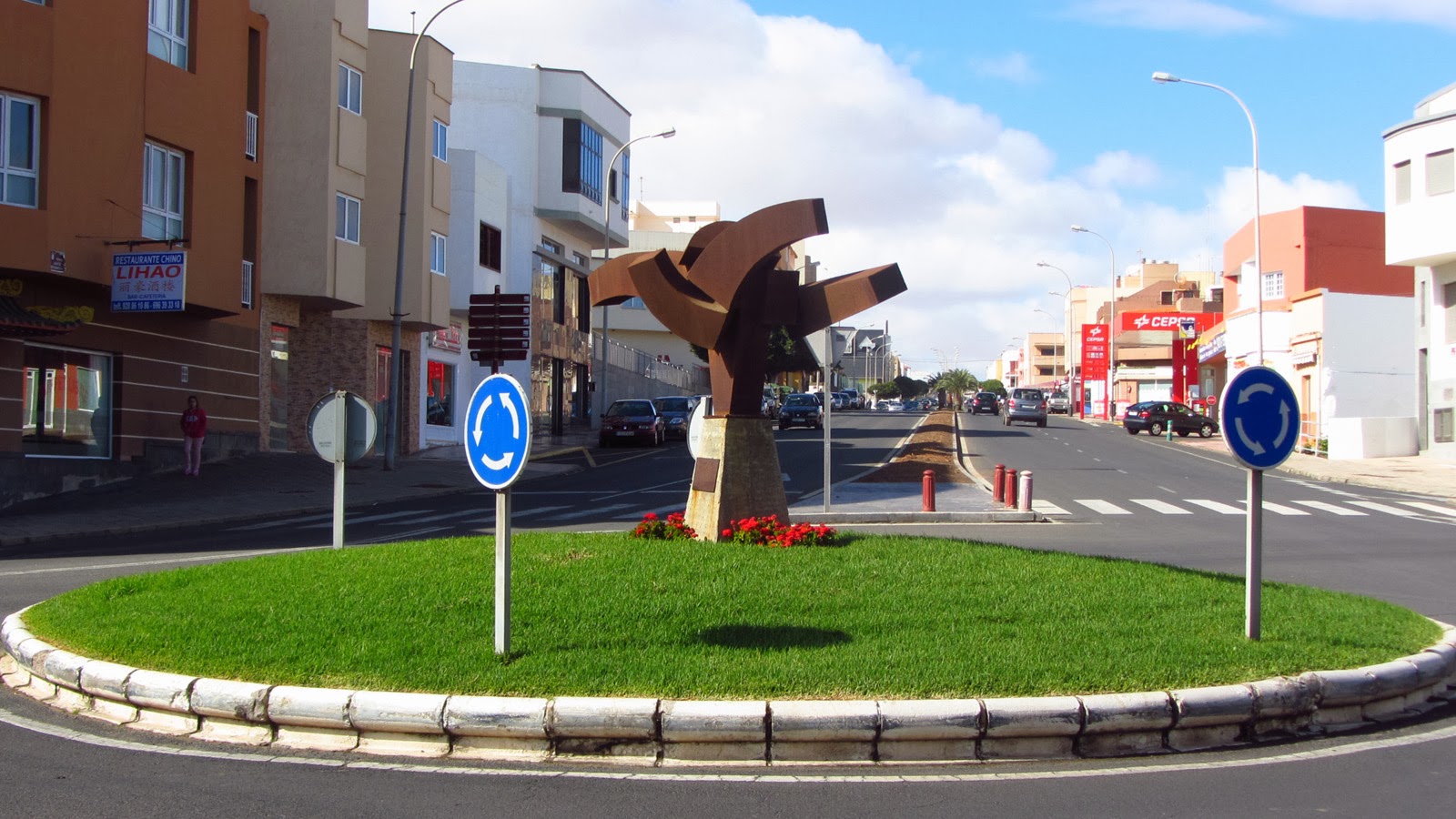 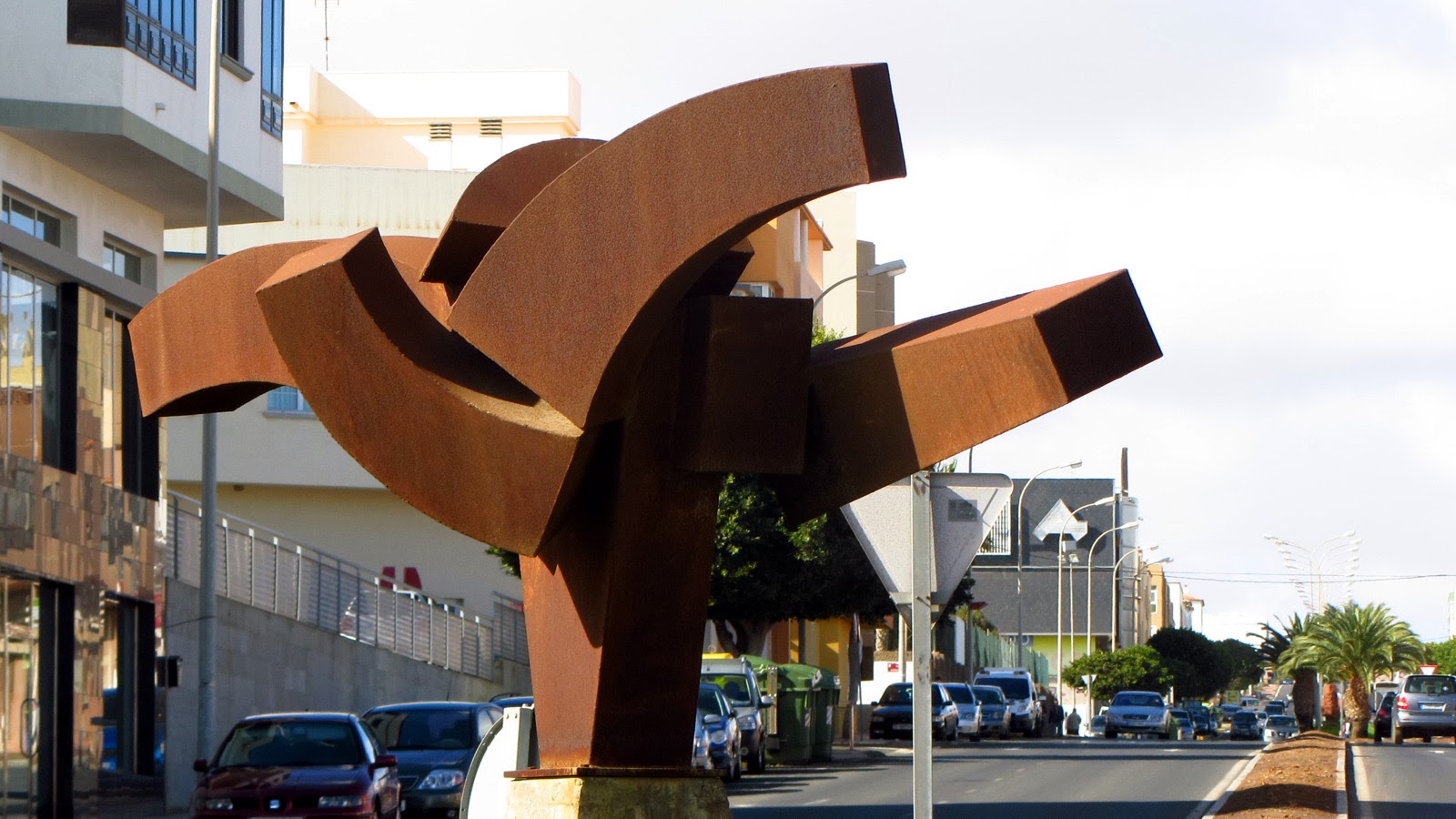 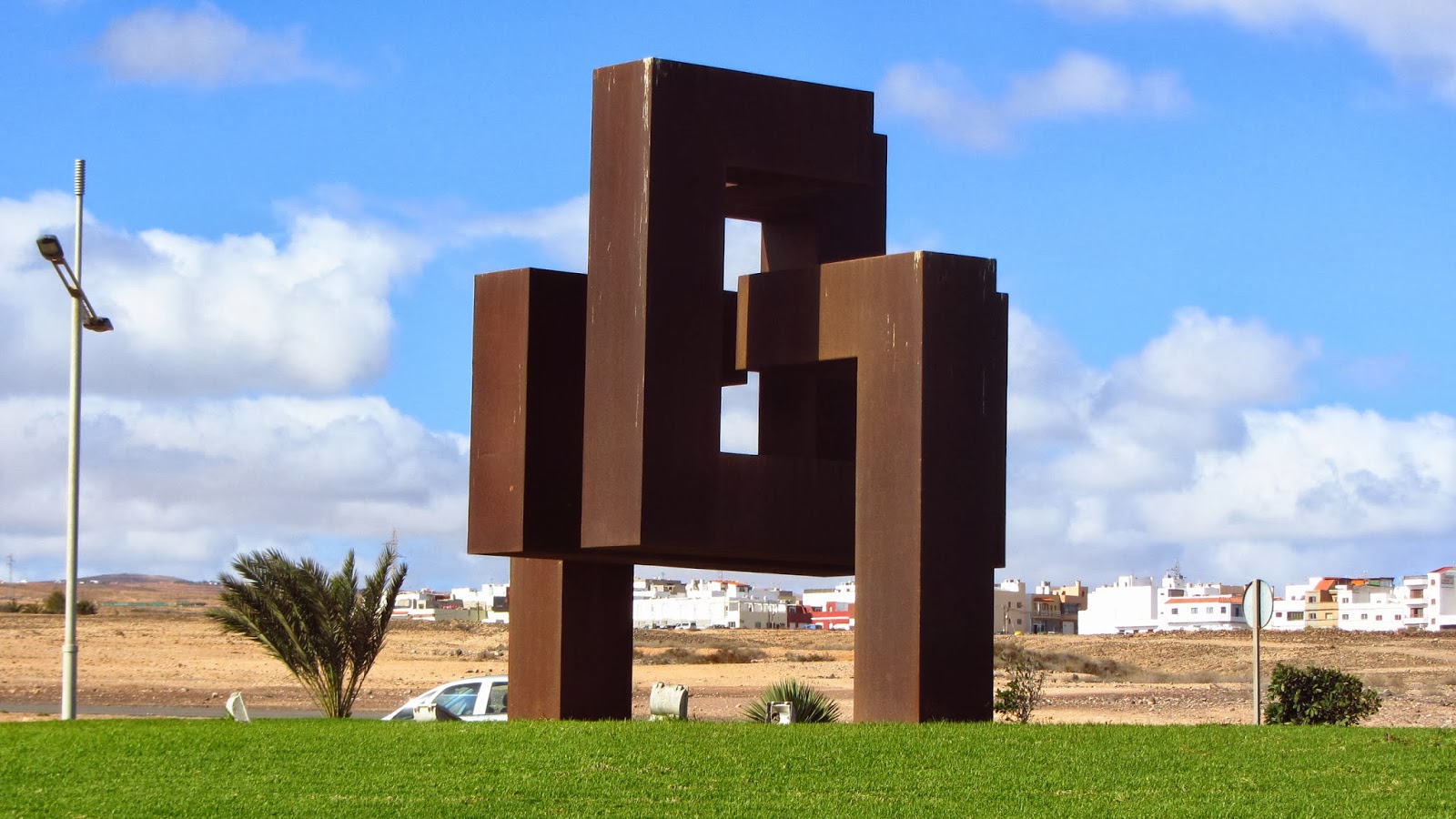 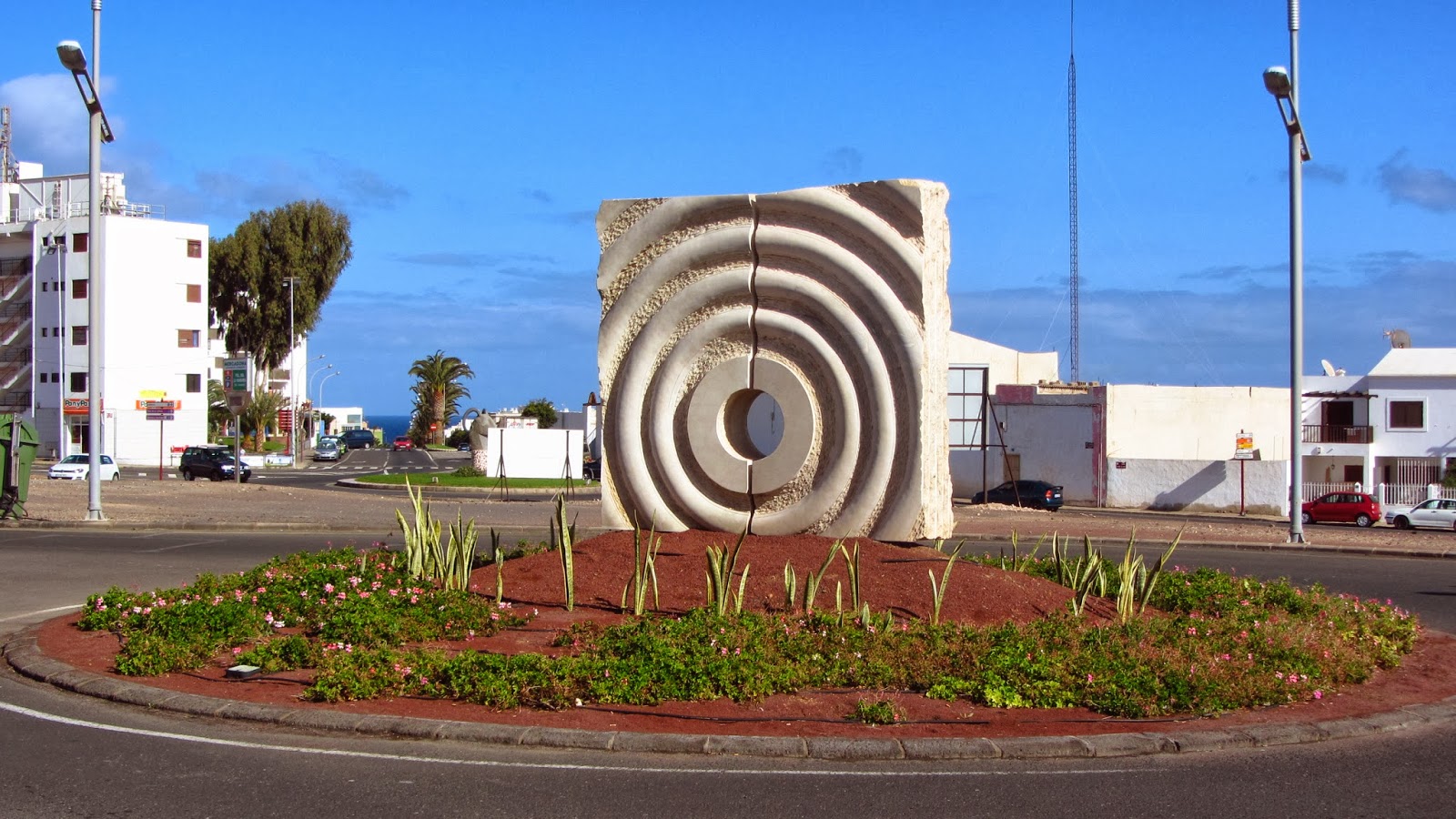 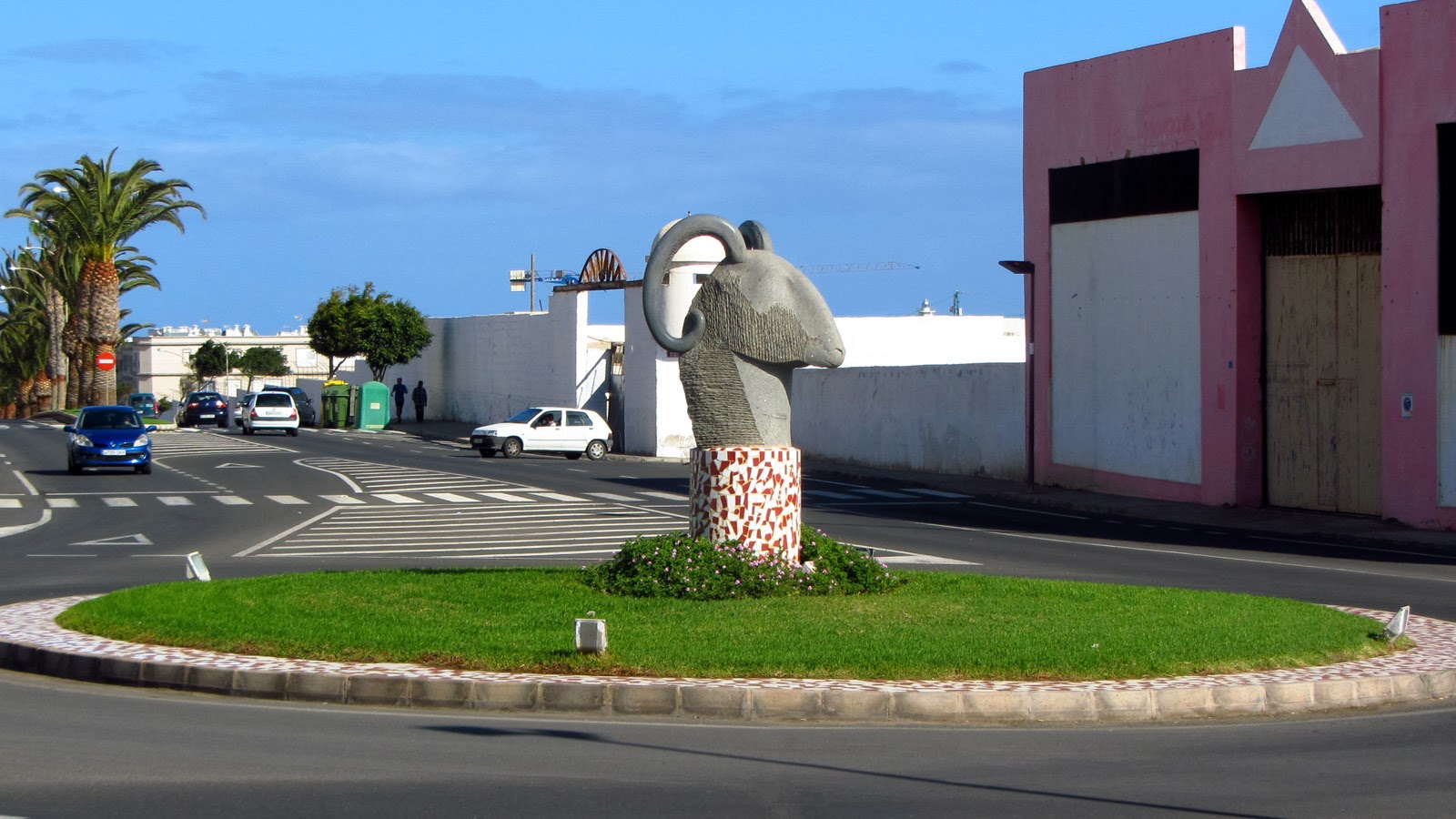 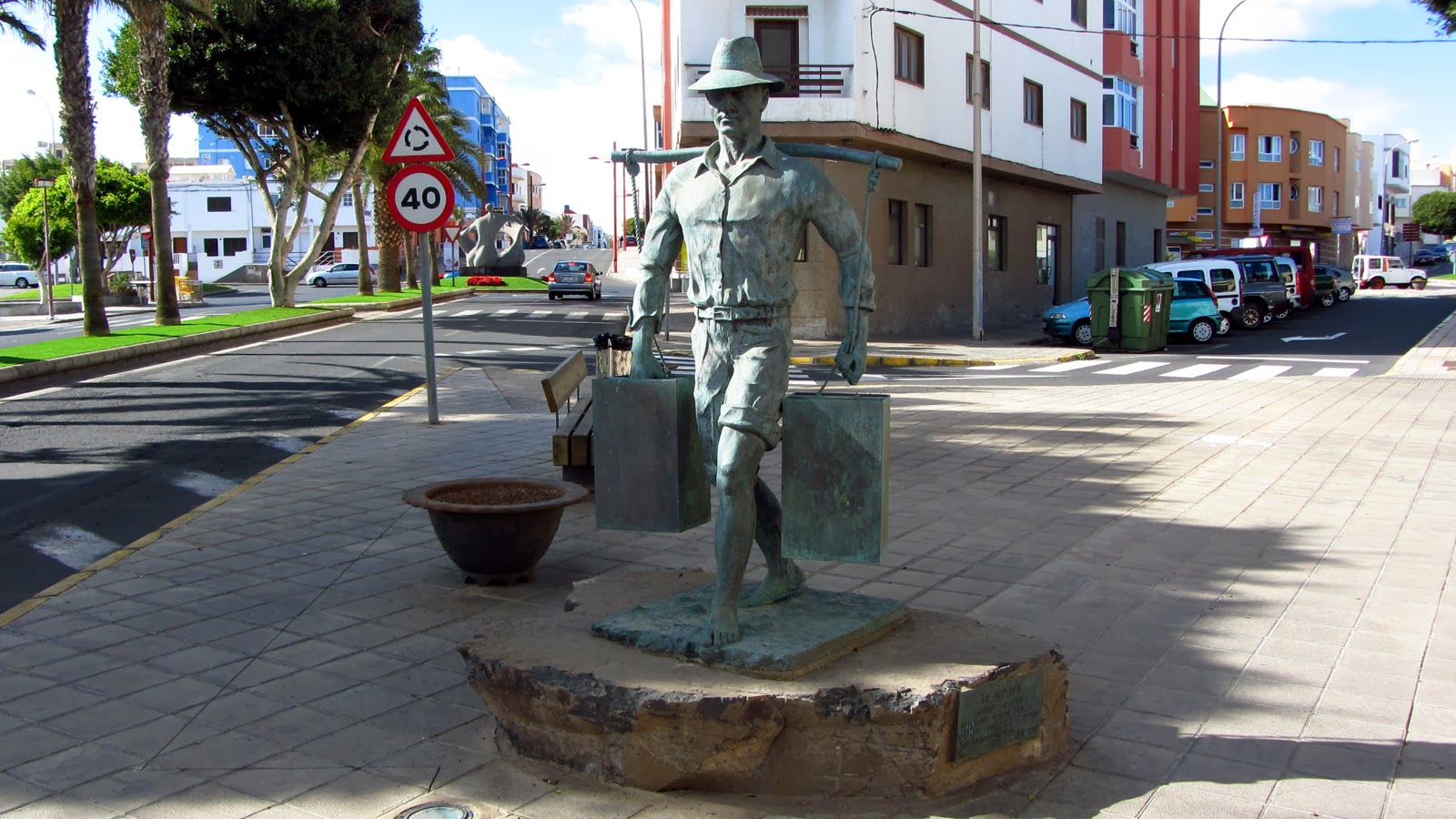 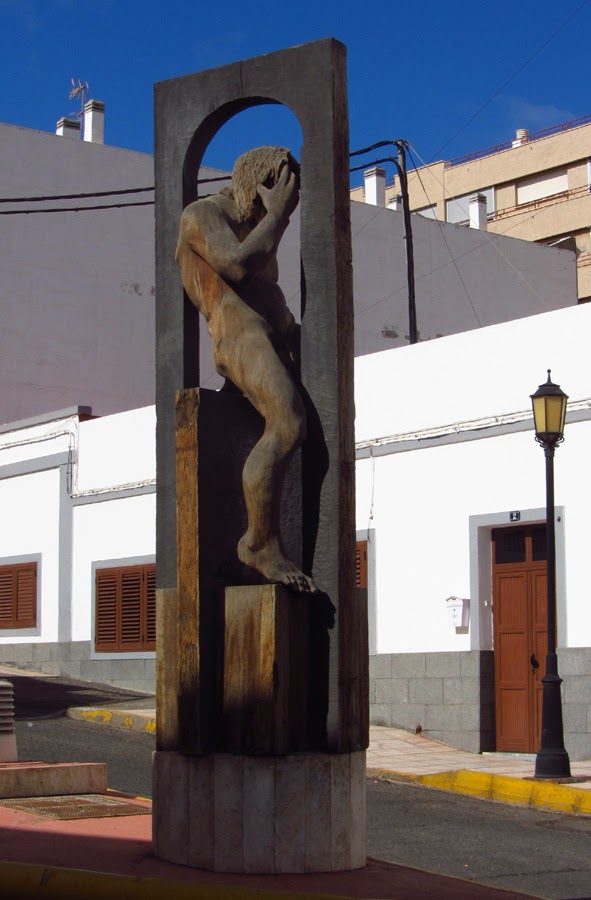 I photographed this car last week near our rented villa on the Spanish Canary Island of Fuerteventura. I loved the tacky details - wire spoke hubcaps and "wood" panelling - this car must be very rare in Europe (ok the Canaries are in Africa) But looking into it the car is more interesting, a "first" with a British connection.

It an AMC Eagle built between 1979-87 and can claim to be the first crossover Sport Utility Vehicle. Although looking like an ordinary saloon, it has increased ground clearance and was the first car with permanent four wheel drive. The car used the British Ferguson Formula four wheel drive system. It is, therefore, the predecessor of the Audi Quattro & Subaru Impreza.

The car was even used for racing in the US ProRally Series.

Fuerteventura has good quality roads but there are also many unpaved desert tracks so the car makes sense there.
AMC (American Motors Corporation) was taken over by Chrysler in 1987. 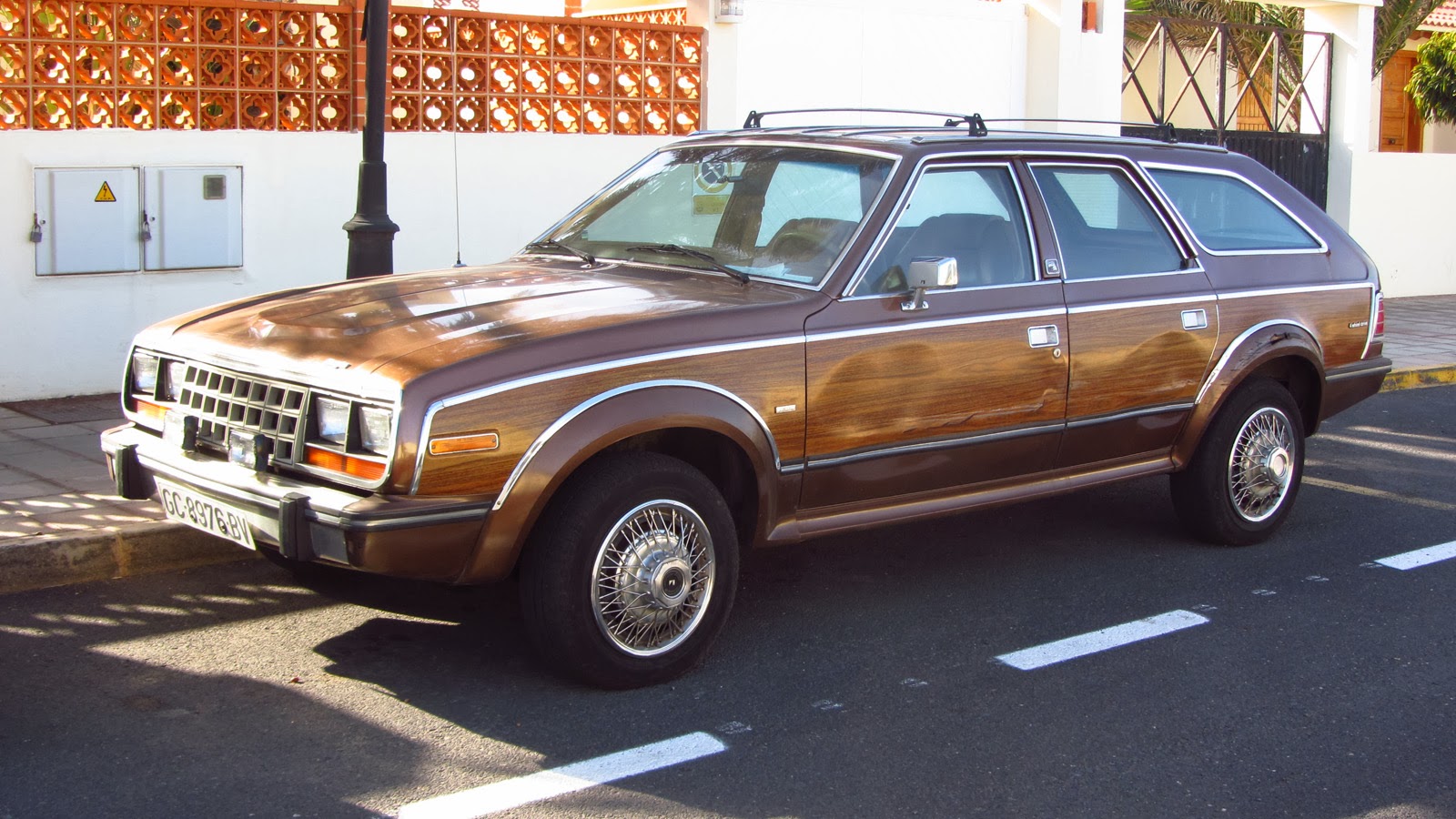 article
Posted by fj_stuart at 15:24 No comments:


My Honda CBF250 passed 40,000 miles at the end of last year. For a small bike this a significant landmark. In the past this would be expected to be about the life of a 250, but the CBF is still going strong.


The bike was registered in January 2007 and I bought it July 2009 with 5,000 miles on the clock to use as a commuter/winter bike. Its job was to carry me to work across town and give me transport when the weather was too bad for the big bikes. For this it had to be light, manageable, economical and reliable. Nowadays it's my daily runabout and my sole transport from October to March.


The CBF lives a fairly hard life. It's used in all weather so gets exposed to the all the rain, salt & muck the Scottish climate can throw at it. Being of modest performance it works hard too. It runs at 6-7,000 rpm and its normal cruising speed of about 60mph is a good proportion of its 80 mph top speed.


So how's it done? Reliability has been 100%. Never once has it let me down on the road or failed to start. It doesn't burn oil or make any strange noises. The finish has held up fairly well. I've touched up some areas of the paint on the frame and replaced a few bolts with stainless when they became corroded. When the weather is bad I give the bike a regular jet wash. The weak part has been the exhaust. It rusts if exposed to salt. My solution was to get a damaged exhaust system from a breaker cheap. I painted the silencer with heat resistant paint and fit it for the winter.


As for parts the main expense is the usual expendables - tyres, chains, brake pads etc. Even then things are good - 20,000 miles out of a front tyre, for example. The list of non-service parts that have failed is short - the front brake switch, the horn, a speedo cable and one battery and that's about it. An unexpected failure was the front brake caliper that had to be replaced because of metal chipping off at the seal - a blessing in disguise because the replacement (CBR125 unit £20 from eBay) had more power & feel. The wheel bearings were a slight problem. They had a habit of ingesting their dust seals and failing. I replaced the lot to be on the safe side.


The bike is well used. I currently do about 8,000 miles per year on it. I guess that if can get another two or three years out of it I'll have more than had my money's worth.


It’s my custom to photograph my bikes at the start of the year. It was a bright sunny day yesterday so I dragged then out of the garage for their annual photocall. The FJs are shiny because they are in hibernation for the winter. The CBF was stuck at the back because it is dirty from winter use. 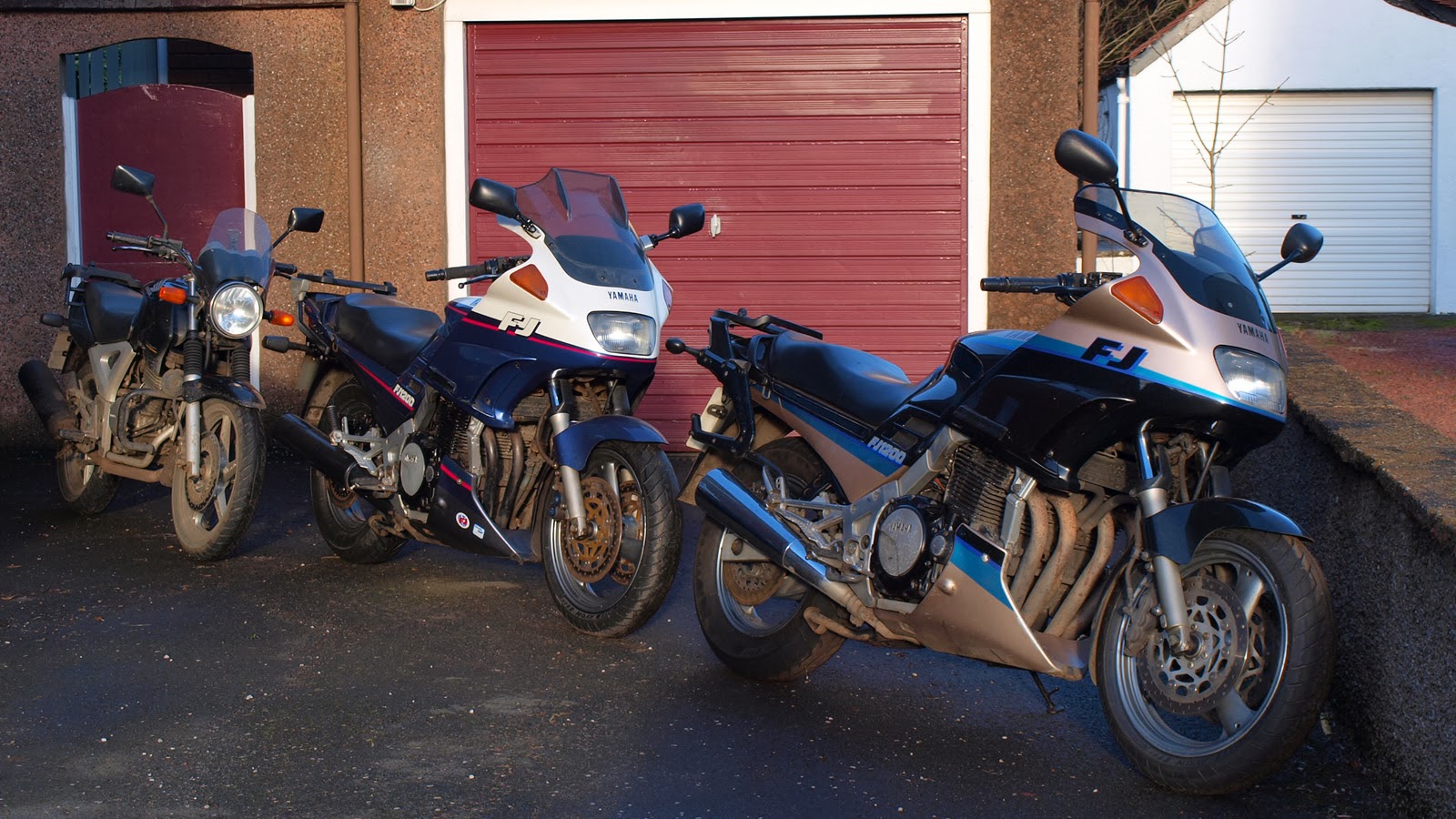 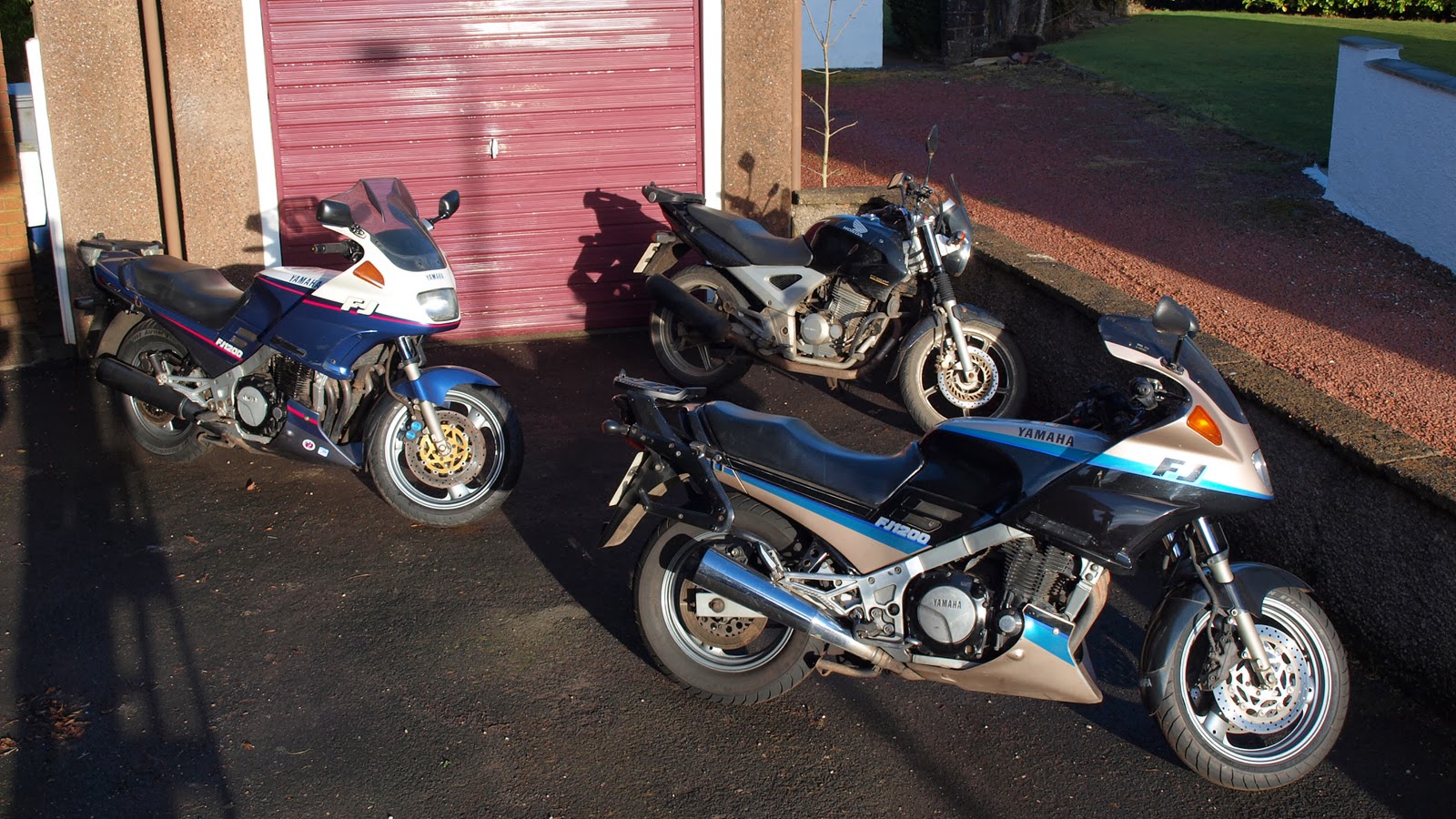 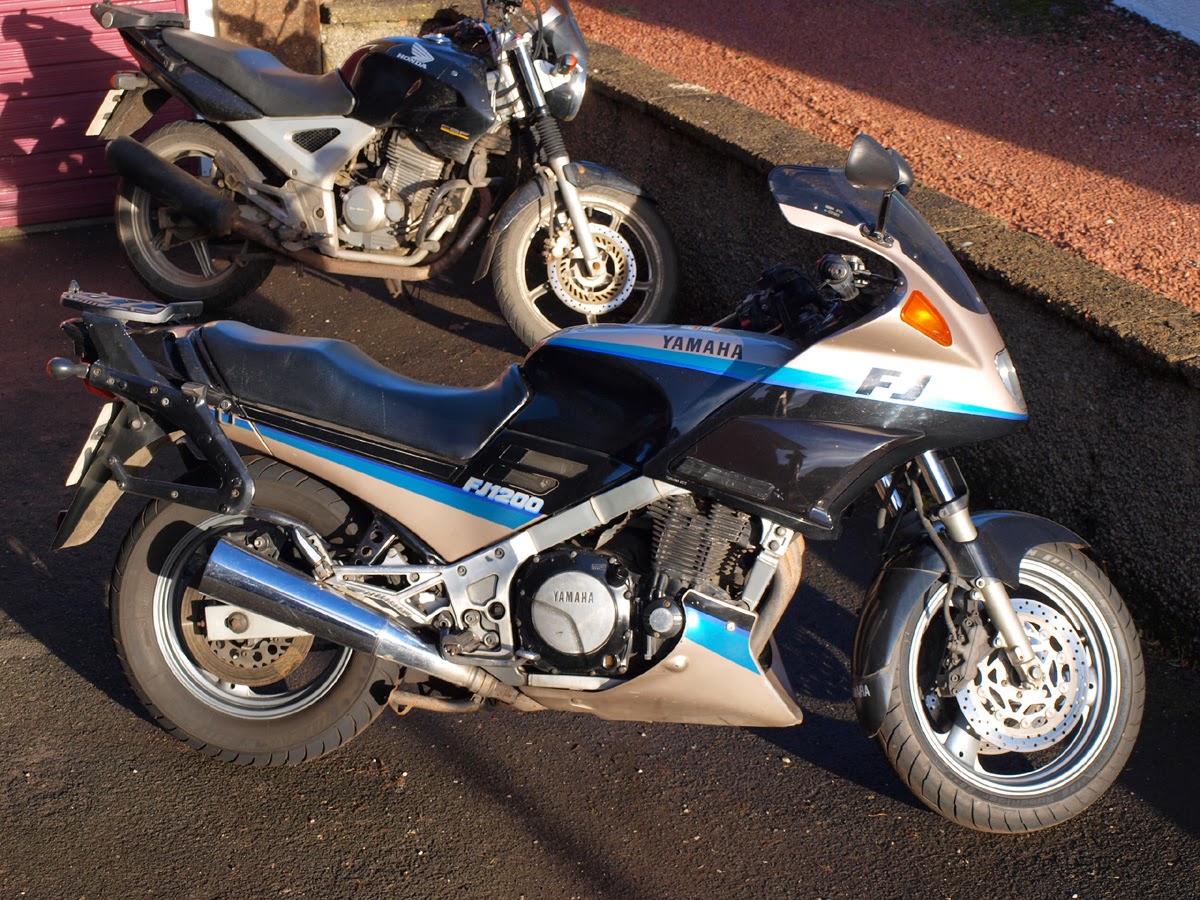 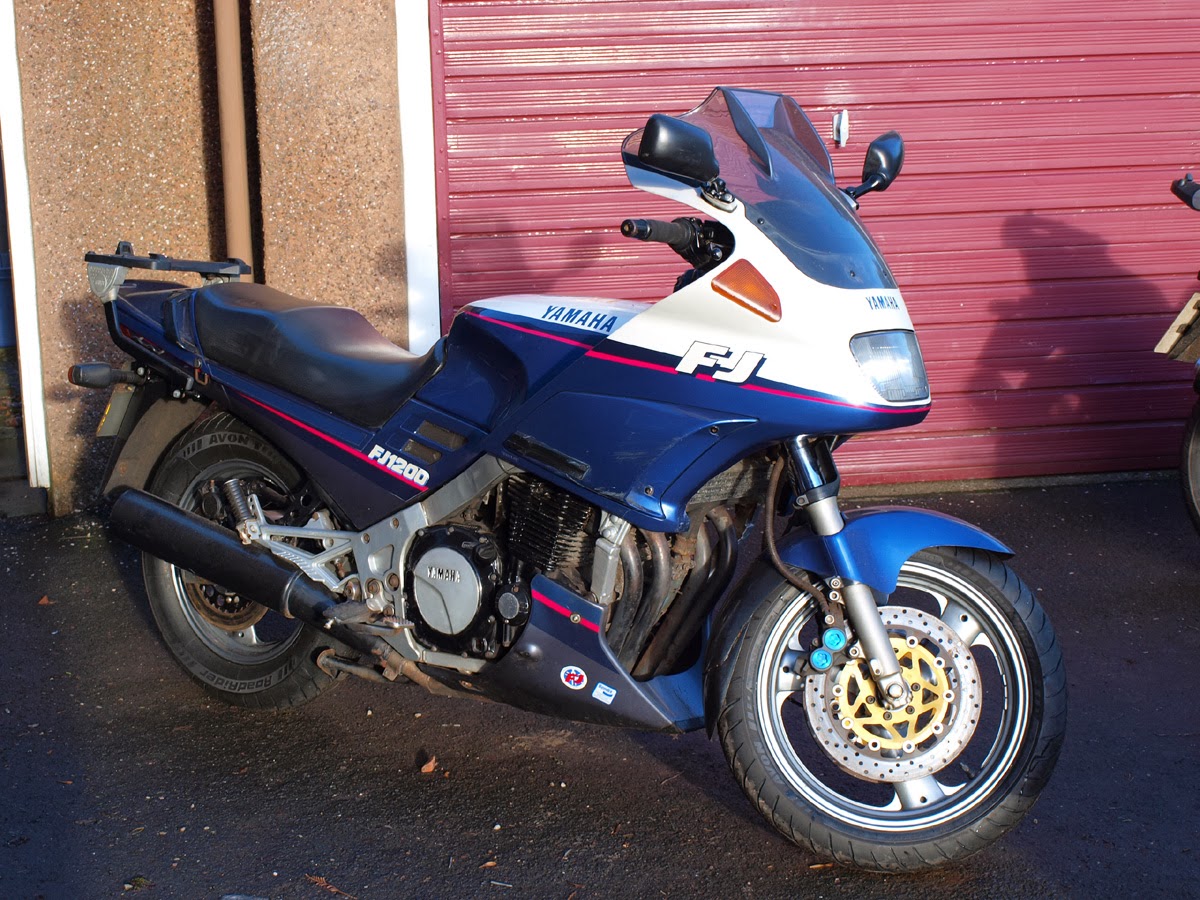 The guys set out to discover whether a motorcycle can be ridden over water. The answer is yes - for a bit anyway. The finale was Jamie riding a bike into a lake at 80mph and skimming over the surface in a surprisingly controlled manner for 100yards before losing speed and sinking. 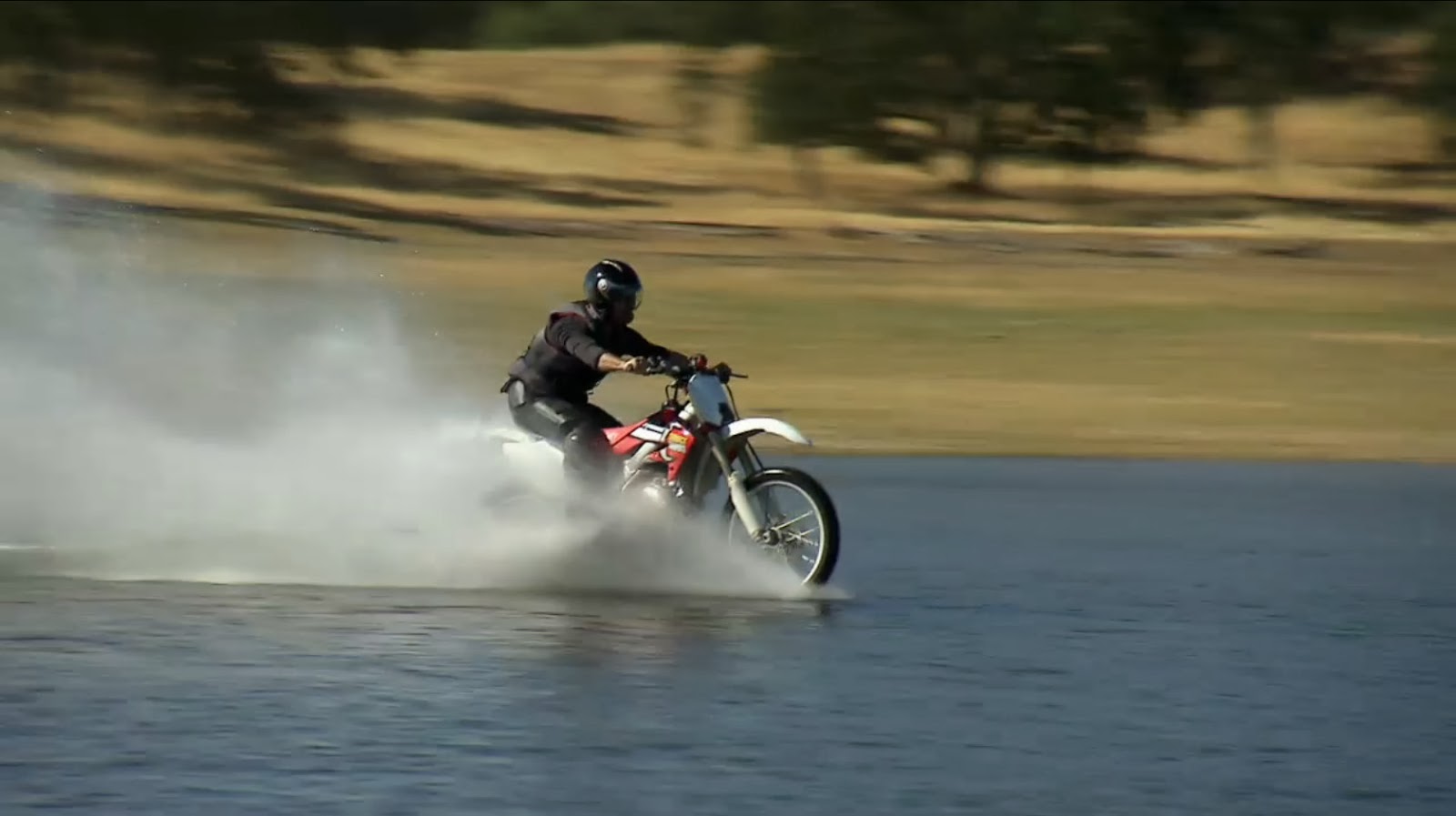 Motorcycle racer Martin takes on a number of speed related challenges. This week he also tries to ride on water. Last week he attempted to break the British paced cycle record. 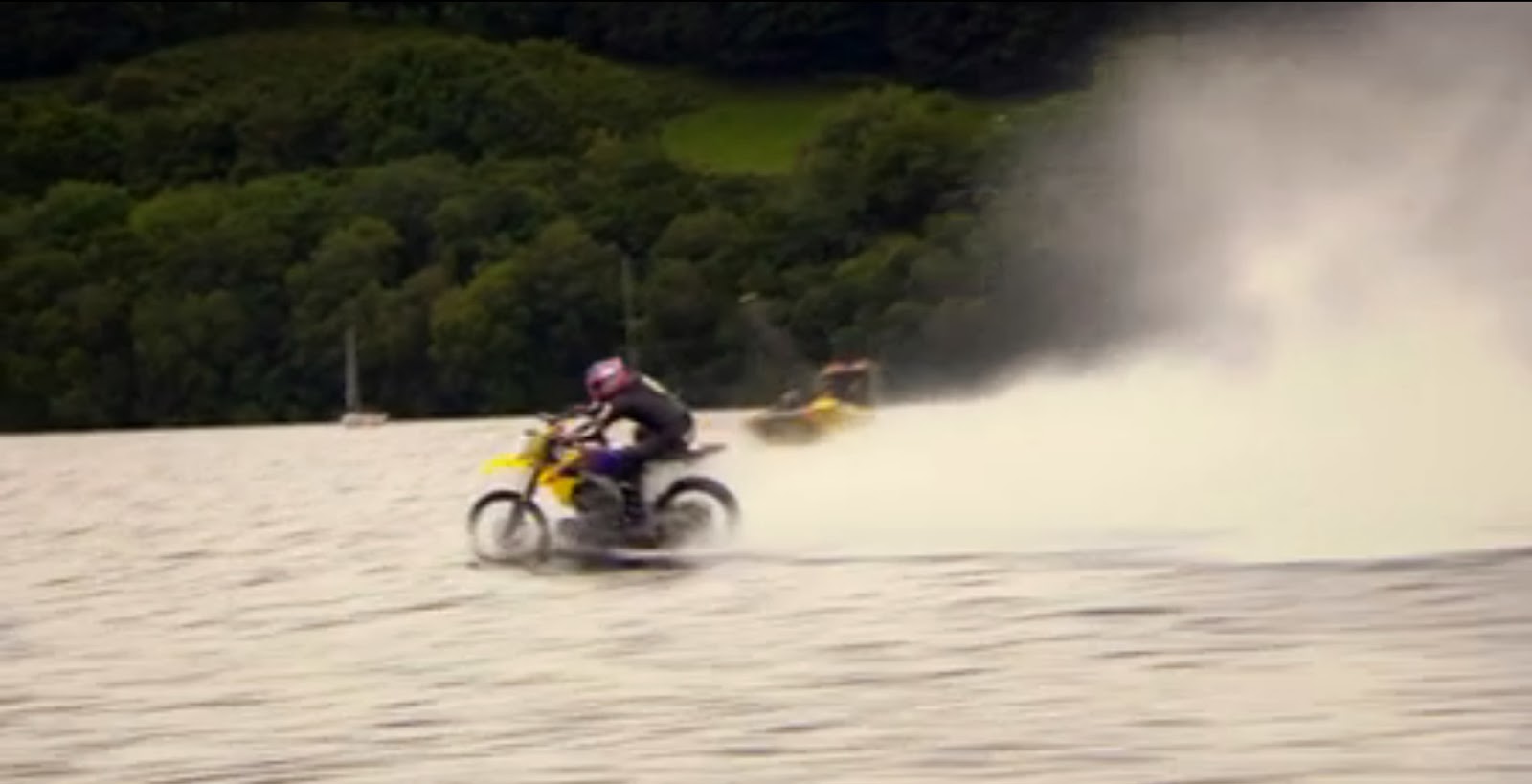 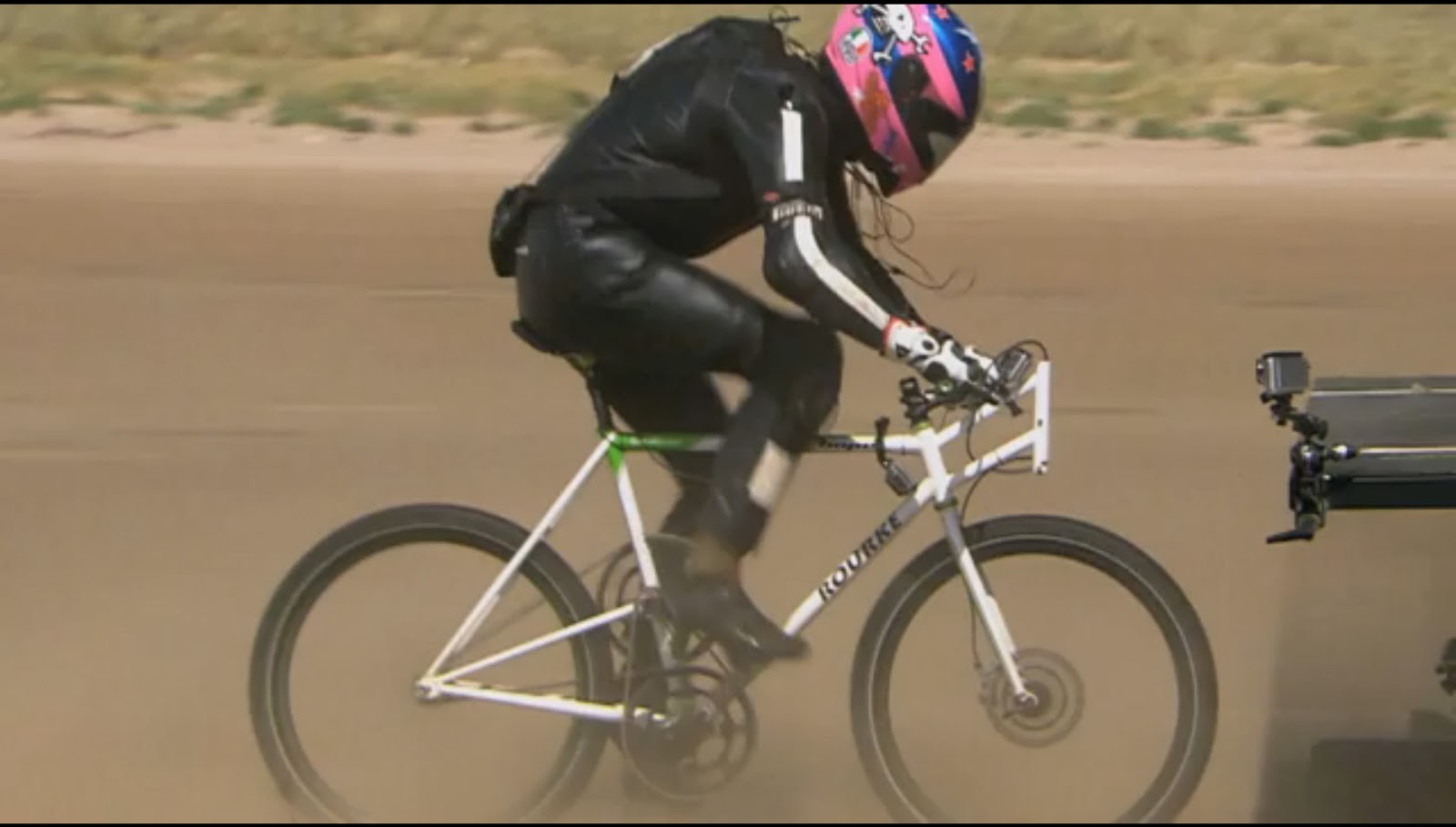 Top Gear presenter May attempts to ride a bike made from meccano round the 37 mile Isle of Man TT circuit. A very slow circuit but the programme has plenty of footage of the island. 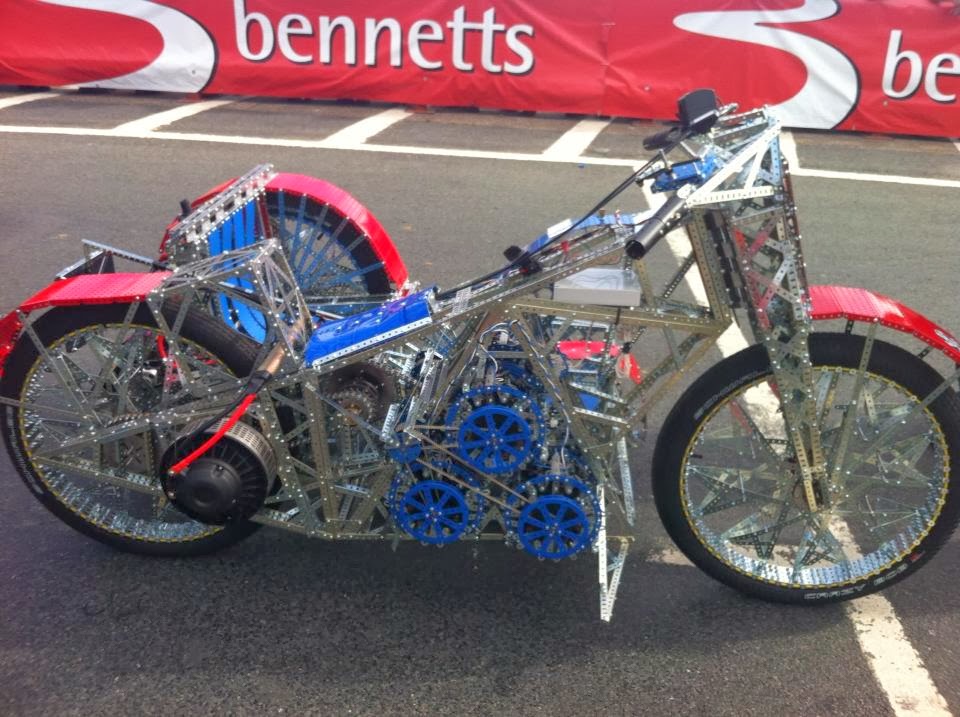 
Available until 11 January on BBC iPlayer

Channel 4OD & BBC iPlayer are only available in the UK.