Then Came the Last Days of October

Then Came the Last Days of October *

Last weekend was one of the most depressing of the year for me. Why? because the clocks went forward. We moved from British Summer Time to Greenwich Mean Time. It means darker evenings and winter on the way.

We recently had some frost and they started gritting the roads. This prompted me to get my CBF250 back on the road.

I've been riding my SV650 and FJ1200 since spring but it's time to get back on the little one. I checked it over and charged up the battery and all seemed ok. I then took it for an MOT (UK annual vehicle inspection test) and paid the road tax (correctly Vehicle Excise Duty) The tax on the CBF, while less than the other bikes, is more than Gwen's Ford Mondeo - grrrr. 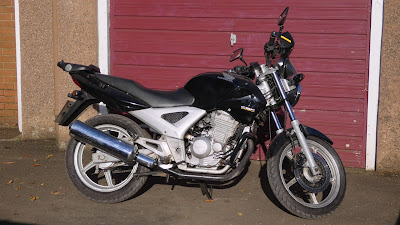 I ride all year round and there is a logic to having a "winter bike" like the CBF. Road salt is damaging - it causes corrosion and it's best to spare the big bikes this. The CBF is also light and easy to handle so ideal for occasions when it's slippery. Its lack of power is not an issue when riding about town or going fairly short distances. It cruises at 65mph without fuss so it's not exactly slow. The CBF will be my primary transport for the next four or five months. The SV & FJ will always be available and I'll use one of them if the weather allows.

* I'm try to get a song title in here. I'm referencing "Then Came the Last Days of May" by Blue Oyster Cult - a nice little tune.

My garden weather station (the birdbath) indicates that its cold. Now where did I put my thermal onesie? 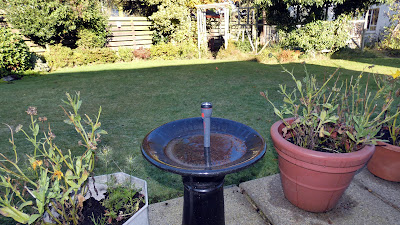 It's getting close to the time when such journeys are no longer comfortable but with many layers and the heated grips at "high" I has a pleasant day run to Rannoch Moor & Glencoe. There was some ice in the puddles and it was about as cold as I'd ride 200 miles 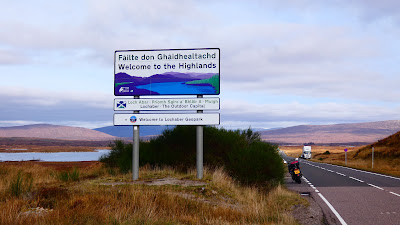 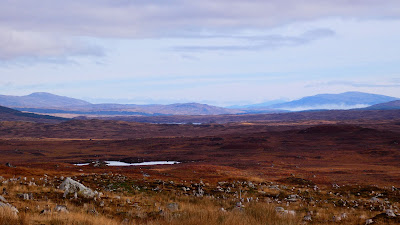 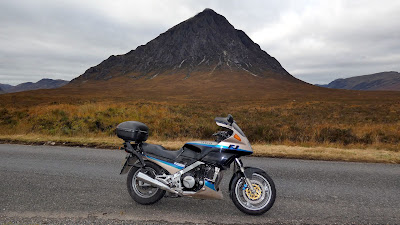 I snapped this impressive butterfly in our garden yesterday. It was easy to identify as a Red Admiral. It was part of a cloud of insects feeding on the large ivy shrub (tree?) The ivy produces tiny round flowers and I guess the insects were getting nectar from them. The flowers will later turn into black berries (looking like pepper corns) and wood pigeons feed on them. 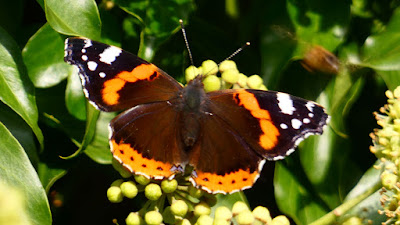 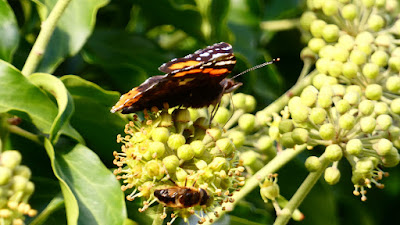 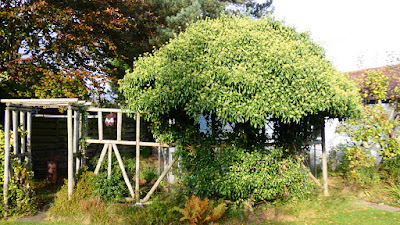 Looking into the Red Admiral I was surprised to find that it's a migratory insect. They winter in North Africa and Southern Europe. It's hard to imaging this little creature making it to Spain but apparently they fly into the sky and let the wind do the rest.

They must be able to choose the right wind direction because the prevailing wind here is westerly and that would carry them into the North Sea. I guess the ivy nectar will provide energy for its journey.

Yesterday I took a run down to Kirkcudbright to meet the VMCC on their "Early Motor Bicycle Run" from Castle Douglas. This event is for pre 1924 bikes. You have to admire those who keep these bikes running many of which were well over 100 years old (the bikes I mean but the owners/riders look only slightly younger). You also have to admire anyone who would ride one on public roads. Remember that some of these oldies lack modern refinements such as clutches, gearboxes, suspension, electric lighting and anything much resembling brakes.

It was a dull but dry day. We managed to get home before storm Lorenzo arrived. 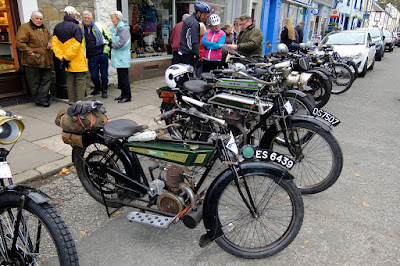 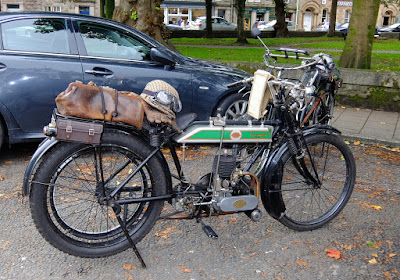 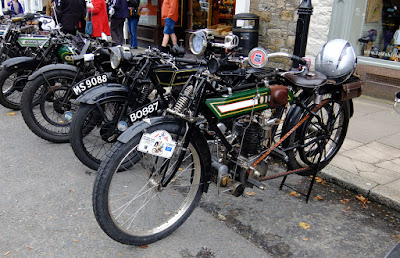 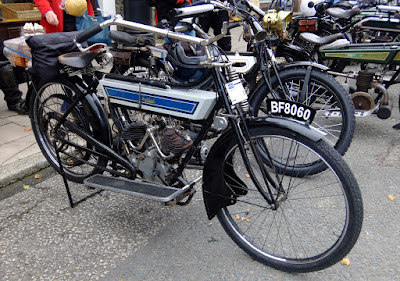 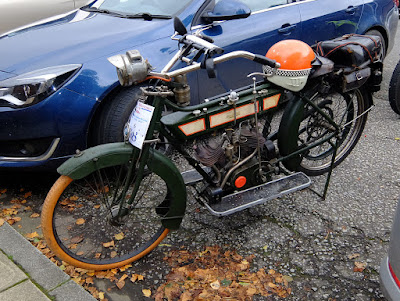 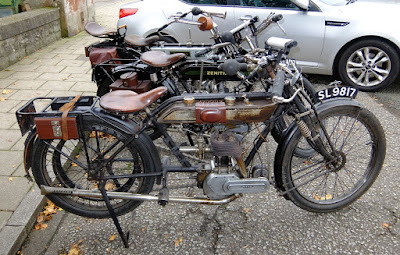