I'm out & about on the FJ again. It's cloudy and coolish, but this is Scotland and if I were to wait for perfect weather to ride I'd likely wait a good while. 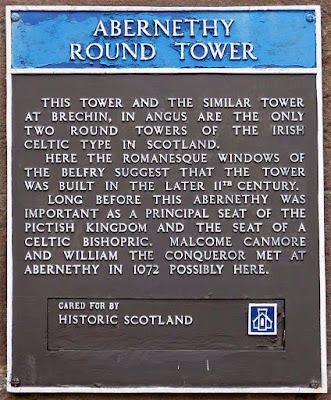 Another Wee Run (with some Architecture)

I'm out on the FJ again. At this time of year I have a minor panic. Although still August, the chill of autumn is here so I try to get out when I can. Today I'm in Galloway, a favourite area of mine in South West Scotland.

By chance I came across a couple of buildings of interest. 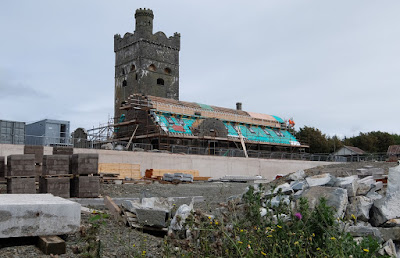 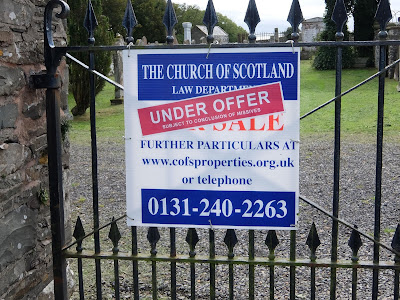 I was up early this morning. Gwen donated an unwanted sofa to a local charity shop. Yesterday she got a text "we'll pick it up at 7:30am tomorrow". That's the middle of the night to a man of leisure and I had to be up to hand it over to them.

Anyway when I thought that rush hour was over I headed to the Highlands. If you read my posts and are not from these islands you might get the idea that Scotland has a sunny, Mediterranean climate because I try to pick nice days to ride but today was much more representative.

Monty Python fans may recognise it as Castle Aaargh from the film, Monty Python and the Holy Grail.

In Search of an American Hero

I've past the signs previously but today I visited the John Paul Jones museum at his birthplace near Dumfries in southwest Scotland.

Jones was a naval captain who fled to (then) British Virginia after killing a crewman. When the War of Independence began he commanded a ship in the Continental Navy and has been called "the father of the US Navy".

During the war he operating out of France and audaciously attacked British ships & ports. He was taking a risk, the British considered him a traitor and pirate and he would have been harshly punished if captured. 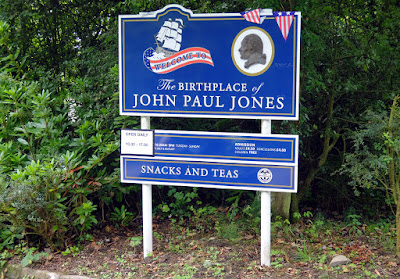 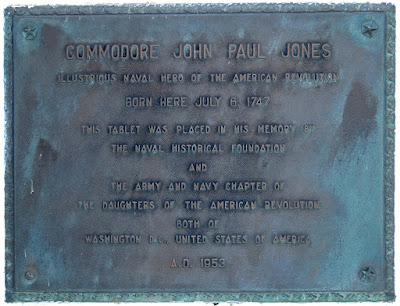 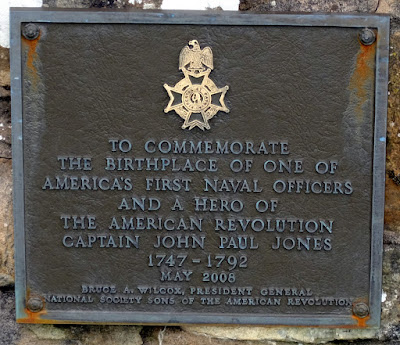 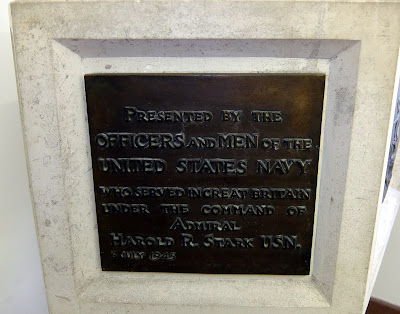 Jones died and was buried in Paris in 1792. In 1905 his body was exhumed and reburied at the US Naval Academy in Annapolis, Maryland.


On the way home.

After the engine work the CBF fired up and ran ok. I think the little bike has a bit of life left in it.


The CBF was a pleasure to work on. It's well made, access is good and things came apart and went back together without any problems.


Was it worth it? The cost of the parts was fairly small - £115. I spent some time doing the work but, hey, it's a hobby and time isn't an issue for a "man of leisure". Most people would have scrapped the bike after such an incident. This is understandable. But if I get another couple of years out of the bike it will have been worthwhile. 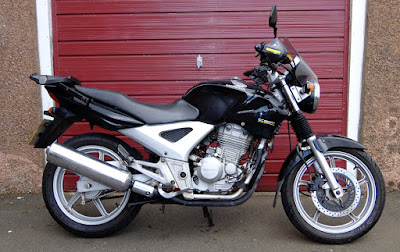 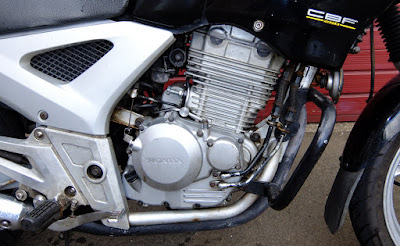 The new valves must be "lapped" into the valves seats. This is a process to ensure a good gas seal. For this I need a lapping tool (a wooden rod with suckers on each end) and some abrasive paste.


Luckily I've got a factory manual to help me. I bought it as a pdf file when I got the bike. A slight problem - it's in Portuguese - the bike was built in Brazil. Not a problem, Google Translate is my friend. Later I got an English version but it wasn't that good. It looked like it had been translated by a computer or someone who didn't speak English….or Portuguese. All part of the fun, I suppose.

Then,as the manuals are wont to say "reassemble in the reverse order of disassembly"

I had to fit the new valves and I also had to refit the undamaged exhaust valves I removed to fit new oil seal and lap them in. I borrowed a valve spring compressor from my friend Ron (I mean, a man with two Velocettes and a Norton MUST have a valve spring compressor)
Unfortunately his compressor didn't fit (the prongs were too wide to fit into the bike's head) He said I could modify it as necessary but I didn't want to mutilate his long serving tool. I made one based on Ron's tool out of some scrap steel sections.


So did it work after this? - See final enstallment coming soon.