A Day Out at Summerlee

We had a pleasant meet up today at the Summerlee Industrial museum in Coatbridge where there was a rally of classic cars. We were busy yacking about bikes but I managed to take a few snaps.

This bike had been in the news recently because it is being sold at auction and is likely to achieve a world record price.

The bike is a 1928 Brough Superior SS100. These bikes were considered the "Rolls Royce of motorcycles" and were guaranteed to achieve 100mph - an amazing speed in their day. But for its original owner, Charles Hobbs, this was not enough. He commissioned the engine supplier, JA Preswich, to manufacture barrels to increase the capacity from 980cc to 1,142cc. Along with hot cams, twin carbs, high compression pistons and special fuel the bike became the fastest road bike in the world with a top speed of 115mph. A later owner claimed 126mph on public roads. 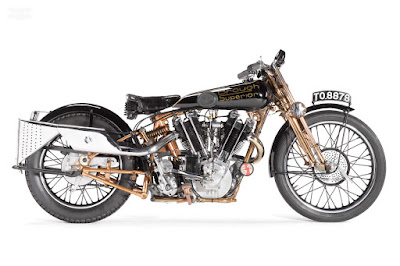 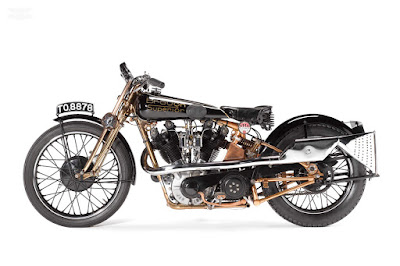 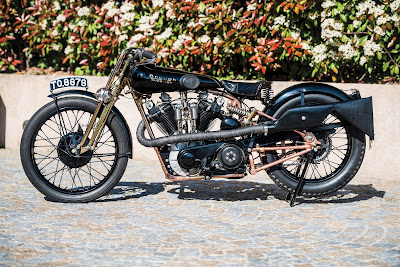 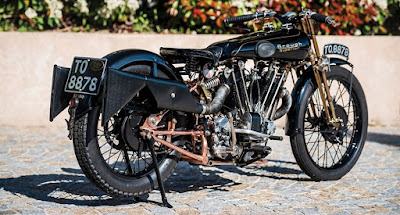 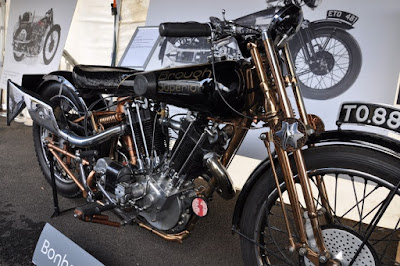 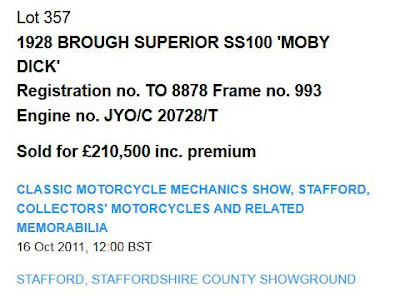 As a footnote….. Brough motorcycles were started in Nottingham in 1902 by William Edward Brough. His son, George Brough, worked with him and then started his own company in 1919. Now you can imagine that Pops wasn't impressed when his boy called his bikes Brough Superior. "What does that make me, Brough Inferior?" he was reported to have said.
Posted by fj_stuart at 13:14 No comments:

London - In Praise of the Train

For our trip to London we took the train. In the past we travelled by rail but then switched to flying when budget airlines started to offer cheaper and quicker journeys.

But I'm not a fan of flying and we found out that the train is a good option these days. Firstly the journey time for the 400 mile route is four and a half hours. This is pretty amazing given that it made six stops en route. The plane takes an hour but once you add on get to and coming from airports, security, etc there's not much difference. Also the train is just a lot more civilised.

The Pendolino trains travel at 125 mph. A thing to remember is that, unlike many other European countries, the track is not a modern high speed line but one constructed in the 19th century. The Pendolino train can bank over like a motorcycle to provide comfort when cornering at high speed.

By booking well in advance the return journey was quite good value at £60. Flights can be cheaper but you have to add on a taxi or parking at Glasgow airport and a train journey from Stansted airport 30 miles north of London where the budget airlines fly to. 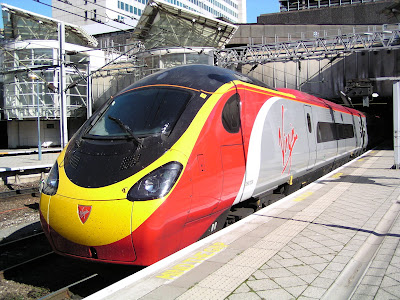 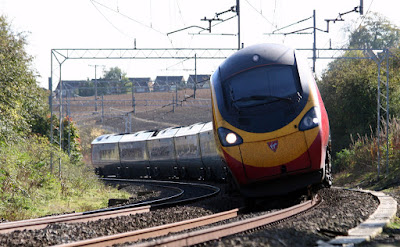 A common sight in London is someone on a scooter with a large map on a holder in front of them. They are trying to gain "The Knowledge" necessary to become a taxi (or rather hackney carriage) driver.

To pass the drivers' exam they have to know 320 routes in Central London along with tens of  thousand of roads and places of interest. Gaining the knowledge takes an average of three years.

In the era of satellite navigation and Uber cabs this may seem like an anachronism, but the British like their traditions.

We're just back from a long weekend in London. We've been visiting the capital on a regular basis for well over 30 years but it's still easy to find new areas and landmarks. The weather was very good (blue skies and up to 23C/73F) so we spent most of out time outside. London is a teeming metropolis but has many green places. No Tower of London or Buckingham Palace - here's my alternative London. 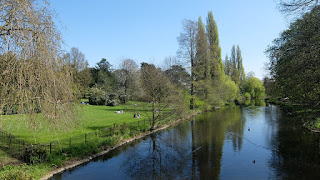