I came across this sign attached to a telegraph pole in Dumfries & Galloway recently. It's in the middle of nowhere - a minor road between St John's Town of Dalry & Carsphairn. 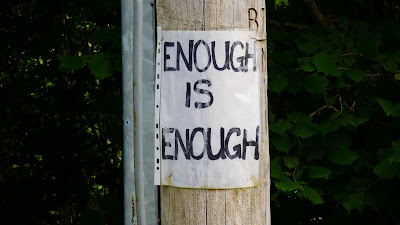 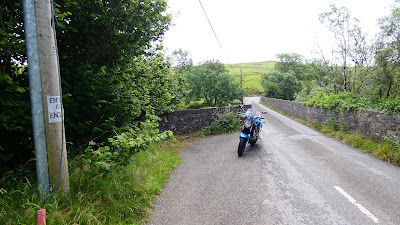 There was no further information and no apparent context for the protest. There is very little traffic on this road so it won't be seen by many. But someone felt the urge to make up the sign and post it.

Here I'm doing a maintenance task that I was really not looking forward to.


The SV's engine has many virtues. It's slim, powerful, torquey and smooth but maintenance is a bit tricky. I've ridden the SV for 20,000 miles and a valve clearance check was overdue.

The engine is a double overhead camshaft design with four valves per cylinder. Valve adjustment is by shims under buckets. This is the same as my CBF (My FJ has shims over buckets which makes things much easier) I've adjusted bikes with this arrangement and it's ok so long as you're comfortable about taking engines apart - the camshaft needs to be removed to if you have to replace the shims.

The problem with the SV is access. The front cylinder head is obscured by the radiator and the rear cylinder lives deep inside the frame. I think that checking the gaps should be straightforward but adjustment less so. When you remove the cams you have to remove the cam chain tensioner and access seems tricky.

I watched some YouTube videos about checking & adjusting the valves. If these guys can do it, so can I.


mmmm. All the valves are tight or at the low end of the specified clearances. I'm going to have to do a bit more work.

You might be surprised that the clearances are on the low side. You might assume that clearances would tend to get larger due to wear on the camshaft and followers. But I think in modern engines with good oil the rate of wear is negligible. What happens is that the valve bashes it way into the head (very slightly) thus reducing the gap.


I found a guide on the web and it turns out you don't have to remove the tensioner. You can remove the spring and release the ratchet that prevents the plunger retracting.

My calculation sheet. (dimensions in 1/100 mm) Here I work out what shim to fit to get the correct clearance. The valves that are in spec but near the lower limit will get a shim one size (0.05mm smaller) this will bring them into the middle of the range. I'm do this because it will hopefully mean that they are less likely to go out of spec in the future.

I'm swapping all four shims but only have to buy two since the two from the exhaust valves can be used on the inlet valves.

At this point you might expect me to do the rear cylinder. But its checked with the crankshaft in a different position and I'm loath to turn the engine with the cams out. I'll wait until I've got & fitted the new shims before working on the rear. This makes the job slower but I think worth it.

I got a pair of new shims and installed them. The existing shims from the exhaust valves went into the inlets and I put things back together. I checked the clearance and they're all now in spec. 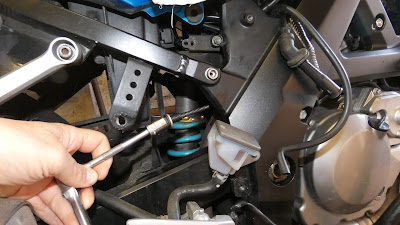 The rear cylinder is a repeat of the front cylinder. This time the tensioner bolt is hidden behind the frame. I removed the footrest hangers and I can get to the bolt by feel.

As with the front, two of the clearances were tight and two were on the low end of the spec range. Again I decided to put in shims two sizes smaller (0.10mm) into the valves out of spec and one size smaller (0.05mm) in those on the bottom end of the range to get them in the middle of the range.

Again I ended up with a set of valves with in-spec clearances. I now put everything back together and I'm good to go.
The bike is all back together and running fine. The next check is in 15,000 miles or about 3 years of riding. Experience tells me that once set the clearances are likely to stay in spec. The job was a bit of work but not as bad as I had feared.
Posted by fj_stuart at 05:16 No comments:

A Viewpoint with Something Missing

And it's something pretty important…. a view.


On my way to Kinloch Hourn I rode a few miles past my turn-off to see one of the finest views in Scotland from the viewpoint at Glengarry. There is a stunning vista westwards along Loch Garry to the mountains beyond.

There was a constant stream of tourists stopping and looking distinctly underwhelmed. I explained to a couple of foreign woman that they used to be a great view here…20 years ago.

Someone really needs to get busy with a chainsaw.
Posted by fj_stuart at 16:45 1 comment:

Or "Far from the Madding Crowd" Highland style.


It's in the West Highlands and runs from Loch Garry westwards to Kinloch Hourn.

The single track road leaves the main road north of Inverness and runs 22 miles past Loch Garry and Loch Quoich to Loch Hourn. I usually avoid the West Highlands in high summer because the roads are jammed with tourists. I was searching for solitude & great scenery….and I wasn't disappointed. 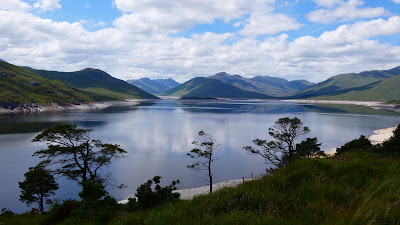 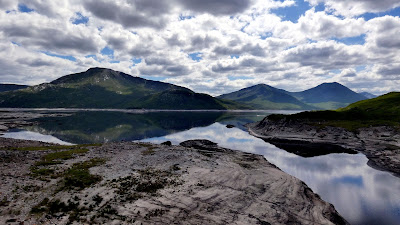 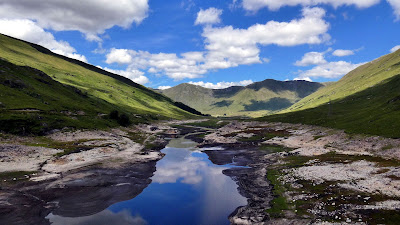 On a farm road outside Kilbirnie in Ayrshire today I came across this charming memorial bench. It was surrounded by well-tended flower boxes. 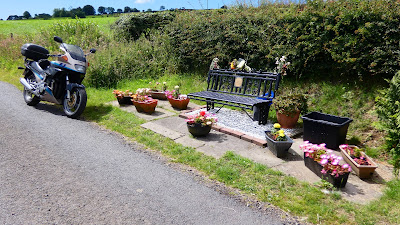 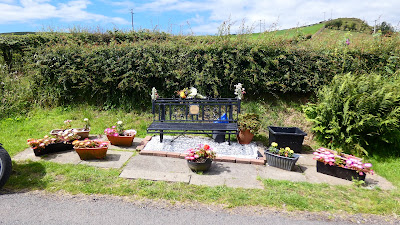 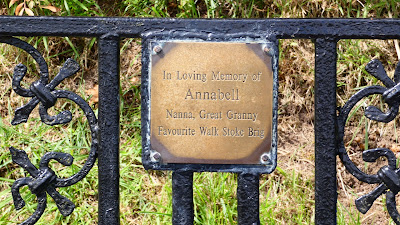 Borders Run on the FJ

I took the big beast for a run to the Scottish Borders. It is strange riding the FJ even after a break of only a couple of months. Compared to the SV it's heavy but comfortable and an effortless high speed cruiser.