During my run along the White Cart I was reminded of events from my past. In 1992 I was working on a construction site building the M77 motorway at the point where it crosses the river. 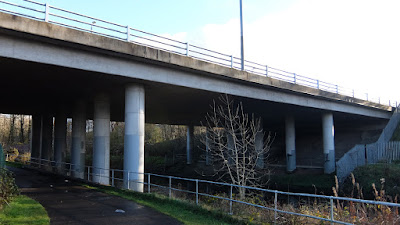 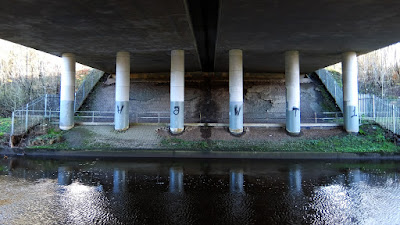 Here I met Colin MacLeod. You could say we were on opposing sides. He was an anti-roads protestor. For the year it took to complete this section of the road he camped out in the woods engaged in a (mostly) one man protest. He came to prominence when he took to the trees and lived up there for nine days. He was dubbed "The Birdman of Pollok" by the press. 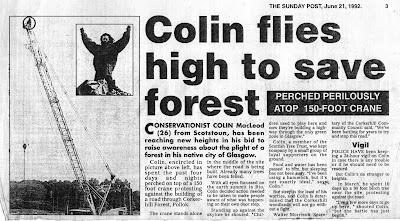 In June he upped the ante. We arrived for work on Monday morning to find Colin perched on top of the 150 foot jib of a crawler crane. The police were called and the crane operator told the cops "I'll lower the jib so you can arrest him". The cops replied that if he fell off and was injured they'd arrest the operator. 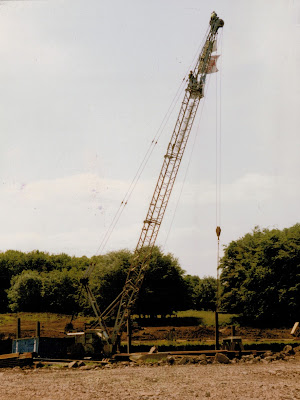 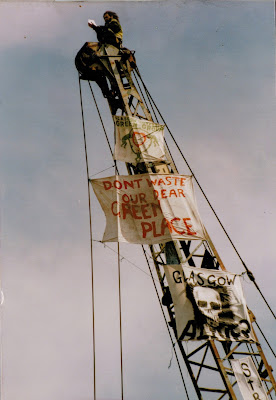 So we waited…..for 6 days. Then Colin came down, was promptly arrested then bailed out by his supporters. The road was completed without much further interruption. I had to admire his dedication to his cause. He died at a young age in 2005. 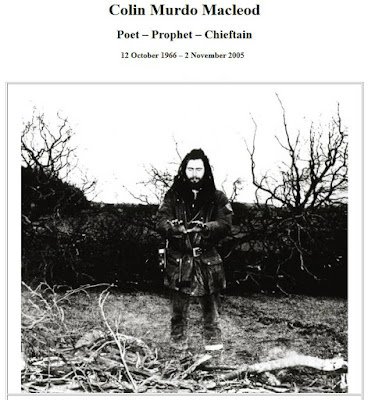 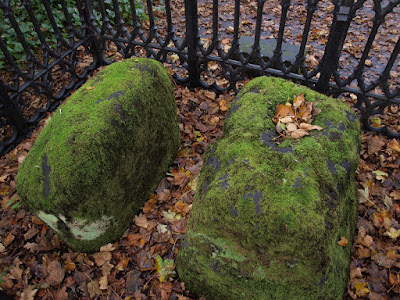 I hope you enjoyed my run across the grey old city. As always I was aware of how much is packed into a small distance in this country and that even though it's cool, wet & dull a run on the bike can be enjoyable.

It's an idea of mine to follow the course of a river and see that I can find. I've posted a few such runs. But it's cold, dull and wet so I'm reluctant to go too far. The White Cart is a short river that rises in the hills near me and wanders across the south side of Glasgow for about 20 miles before joining the River Clyde. There can't be much of interest in that. Can there? Well let's see. 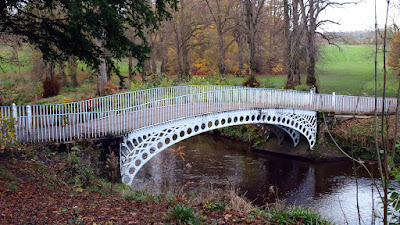 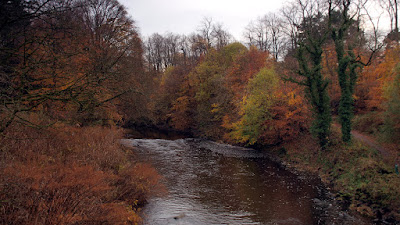 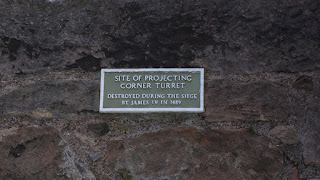 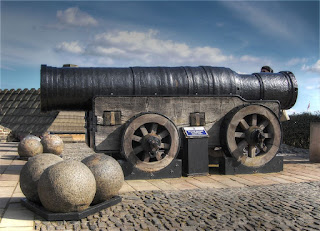 Honda recently announced that they had built 100 million Super Cubs since production started in 1958 making it the most numerous powered vehicle ever.

The story of the Cub started in 1956 when Honda's founders Soichiro Honda and Takeo Fujisawa visited Germany and noticed the popularity of small motorcycles and scooters. They came up with the idea of a "universal motorcycle" that would appeal to a wide range of buyers in the West and the developing world. They rejected the scooter concept because the small wheels could not cope with poor roads in developing areas and because the enclosed engine made maintenance difficult.

The bike is no longer in Honda's range in the West having been superseded by scooters but its popularity not only continues but is increasing. It is currently produced in 15 countries from Viet Nan to Peru. The first 50 million units took from 1958 until 2005 to produce but that figure has now doubled.

The bike is a "step thru" with a pressed steel chassis and central spine. The engine is suspended below the spine. The motor is a four stroke of 50-110cc. Small bikes had been two strokes but the four stroke gave the C50 durability and economy. The bike had a conventional three, later four speed gearbox but an automatic centrifugal clutch. Fujisawa saw the bike being used to deliver bowls of noodles and that the rider could hold a tray and ride at the same time!

In 2015 Kawasaki introduced the Ninja H2. This is a supersport bike powered by a supercharged 1000cc 4 cylinder engine. Initially there were two versions. A street bike with 200 bhp and the track-only H2R with an insane 310 bhp. These bikes are expensive - the H2 is twice the price of the ZZR1400 (ZX14) or ZX10 and the H2R is a lot more.

The H2 doesn't seem the obvious basis for a touring machine but Kawasaki have announced the H2 SX. This is a sports touring version with a more relaxed riding position and panniers. So if you have deep pockets (probably about £30,000 - no price yet) and like to tour very fast - this might be for you. 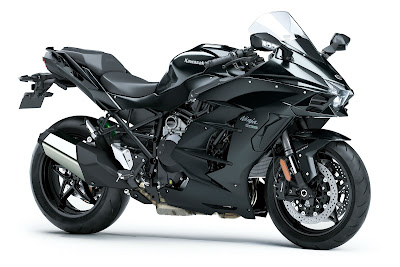 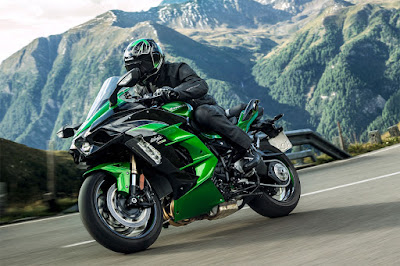 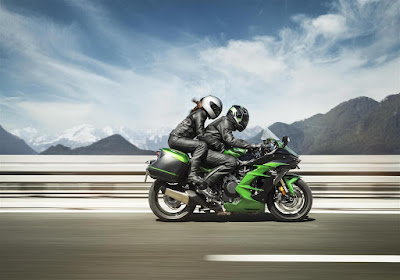 Loch Lomond is Scotland's largest loch - ok, it's only 24 miles long by 5 miles wide at its maximum. Tiny by international standards, but hey, it's ours.

It's also probably the most visited due to its proximity to Glasgow. But today it was quiet with most of the tourists long gone. It made a good location of a short run. 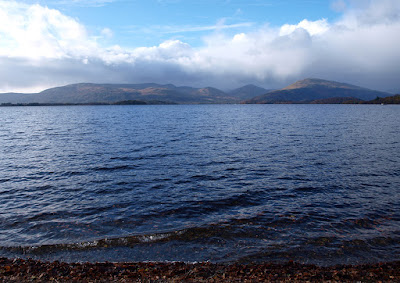 A strange thing happened today - the sun shone. So I had to get out for a run. I thought it would be cold so I took the CBF rather than the SV. In doing this I lost 50 bhp but gained a pair of heated grips. As it turned out it was pleasantly mild in the sun but the grips saved the day as it became evening.