Even Further Along the Coast


Yesterday I completed my tour of the Lothian coast by visiting the town of Dunbar. It's a few years since I was here and it was good to return. The day started bright but frosty, luckily it warmed up a bit.

The focus of the town is its harbour and the ruined castle. Dunbar Castle was once considered the strongest fortress in the country and has a turbulent history having being destroyed and re-built several times. It's old. There's been a castle here since the 11th century. Strangely its strength was its downfall. In 1567 the Scottish Parliament ordered its destruction because it was feared that an enemy capturing the castle could endanger the whole country.


At the other end of the harbour is a building that used to be battery for cannon. This was built in 1781 to defend the harbour. It's a little known part of our history (well, little known by me) that during the American War of Independence rebel ships operated out of France and attacked British ports.

In 1779 & 81 there were unsuccessful actions against the town that prompted the building of the defences. Both attacks were carried out by British captains acting for the Americans. The first of these being by Scotsman John Paul Jones, the "father of the US Navy". Although an American hero he seems to have been a dubious character and his actions may have been more in search of plunder rather than in support of the revolution. He went on to become the bass guitarist in Led Zeppelin, but that's another story.


Our cold weather persists but it was sunny today so I got out for a favourite run of mine. 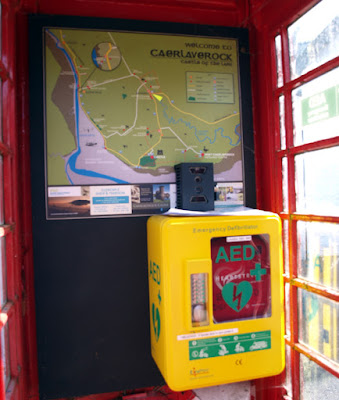 So the snow melted, then it fell again, then it (mostly) melted again.

There were reports on the TV that a nearby area, the Carron Valley, had been badly affected. Some people had been cut off for a week and even the snow plough couldn't get through.

Today I tried to visit the affected area. It isn't remote being in the Campsie hills only 12 miles from the city centre.

Britain is currently enduring a period of freezing, snowy weather. This is due to cold winds from the east.

Here is an interesting satellite picture. It shows almost the entire country blanketed in snow. 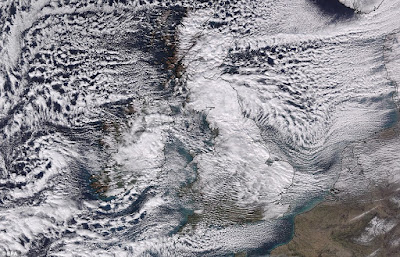