Fine weather in March is rare here so I took advantage to go for another run on Monday.

A Run in the Sun


It's been a long time coming but yesterday was sunny and fairly warm. It looked like every bike in Scotland was out on the road. I headed for Ayrshire and Dumfries & Galloway.


Ok, I promise that this is the last Bike Show related post.


In my first post I included a photo of an old bike that wasn't all it seemed. The engine is from a Yamaha XV250 Virago (I think). Well done to Andrew Thompson who identified it in the original posting. I was thrown off a bit because the chrome cylinder head covers had been removed. 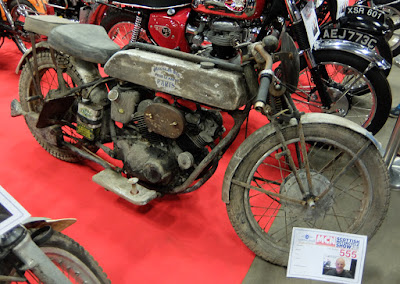 
As we left the show we found a guy in the motorcycle parking area struggling at the front of his Kawasaki ER5. He had attached an old combination padlock to his front disc and the thing refused to come off. He said he would phone his recovery service.

Malcolm emailed me later to say that after I departed the guy's recovery service refused to help because there wasn't anything wrong with the bike. He then went back into the show and bought a pair of bolt cutters and some bungee cords. All's well that ends well. 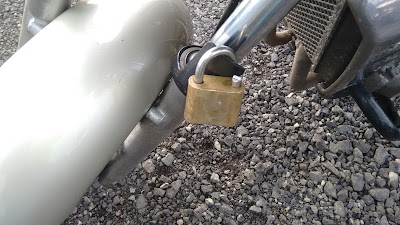 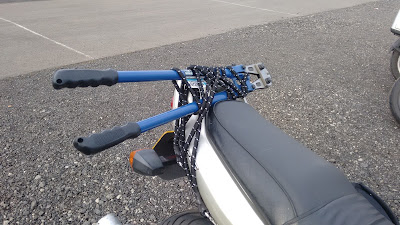 There were a couple of round-the-world Hondas at the show. 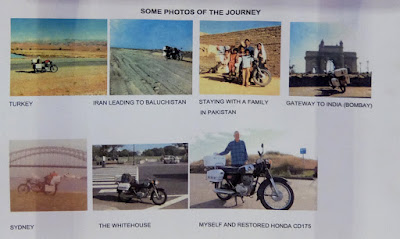 But who needs a 175cc twin to go round the world? Nathan Millward did it on a CT110 "Postie bike". This is a version of the Cub developed for the Australian postal service. 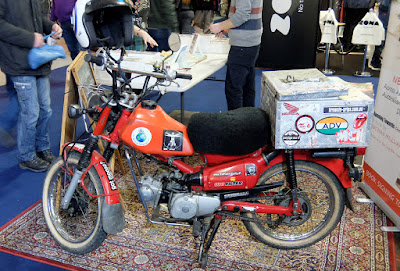 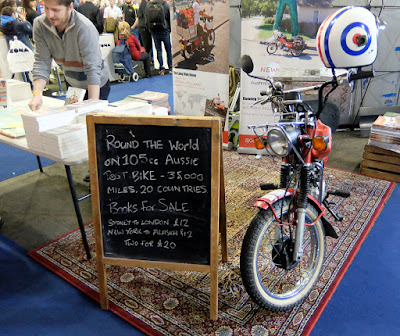 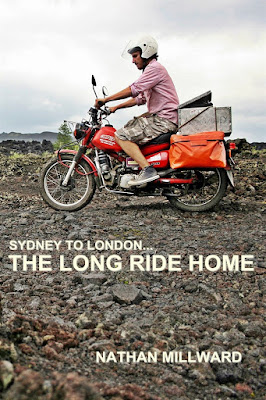 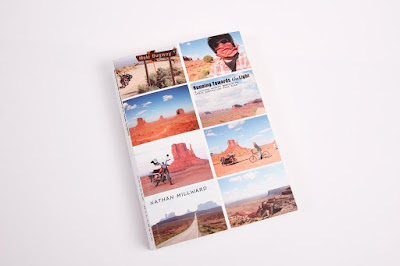 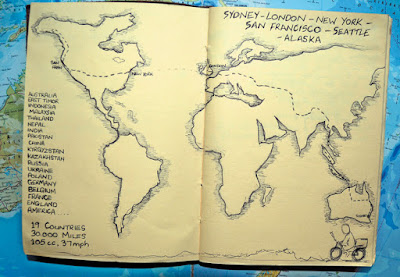