Getting the SV Out

After a couple on months riding the CBF250 it was good to get my SV650 out for a short run in (almost) spring-like weather. 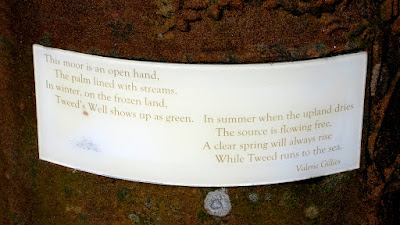 The text was hard to photograph but it's a short version of this:

From the Gazetteer for Scotland

A modest memorial sitting beside the Cross Burn and next to the A701 road 5½ miles (9 km) north of Moffat, the Mail Coach Monument (or Postie Stone) was erected in 1931 to commemorate James McGeorge and John Goodfellow, respectively the guard and driver of the mail coach bound from Dumfries to Edinburgh, who died from exposure in a fierce snow-storm on the 1st February 1831. The pair had been forced to abandon their coach, yet fought onwards through the snow with the mail bags before succumbing close to the head of the Cross Burn. They had taken the coach-horses, who survived and managed to reach a local farm, thereby raising the alarm. The men were buried in the Old Churchyard in Moffat and fondly remembered by the towns-folk for their dedication to their duty. 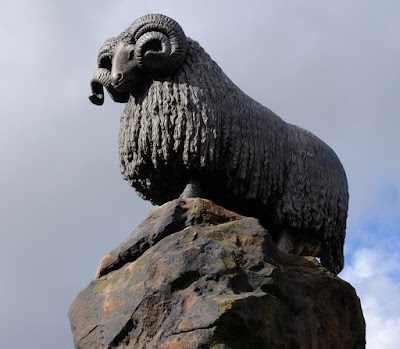