From the late '70's to the early '80's I rode a Suzuki GT500. This was a simple two stroke twin developed from the T500 of 1968. I thought that a 500c air cooled two stroke twin was a unique arrangement but I found that it was also used by the Spanish company OSSA. 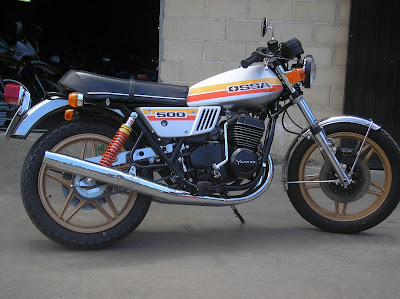 OSSA were best know for off road bikes. In the early '70's the American importer, Yankee (Motors) of Schenectady, New York, wanted to build a powerful dirt bike. OSSA developed the 500cc twin for them from their existing 250c single. The bike, the Yankee Z, was built in the US using OSSA engines. When Yankee went bust OSSA used the engine to produce the OSSA Yankee roadster. It was a pretty fast bike with a claimed 58bhp & 115 mph.


OSSA didn't stop there. They build the amazing Byra, a 1000cc 4 four cylinder monster using a Yankee engine with a 250cc engine attached to either side. The bike was used as an endurance racer and there even seems to have be a prototype road version. 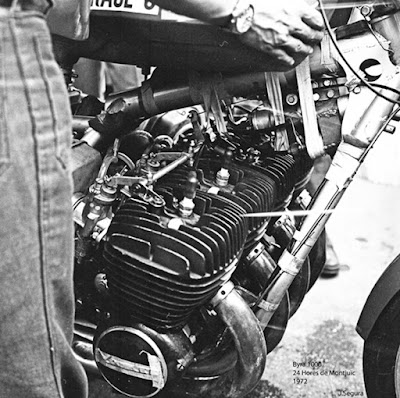 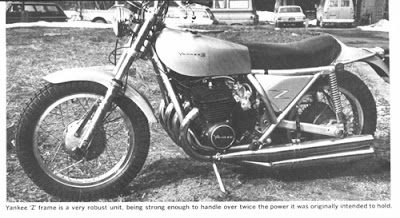