The weatherman said it would be hot today (well, hot by British standards) so I headed to the Pennine Hills.

Between Penrith and Alston I stopped at the ruins of the Hartside Top Café. This was a famous bikers' café that was destroyed by fire earlier this year. 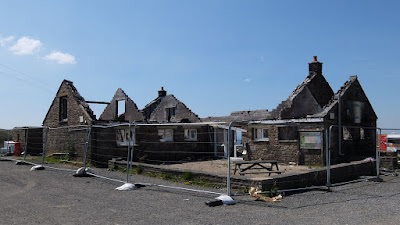 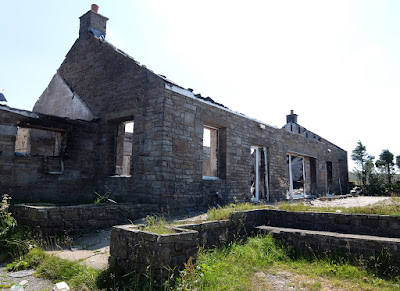 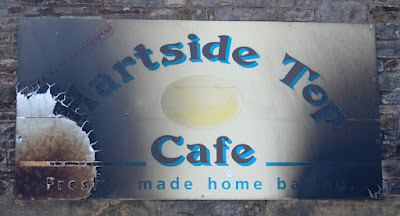 Last winter I took some runs to the Lothian coast - from west of Edinburgh to Dunbar. I thought I'd continue this coastal run through the Scottish Borders.
A period of fine weather here continues but it was more cloudy at the coast, but this gives some dramatic skies.

The Heap Ain't Getting any Smaller….

I've enjoyed riding my re-activated FJ1200 over the last 6 weeks but have had to deal with one issue of owning a heavy, powerful bike - they eat tyres. I had a pair delivered this afternoon and fitted the rear. 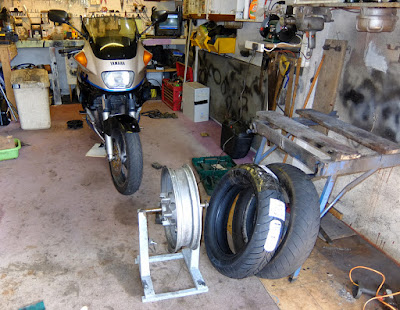 When you run three bikes, do a fair mileage and fit your own tyres you have the problem of disposal. I have an impressive pile of dead tyres at the bottom of my garden. My local coup (rubbish dump) wouldn't take them in the past but now do but charge £3 a tyre. 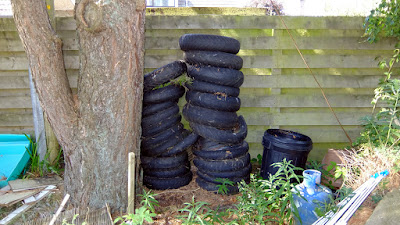 This recently announced bike has generated much excitement in the dirt bike community. It's a trail bike (dual sport to you Americans), a street-legal version of Honda's CRF450X motocrosser and CRF450R enduro. The bike seems to promise serious off-road performance and road bike versatility. The new Honda will challenge Suzuki's long-running DRZ400 and Euro exotica like the KTM EXC500-F. 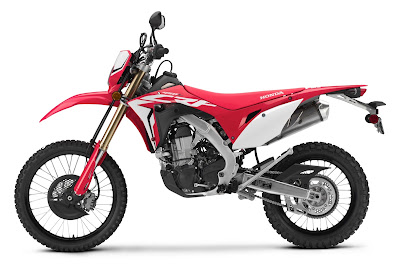 But enthusiasm for the bike diminished when its details became known. Firstly the power was quoted as 25bhp. Unbelievable since the bike's competition cousins put out 50+ bhp and the DRZ 39bhp. This figure seems to be an error by Honda Europe who mixed the bike up with the CRF250L. The real figure is likely to be in the 40's.


Secondly the CRF's service intervals are distinctly competition bike - 600 mile oil changes and 1,800 mile for valve checks. The kicker was a scheduled engine overhaul at 20,000 miles. Again these figures are unbelievable for a dual purpose bike. The DRZ's intervals are 4,000 miles for oil & 15,000 for valves - the same as my SV650. The Honda's intervals only make sense if the rider was doing hard dirt riding only. Riders nowadays expect never to overhaul a modern bike engine. My CBF250 works pretty hard and had done 65,000 miles without an overhaul.

Lastly, this competition heritage doesn't come cheap. Price in the US is nearly $11,000 - 50% more than the DRZ or Honda's own XR650L and about the same as the Honda VFR800 (Interceptor in the US)

There is no indication (that I can find) that the bike will be available on the UK market and at a likely £10,000 here it is not going to be a big seller. Still I'm interested in reading the reviews.

As far as dirt bikes are concerned a favourite of mine was the Honda NC400 Falcon - never on the market here but a type of bike they just don't make anymore - and old fashioned trail bike.

Back on the FJ and a Simple Repair


If you follow my blog you'll see that I've been riding my Yamaha FJ1200 over the last month. The bike was unused since autumn 2016 but is going very well. I did about 1,900 mile on it in June and it was great to get the old thunderer back on the road.

I've done a little maintenance. I changed the engine oil & filter, checked the valve clearances (all ok) and put in new spark plugs.

There was one slight repair I did. The rubber tubes from the airbox to the carburettors had split. Luckily the ones on my old FJ (now a "donor bike") were ok so I swapped them. 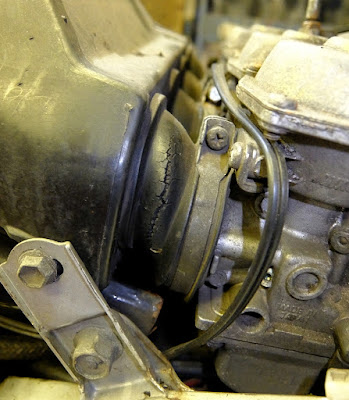