This, for me, is an optimistic time of year. You can see winter coming to an end. It's still cold, but much brighter recently and the darkness of winter is receding. It's early yet and March is the month that winter turns to spring but there are signs. I've been doing some work on the FJ and thinking about runs for the coming year.

I got the bike out for a run today to the Ayrshire coast in sunny but cool weather. 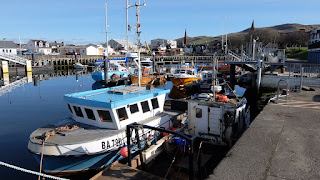 One's a Republican contender for the US presidency; the other is an unidentified serial killer who stalked north California in the 1960s and 70s and may have murdered up to 28 people. But for a surprising number of Americans, they could be one and the same person.

More than a third of people surveyed in a Florida poll think Republican presidential candidate Ted Cruz could be the mysterious Zodiac killer. In a poll that revealed Donald Trump was easily leading nearest rival Marco Rubio head-to-head in the Sunshine State, some people seemed more concerned with the results of the survey’s final question: “Do you think Ted Cruz is the Zodiac killer, or not?” Of Floridians polled, 10 per cent said yes, 62 per cent said no and 28 per cent were unsure - meaning 38 per cent were not entirely ruling out the theory. Ahead of the GOP presidential debate on Thursday night, US polling firm Public Policy Polling asked its Twitter followers to decide its final poll question – with the overwhelming winner being the Cruz/Zodiac conundrum.

The Zodiac killings are one of the most enduring murder mysteries in recent American history. Between 1968 and 1969 a serial killer murdered two men and three women, either by shooting or stabbing them. The killer taunted police and press with a series of cryptic messages, in which he identified himself using the Zodiac sign. He was never found and could have killed dozens more. A film about the killings, Zodiac, starring Jake Gyllenhall, was released in 2007. The link between Ted Cruz and the Zodiac killer, though frivolous, is well established. A tweet jokingly claiming Cruz and the Zodiac were one and the same first appeared in 2013, according to the Daily Dot.

As the GOP’s presidential candidate race has heated up, the gag has snowballed, to the point that a Google search of Cruz’s name brings up the Zodiac killer as one of the top results. For the record, Ted Cruz was born in Canada in 1970, two years after the first confirmed Zodiac killing in California.

article here
Posted by fj_stuart at 08:14 No comments:

The Bridges of Peebles

After a miserably wet weekend this morning dawned sunny & tolerably mild so I took the CBF for a short run to Peebles. 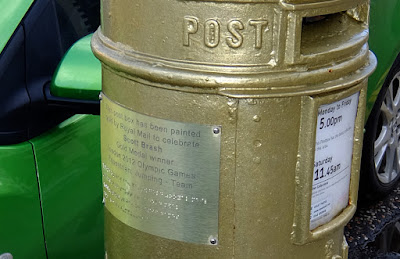 video here
Posted by fj_stuart at 04:38 No comments:

There is snow in the hills north of Glasgow and I went to find it yesterday. On one back road I found more than I had bargained for.

If You Seek Happiness....

The European Commission has published a list of the happiest cities in Europe.

So the conclusion seems to be - if you want to be happy live somewhere cold and expensive. 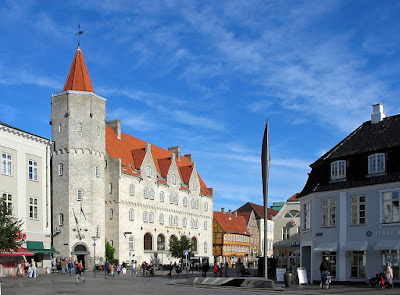 A Journey of Discovery to Dumfriesshire

Today dawned bright but icy. But after a long period of rain I had to get out on the bike. So, well wrapped up, I headed south.
If you follow this blog you'll know that I like castles. There are plenty of them in Scotland and there's nothing like an ancient pile of rubble to improve the landscape. But today I'm seeking an older type of fortification. Prior to stone, castles were made of earth and wood. These were know as "motte and bailey" castles. The motte was a mound onto which a keep was built and the bailey was an enclosed area. They were surrounded by a ditch and timber palisade fence.

This type of castle was introduced by the Normans in the 11th century and replaced by stone castles by the end of the 13th century. A good example of the motte and bailey is near the village of Haugh of Urr* in Dumfriesshire. It was built in the mid 12th century and is notable for the size of the bailey - about 5 acres - so space for a fair sized village.

* A splendid name - rhymes with the Scottish "loch" - a sound not used in English - so they have trouble with this. 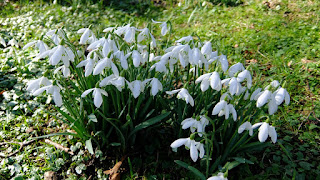