The American writer Bill Bryson, who lives in this country, said that he heard a weather forecast that went something like "it will be cloudy with showers and some brighter intervals". He noted that this could be read out every day in Britain and seldom be wrong. Well, today was one of these days. But we are nothing if not used to changeable weather so it won't spoil a day out, will it? 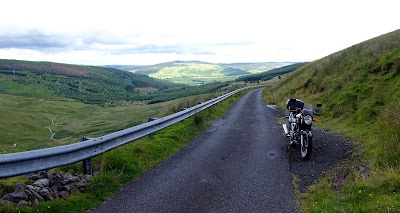 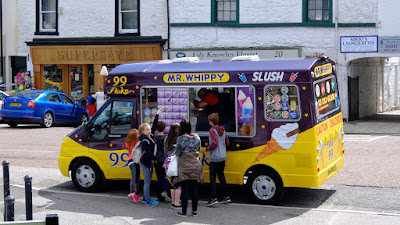 I took a run up the West Highlands today. I passed Connel Bridge and went for a walk over it for the view. I spotted this outfit. It's a Ural with sidecar and caravan. It had a foreign number plate, white, so maybe German.

I've featured this bridge previously. It crosses Loch Etive at the Falls of Lora east of Oban and close to the point the loch joins the sea. It was built in 1903 as a railway bridge but converted to a road bridge when the line closed. 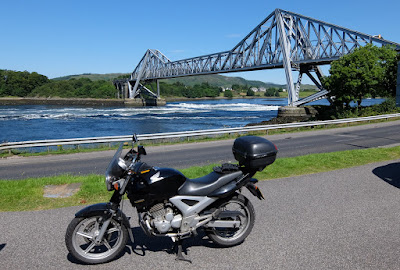 Thanks to "Mr Combo" for identifying this couple. They are from South Eastern France, so a good way from home.

An account of a trip to Norway here
video here 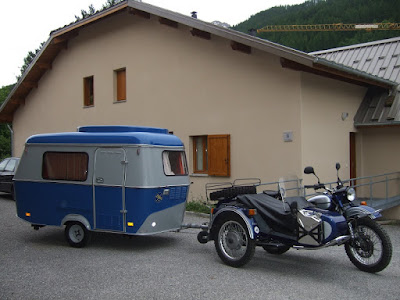 Return to the Lochs


A couple of years ago I posted about a run to the Lochs. I thought it was about time to do this again. 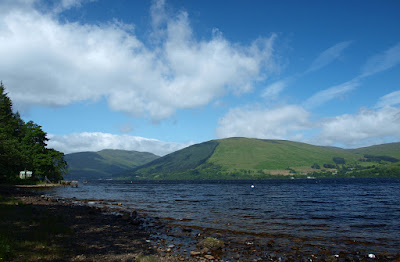 In the News - Mince on Toast

What is it with the Yanks and British food? The foody website Eater reviewed the dish and described it as "a quintessentially British comfort classic". Trouble is no one this country has ever heard of it far less eaten it.

To be fair the dish does actually exist. Eater tried it at the Quality Chop House in East London. Minced beef is served on dripping (animal fat) soaked bread with watercress. This gruesome mess sells for £16.

After the furore New Zealand admitted ownership of the dish. 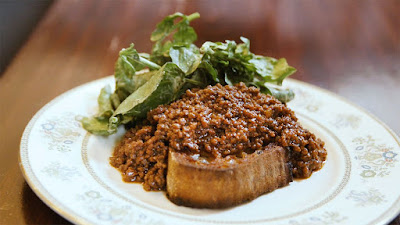 Question 11. Have you had any incidents where bullets, shrapnel or other pieces of metal have entered your body?

That's not a question you get asked every day but then it's not every day you get an MRI scan.

It's six weeks since I had my accident. My broken collar bone is healing nicely and I thought they'd forgotten about the whole brain damage thing. Thinking about it they didn't take a lot of interest in the suspect patches on the old grey matter found in my CT scan. I didn't get any tests re my mental state except for this conversation:

Doctor - do you know where you are?
Me -       Hairmyres Hospital, East Kilbride
Doctor - yeah, you seem ok.

Actually maybe he was the guy who came round with the tea. Anyway I got called back in to be looked at by the finest technology the NHS has.

On the subject of the CT scan (computed tomography) it is imaging using multiple X rays. I made the mistake of looking it up on Wikipedia. I learned that my brain would have received enough ionising radiation to bake a medium sized potato.

MRI (magnetic resonance imaging) has the advantage of using magnetic fields and radio waves to create images. These have no known detrimental effects. It was a lovely day so I went to hospital by bike. I hid my helmet in the top box. I didn't want them knowing I was riding about. I mean, no one every specifically said "don't ride your bike" but I though it was something I'd better keep to myself.

The operation was a model of efficiency. Without delay I was in my smock and lying on a table with my head clammed in a kind of mask to hold it steady. I was moved into the torus shaped device and the scanning began. It is quite noisy, like being in a small room with a washing machine and compressor running. I had headphones to receive instructions. They also played music, "The Best of Sting", I think. I'm not sure if this made the process better or worse. After about five String songs I was out. The nurse administered some intravenous dye and I was back in for another five minutes. And that's it.

"Find anything nasty?" I asked. "I can't tell you even if I did, I'm not a doctor" said the radiographer.

We had a little meet up today at Brig o'Turk. Jim had proposed getting together after he bought a Honda CBF250 like mine. Malcolm came along on his MZ Rotax 500.

It has been dull and cool here recently but, for the sake of my sanity, I had to get out on the bike. So I wrapped up and headed for the coldest place I know.

The villages of Leadhills and Wanlockhead are the highest and (probably) coldest in the country. Surprisingly they aren't in the Highlands but only 36 miles south of Glasgow in the Southern Uplands. They owe their existence to the gold, silver & lead, that were mined in this area. 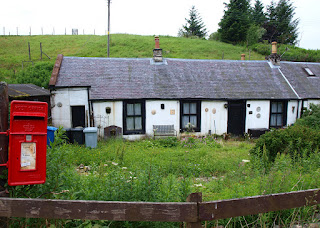 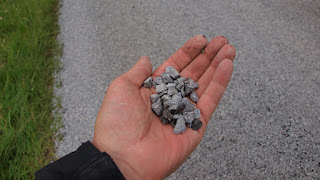