In 1987 I traded in my GSX750 for the Kawa Turbo. The Kawasaki was the last, and considered to the best, of the Japanese factory turbo charged bikes. The bike was based on the GPz750 with a tiny (fist sized) turbo positioned in front of the crankcase. The effect of the turbo was dramatic. In 1984 the bike was (for a short time) the fastest bike in the world. Power was increased from 84 of the GPZ to 112. The was also a broad spread of power. It was flexible low down and the boost came in about 4,500rpm and then the bike really took off. Mid-range go was similar to my FJ1200.


I used the bike for touring, including my longest ever trip, a three week tour to Germany, Italy & France. The bike made a good tourer with plenty of power and reasonable comfort & economy. The bike also had air suspension front & rear that could be pump up to cope with the extra weight. Weight also had the interesting effect of making the bike more powerful! Climbing a hill two up with luggage needed more throttle, this caused more boost = more power.


On that trip there was a funny incident with the bike. In Italy I needed fuel and found a small town with plenty of service stations - but they all shut between noon & 2pm. It was just after noon and I didn’t want to wait. I looked at the map and found a service station on the nearby Autostrada. I though that this would be open so headed there. It was open, but the road crossed the Autostrada without joining it. With very little fuel left I had no option. I removed the tank and walked to the service station. This was a manned station and so I put the tank on the ground and asked the attendant to fit it up. He did without raising an eyebrow. I then just had to walk back with the now heavy tank,  scramble up the embankment, an refit it. I was dirty hot & sweaty but we were on our way once more. 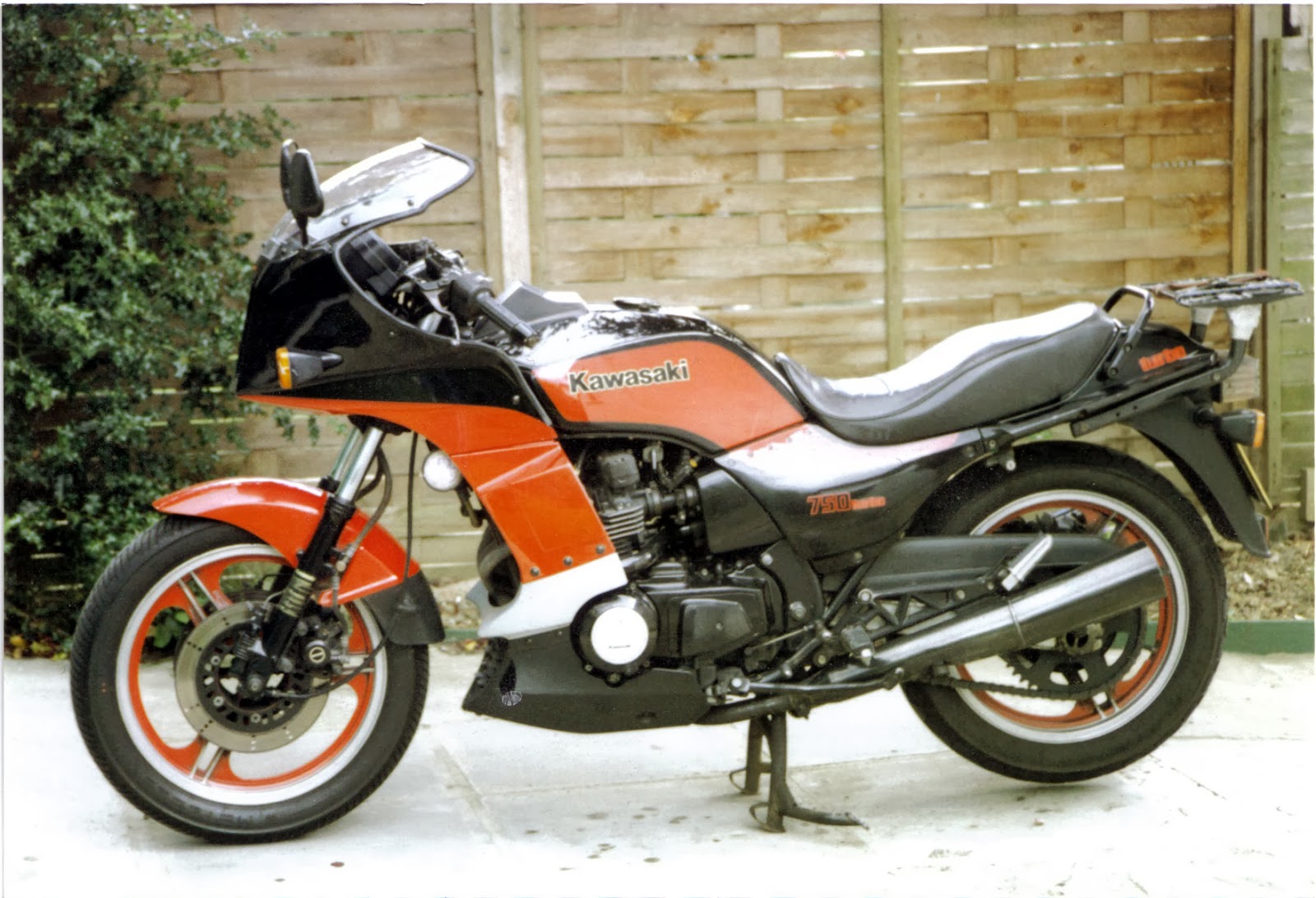