The oil cooler was looking a bit rough so I removed it for painting. The steel pipes near the cooler were heavily corroded and this could have become a problem. I cleaned and repainted everything. I used high temperature paint but this is hardly needed since the cooler barely gets warm in the Scottish climate. 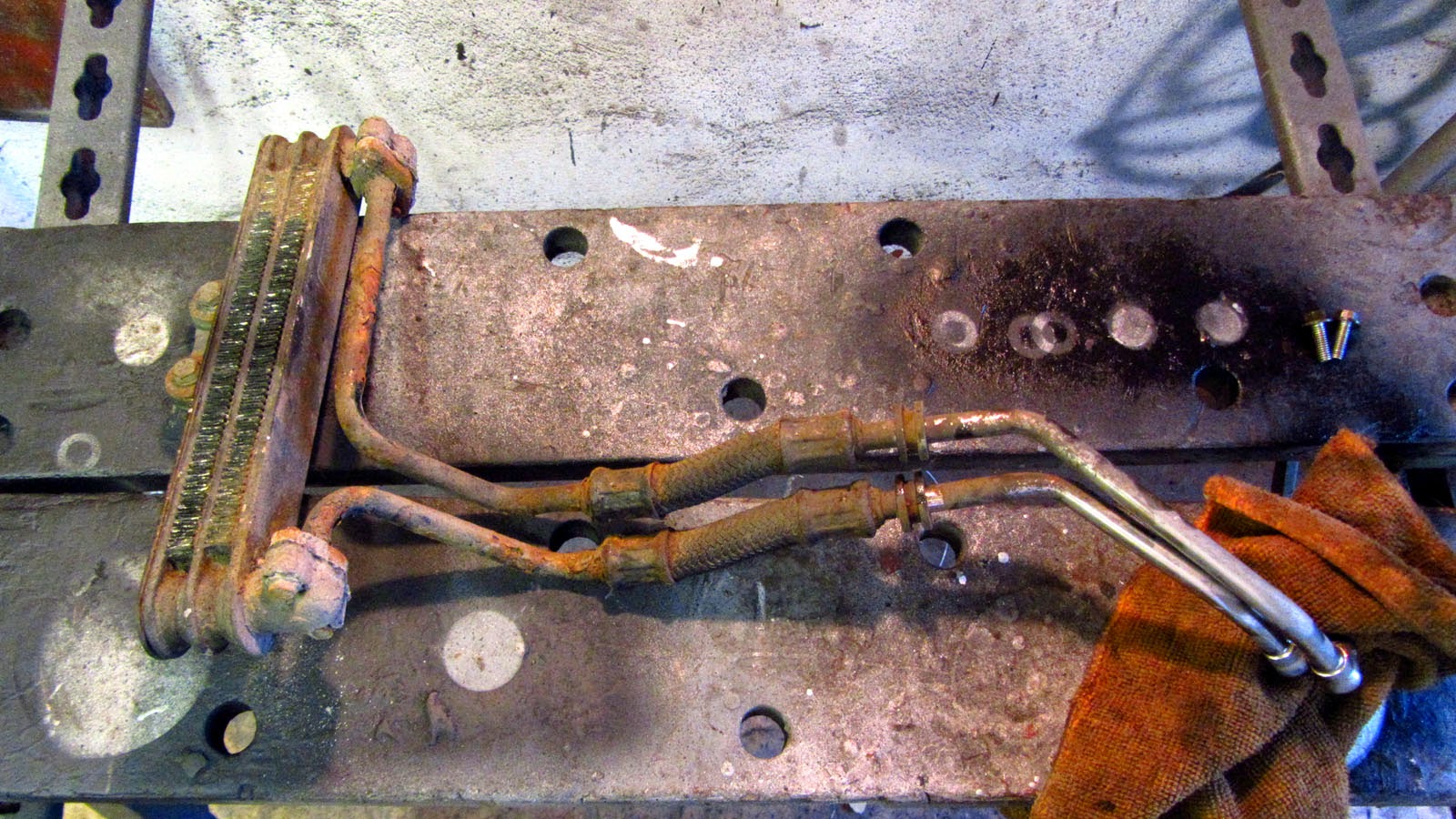 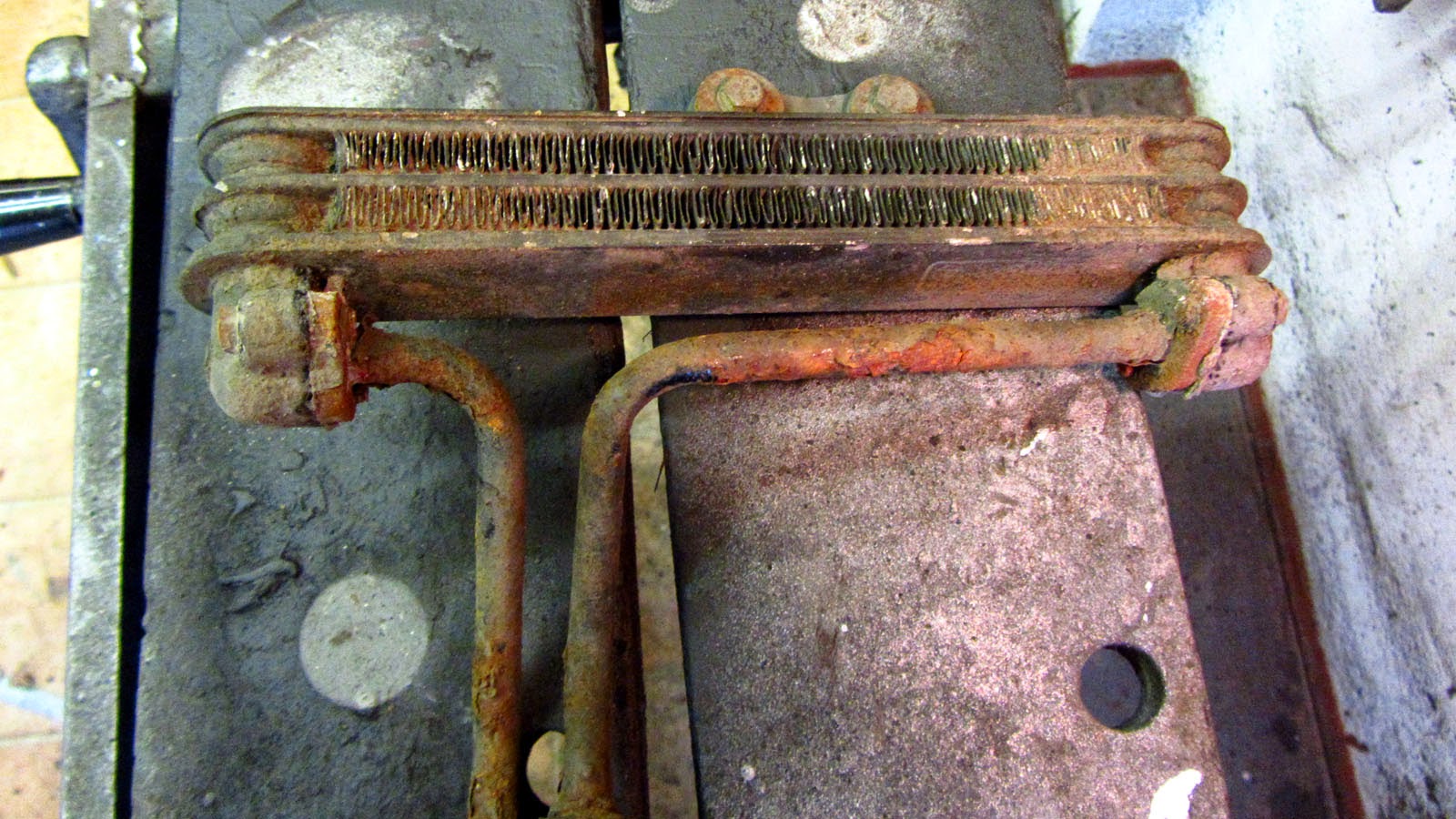 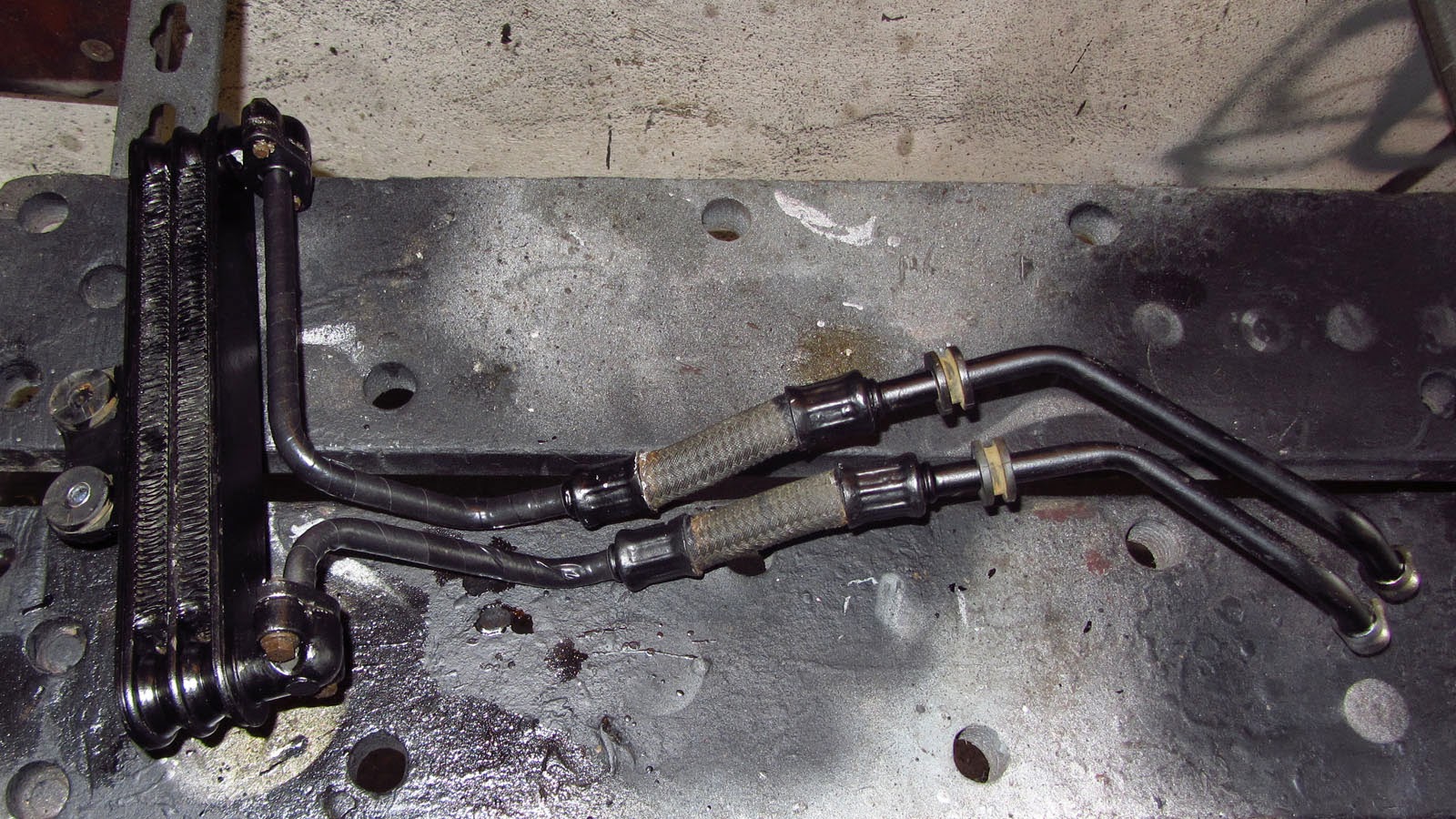 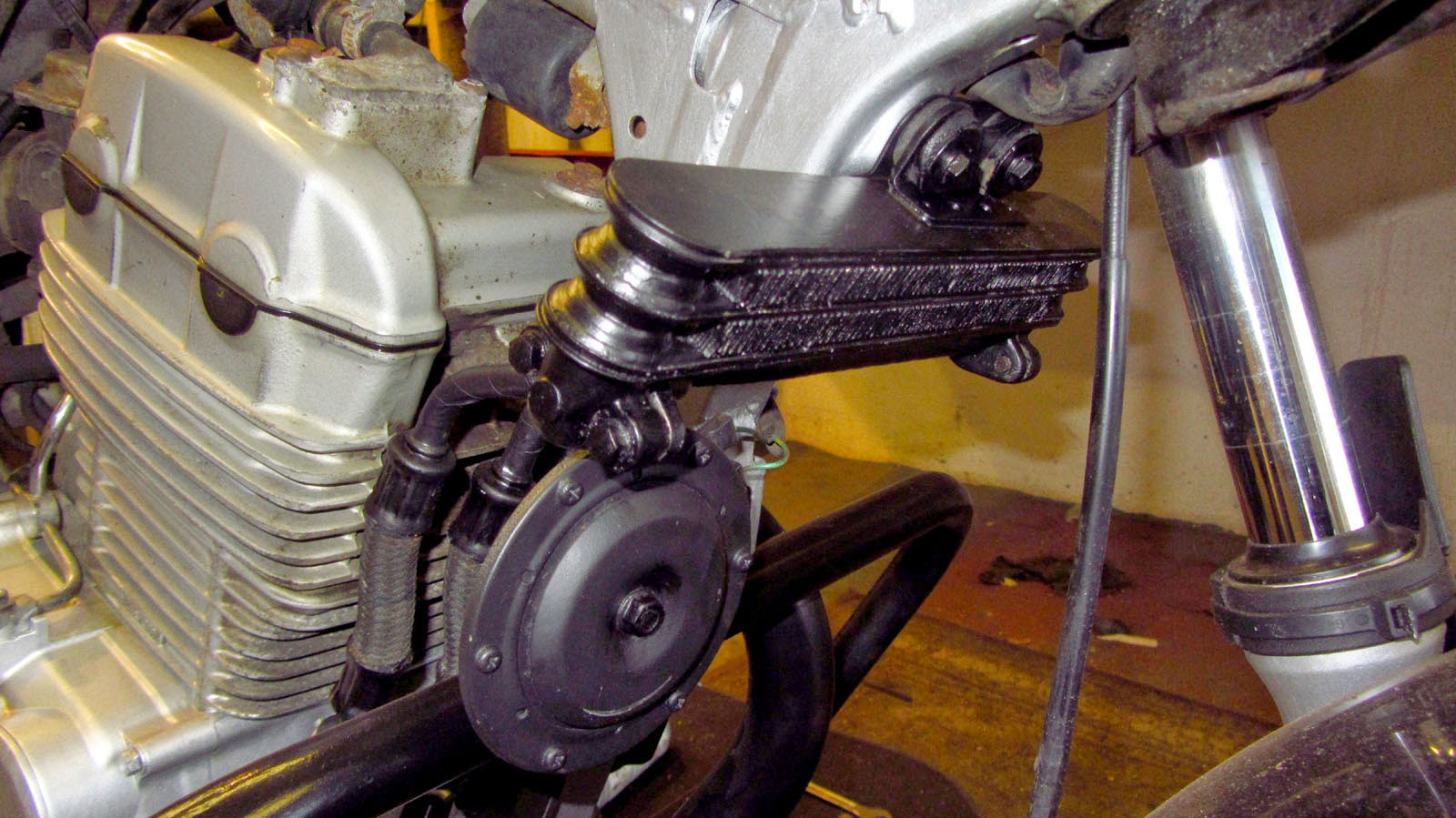 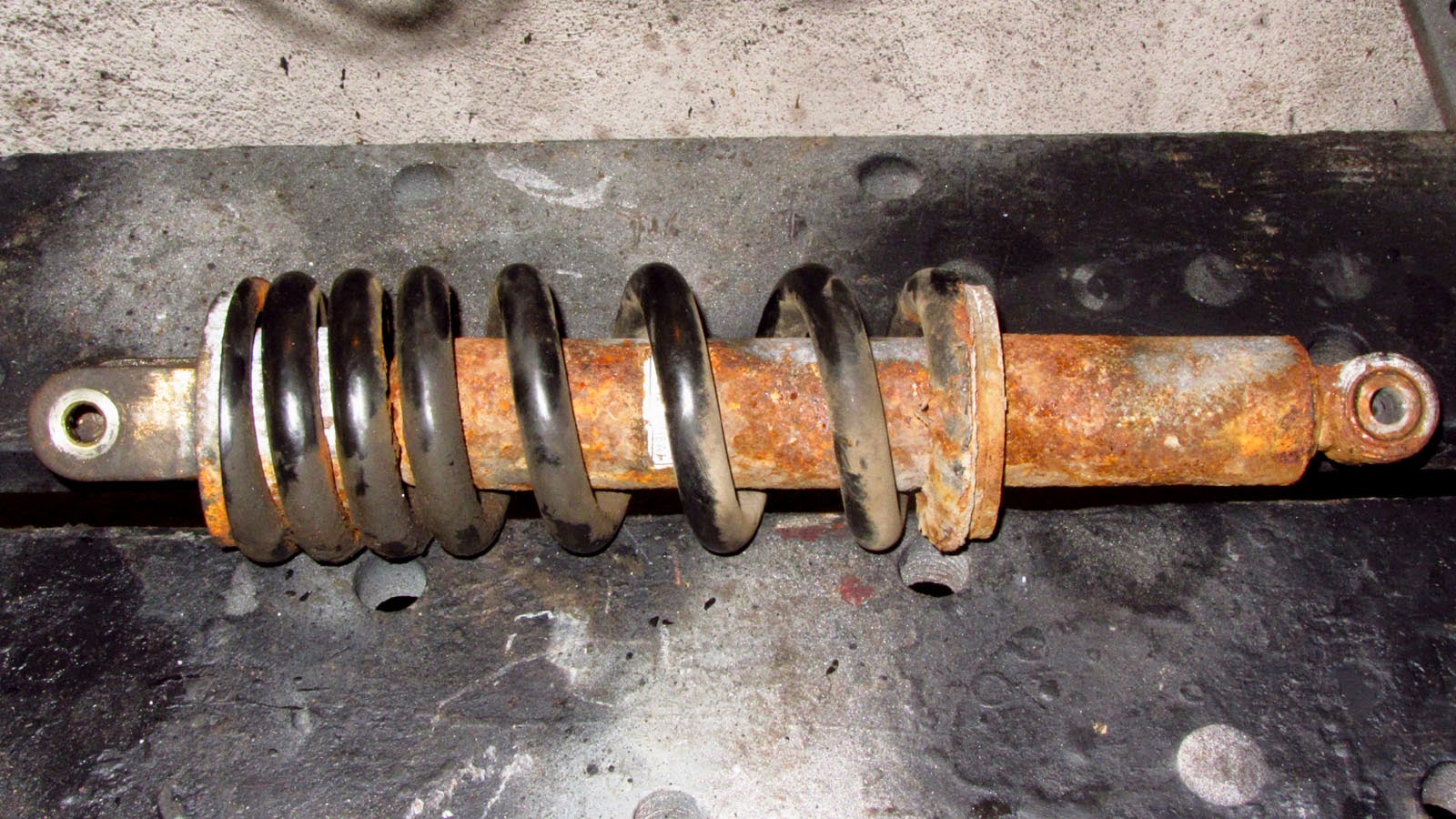 The rear shock was also rusty. This isn't a problem since it isn't leaking and is working ok. It can't be seen but I cleaned it and gave it a coat of stone chip paint anyway. 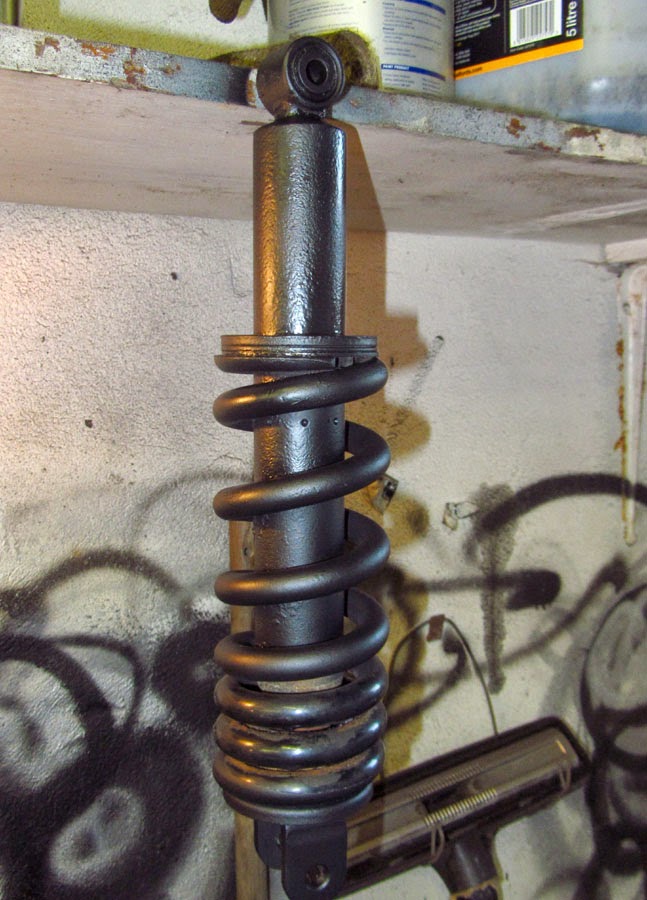 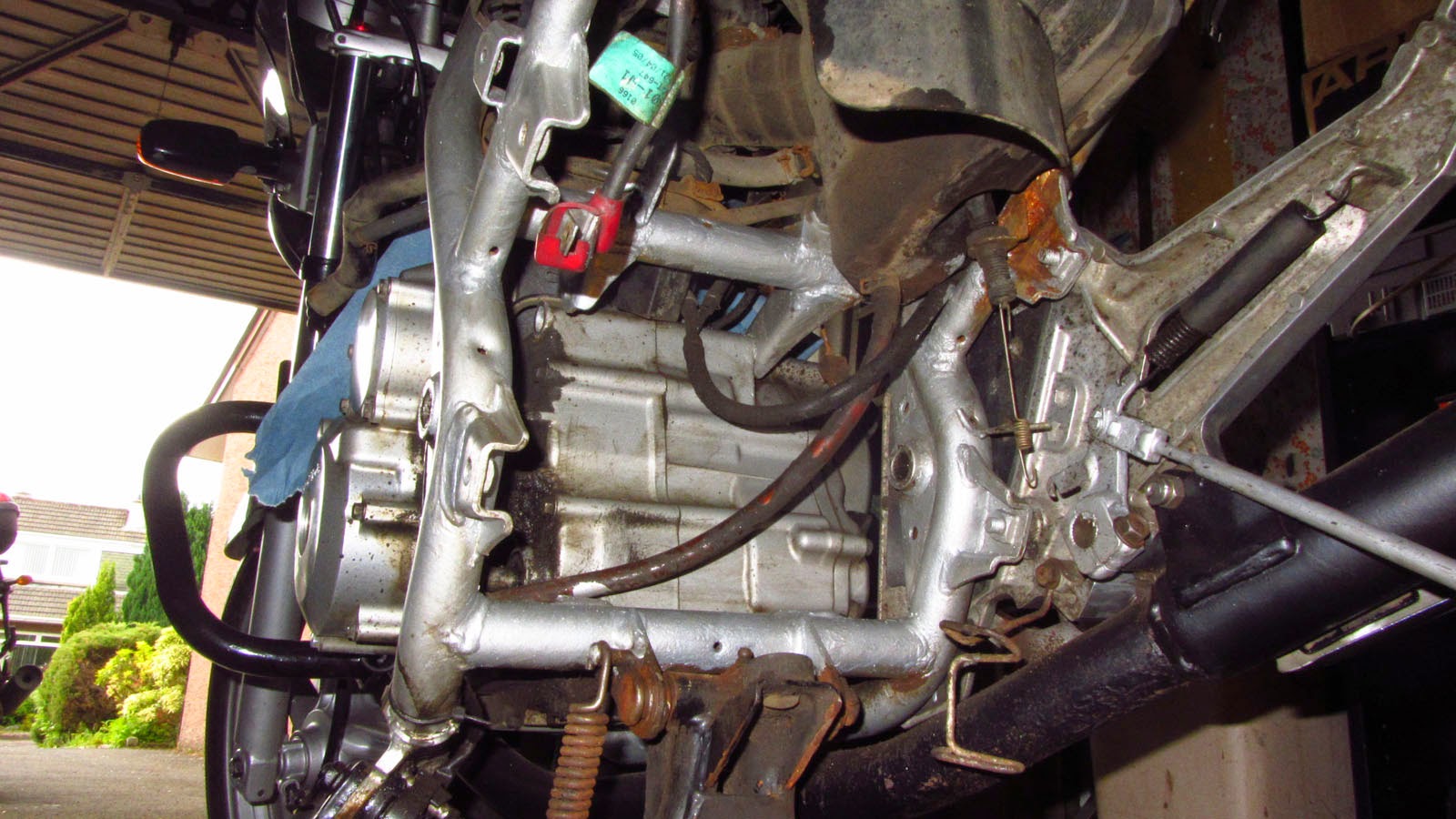 The frame behind the engine was pretty rusty 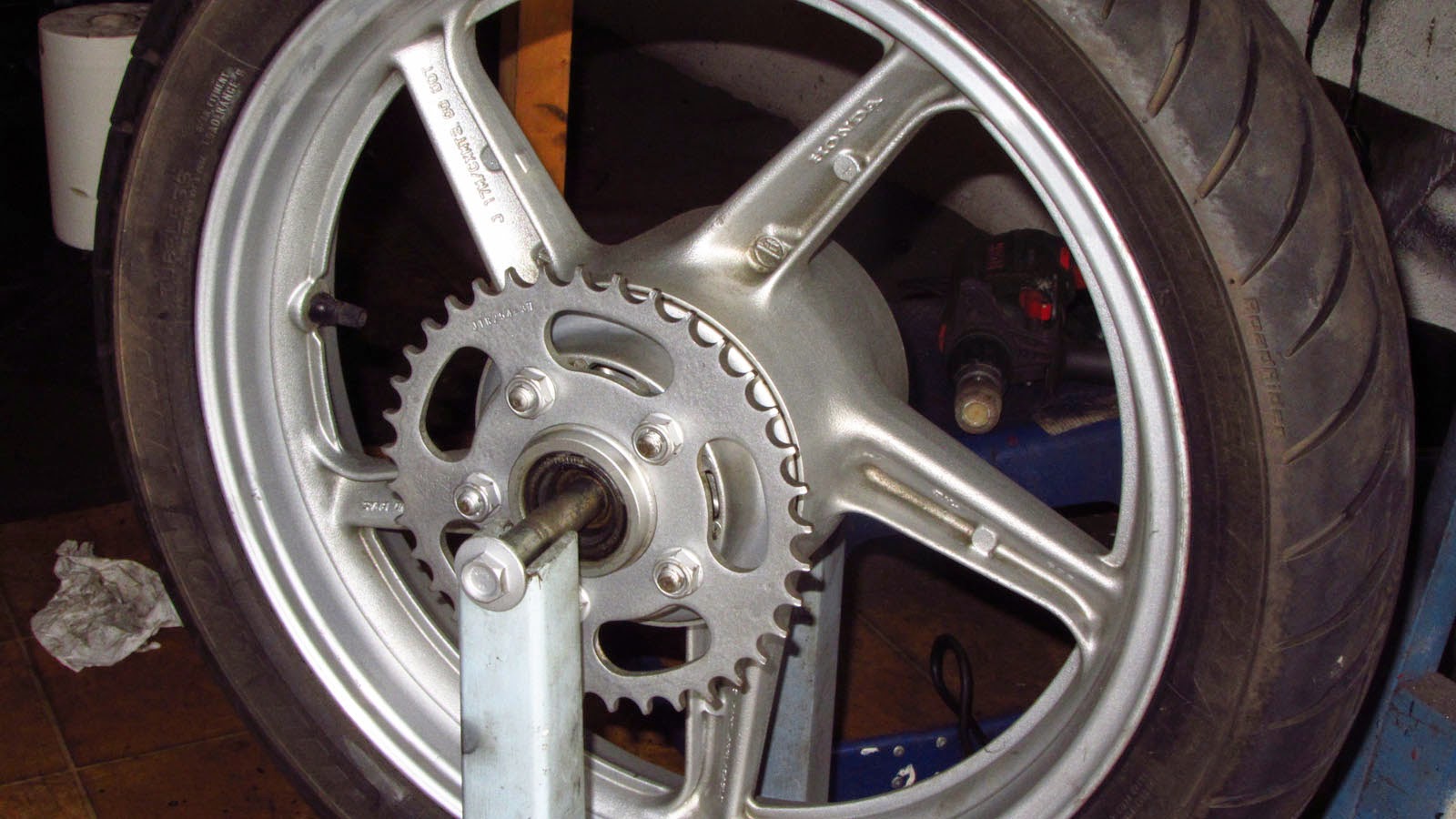 Is painting the rear sprocket going too far? 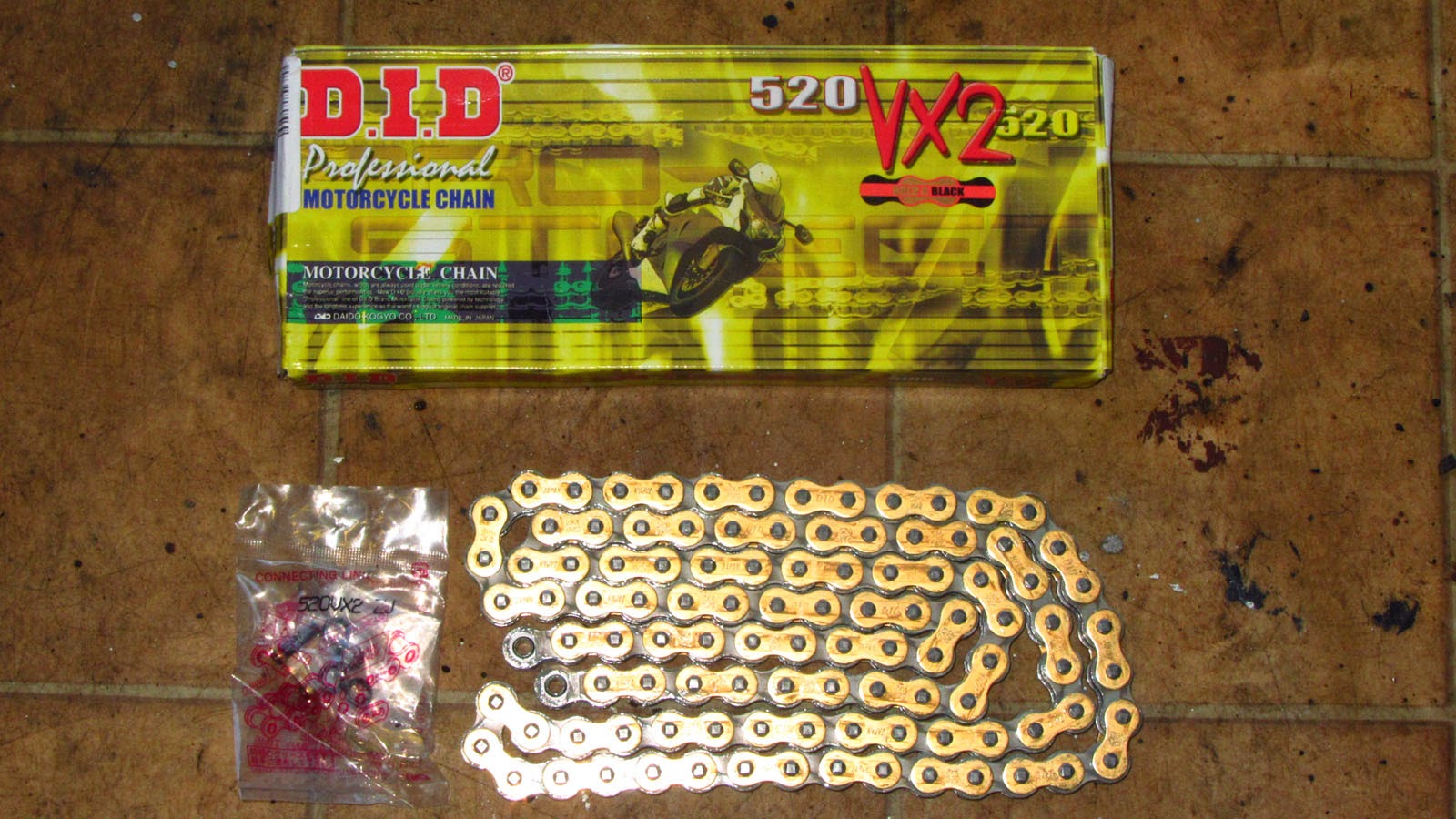 The bike needed yet another chain, how can a 22 bhp bike chew through so many chains?


The cam cover had a slight leak so I removed it to replace the gasket. I checked the clearances while the cover was off. One valve was a little tight so I swapped the shim. The CBF has a "shim under bucket" arrangement which means the camshaft has to be removed. This is a bit of a pain, but at least access is good on the CBF. 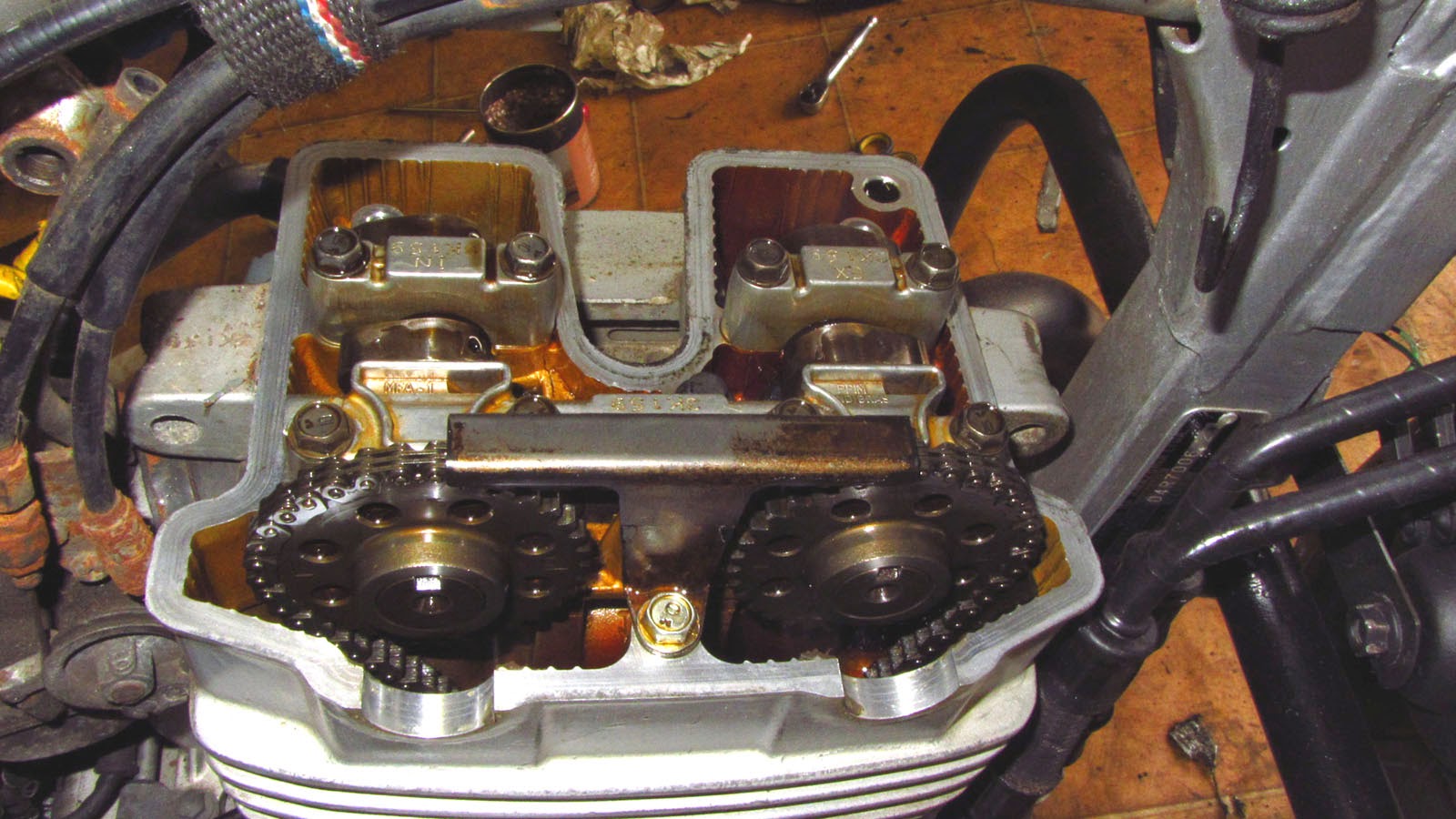 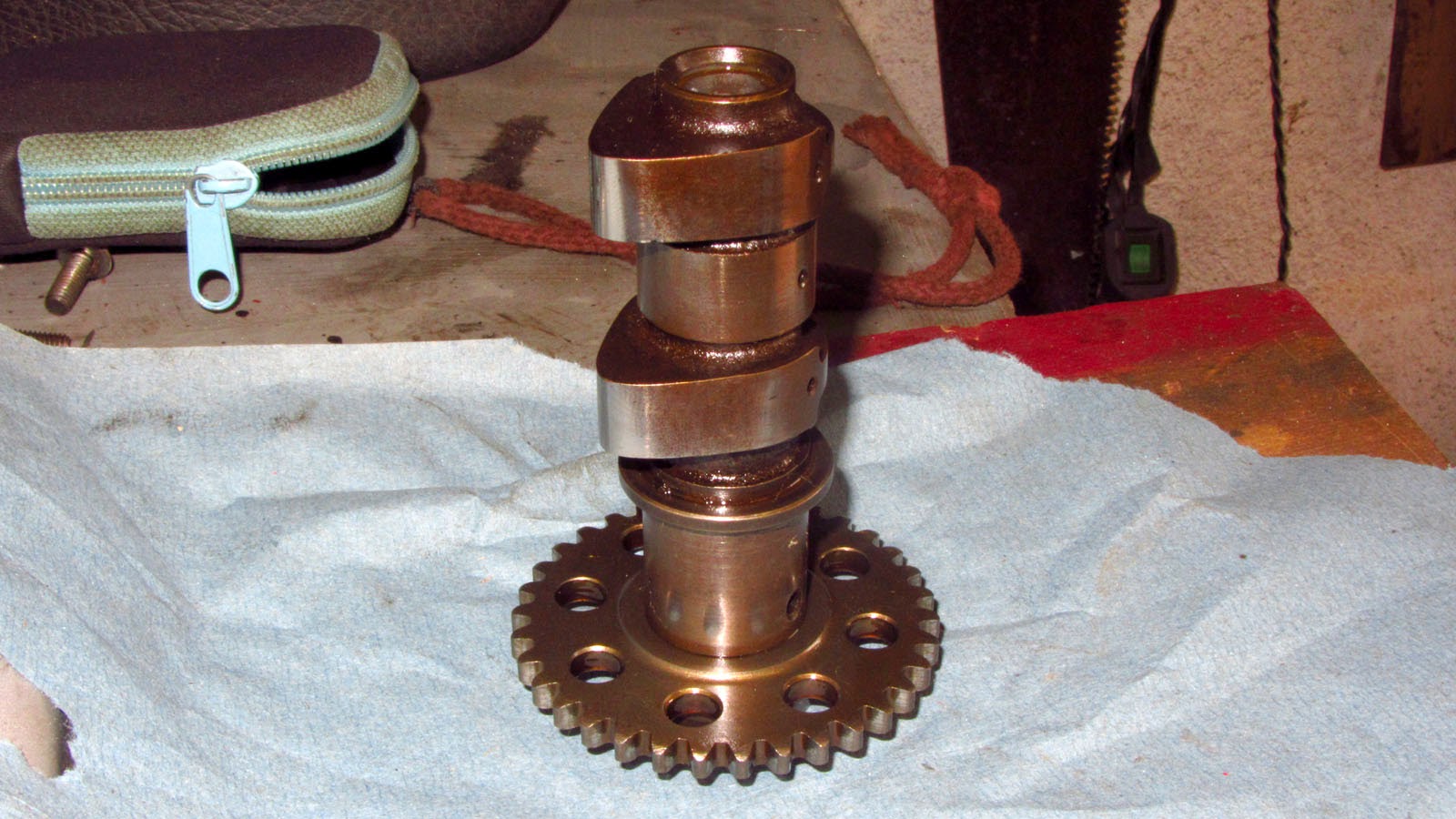 The camshaft is in perfect condition after 43,000 miles and this little fellow spins pretty fast. 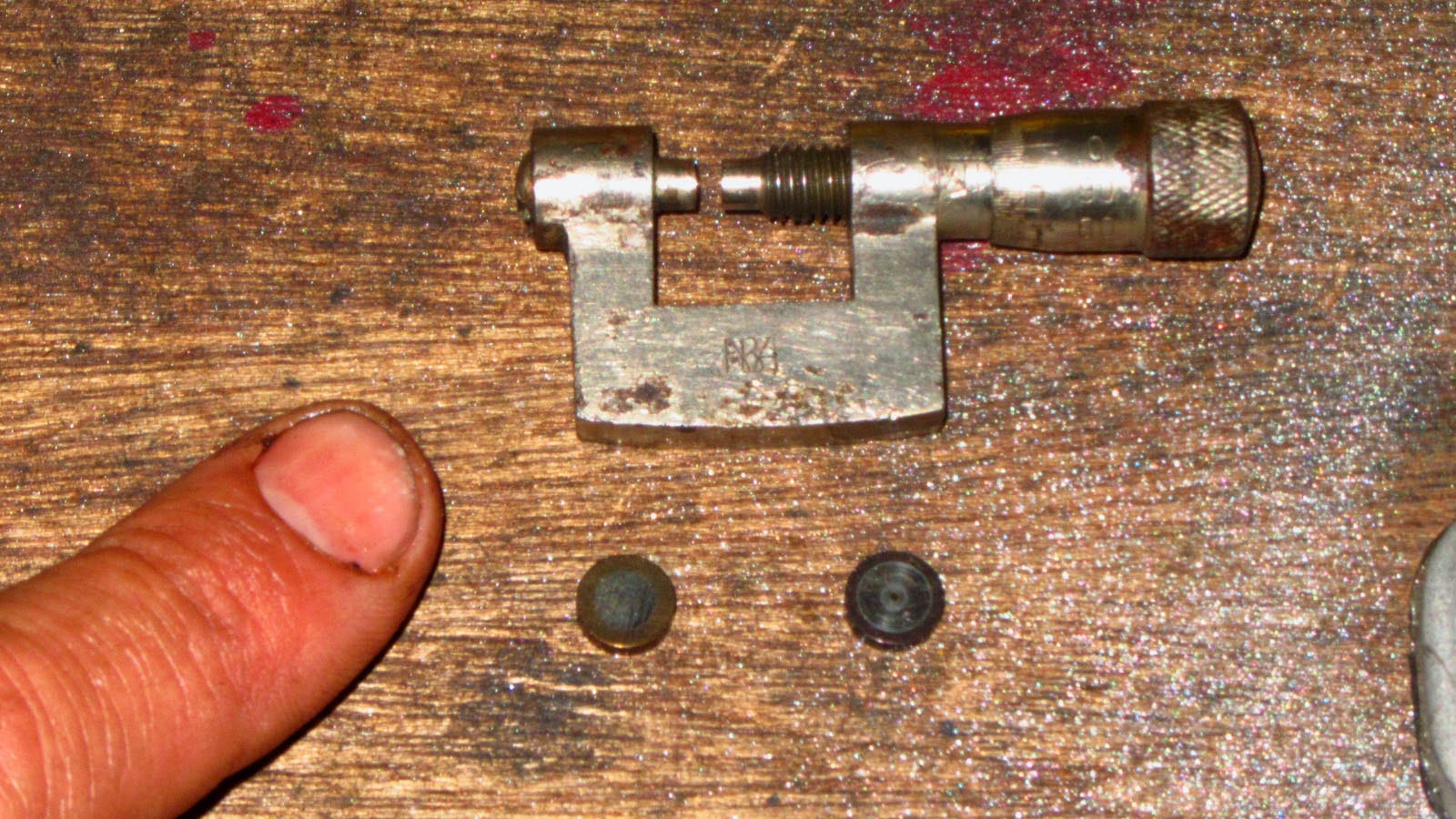 Checking the shim thickness before swap.