I'm always interested in a bike that may, at some time in future, replace my venerable FJ1200s. The news that Yamaha had trademarked the name FJ-09 in the USA let to speculation that the company was developing a sports tourer based on the MT-09 (FZ-09).

The bike is expected to be unveiled at the EIMCA bike show in Turin next month and in advance of that photographs have been released (by accident, patently!) It turns out that the bike has "adventure sport" styling like the Suzuki V-Strom, Kawasaki Versys & Triumph Tiger 800. The bike uses the 850cc three cylinder engine, frame, wheels, brakes & suspension (as far as I can see) from the recent MT-09 (FZ-09 in the States) roadster. This bike has been  praised for its performance, light weight, handling & price. Hopefully Yamaha will have addressed the jerky throttle response that was the only criticism of the bike.

Changes from the MT are a bigger tank (the MT has a ridiculous 14 litres), a comfier seat, a small fairing and screen and a centre stand (increasingly rare these days) 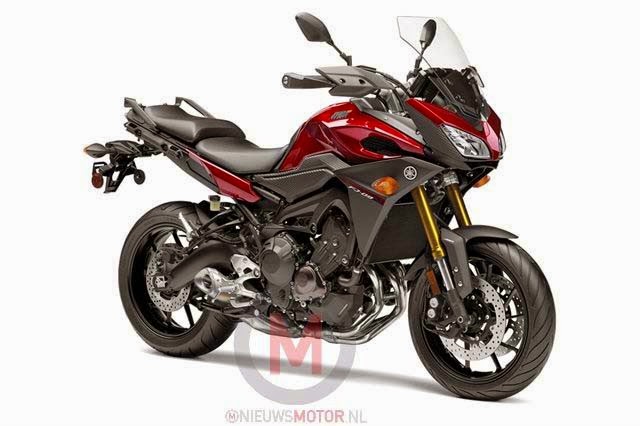 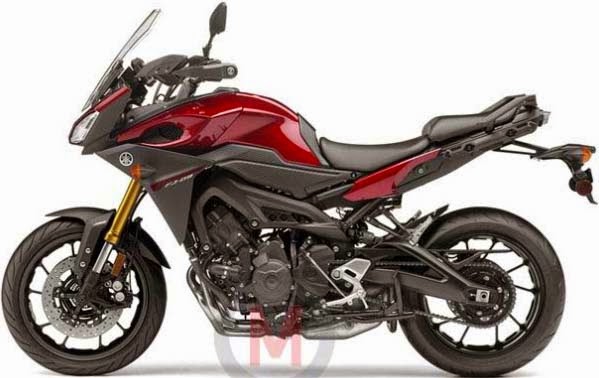 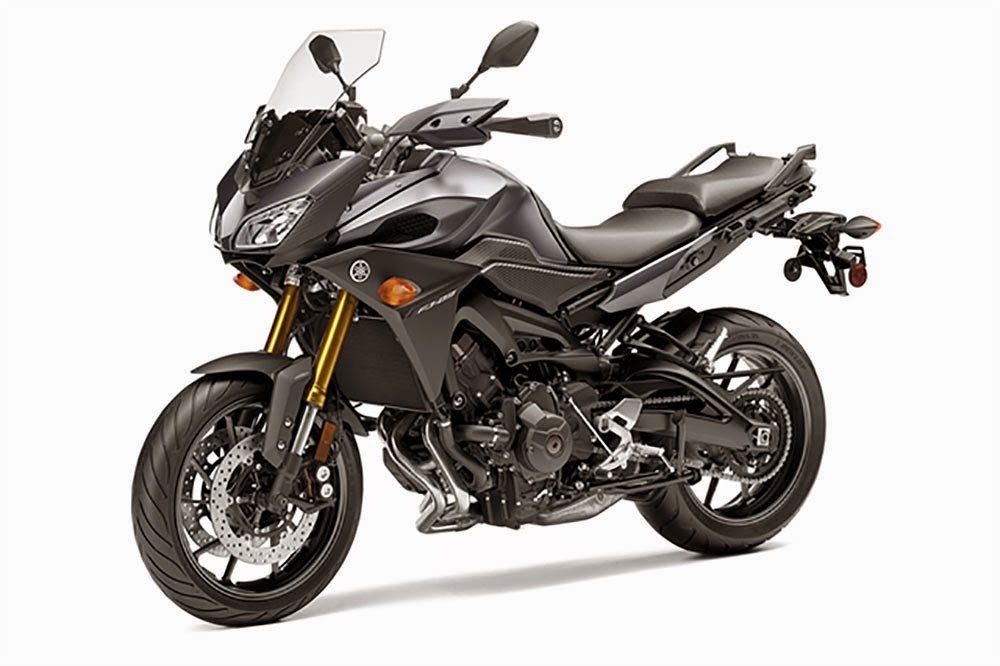 Thinking about it, the use of the "FJ" name is strange. "FJR-09" would connect to Yamaha's current big sports tourer. The FJ1200 is 20 years out of production and I'm guessing means little to potential buyers. Also being an "Adventure Sport" rather than a "Sports Tourer" puts in a different class to the FJ. A better name would be "TDM-09" since the bike is the spiritual successor to the TDM 900. This was popular and long running model. But not in the US where it wasn't even sold.
Posted by fj_stuart at 03:43