Back Roads to Berwick - Part#3 - Getting Back 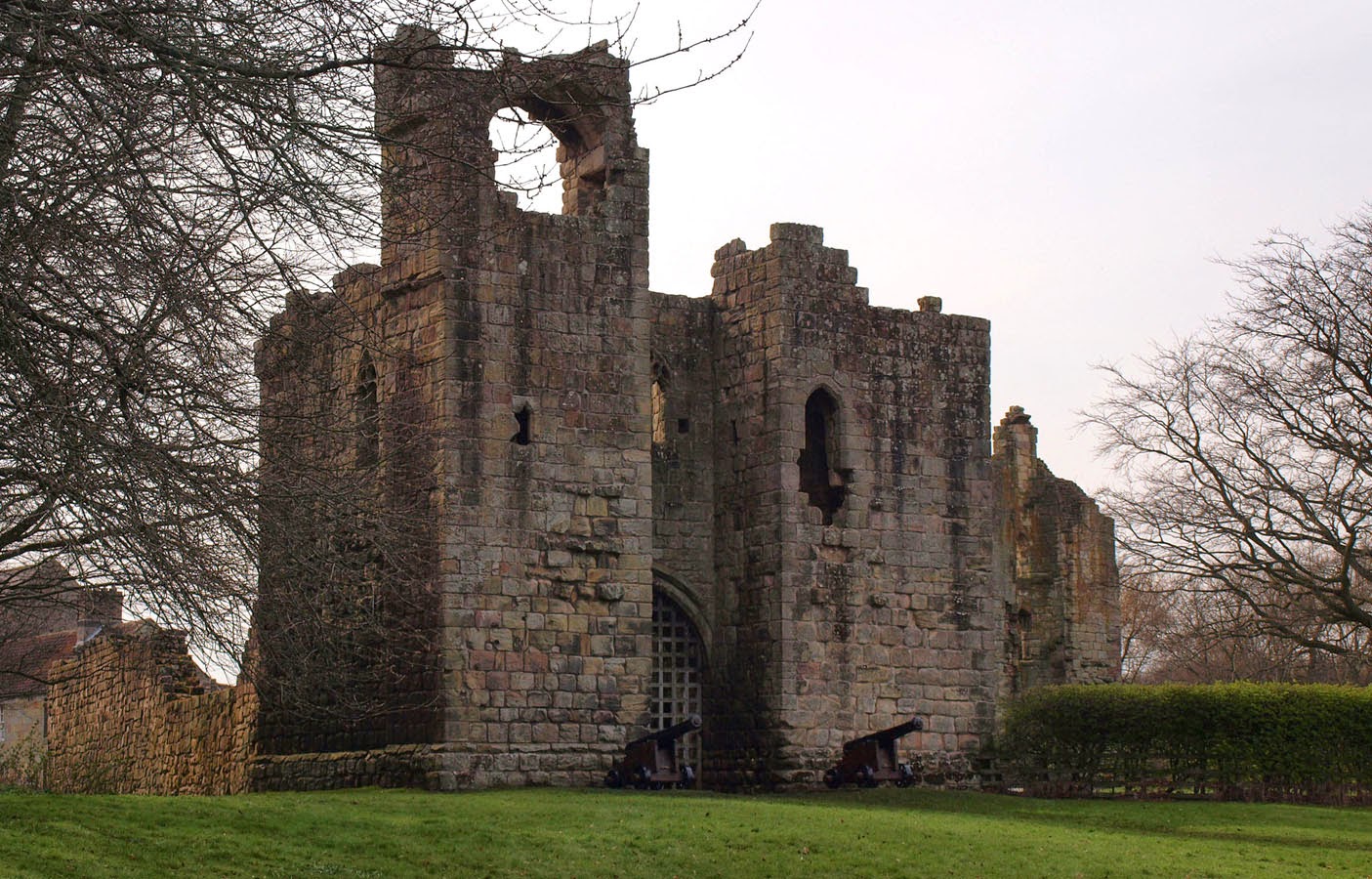 Etal Castle. Mid 14th C. Captured by James IV of Scotland in 1513 before the Battle of Flodden. 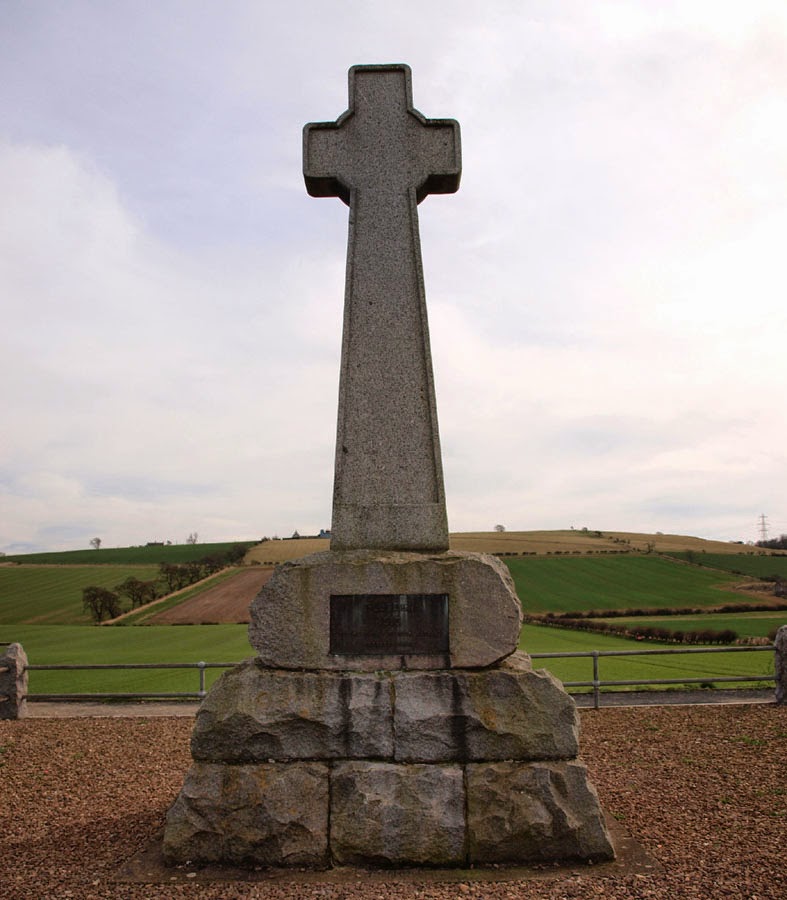 At the village of Branxton I came across this memorial to the Battle of Flodden. In 1513 King James IV led the Scots into England in support of the French whom King Henry VIII was fighting at the time. This was the biggest ever battle between the nations with about 60,000 men fighting of whom 14,000 died. The Scots were heavily defeated with James being amongst the dead. He was the last British monarch to die in combat. 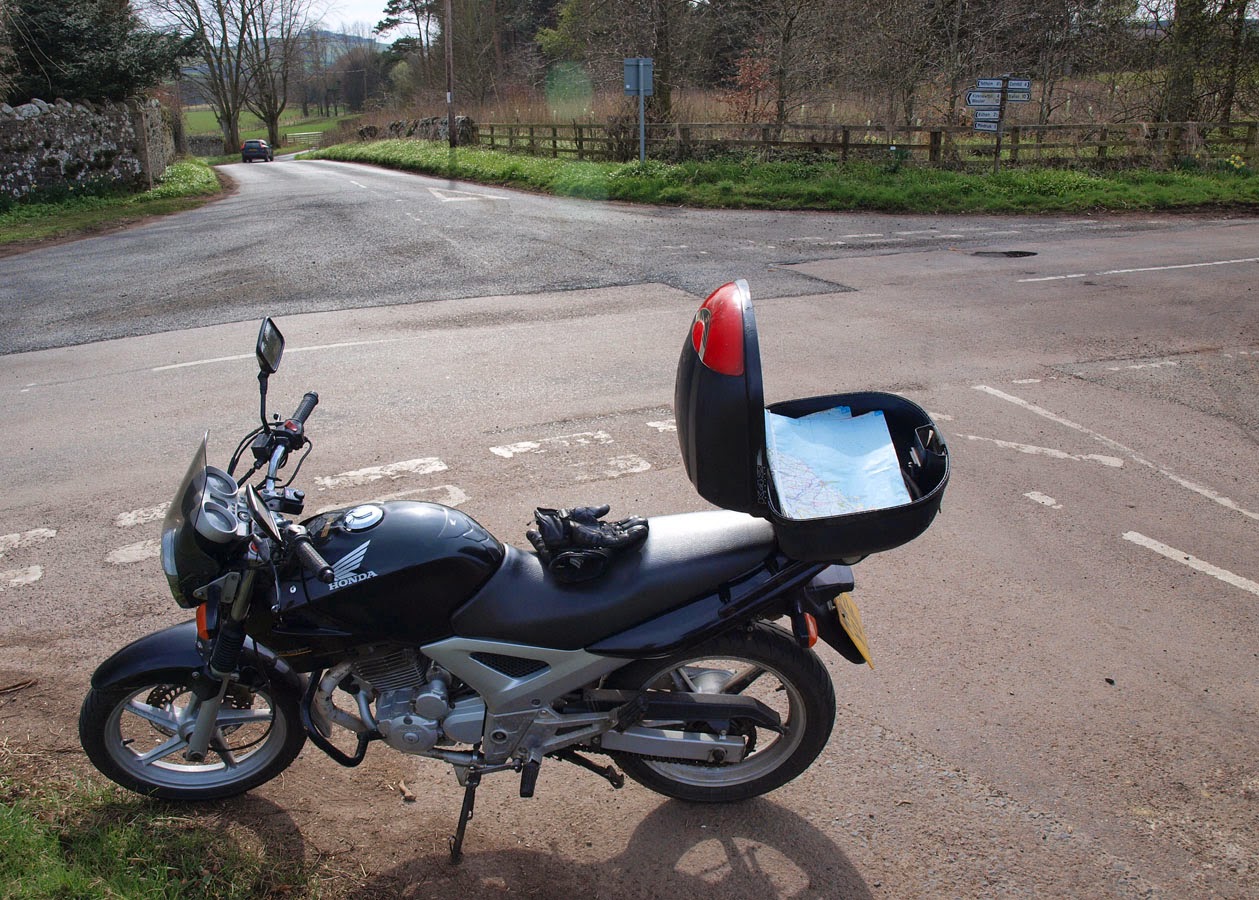 Checking the map - I did this a lot on the ride. 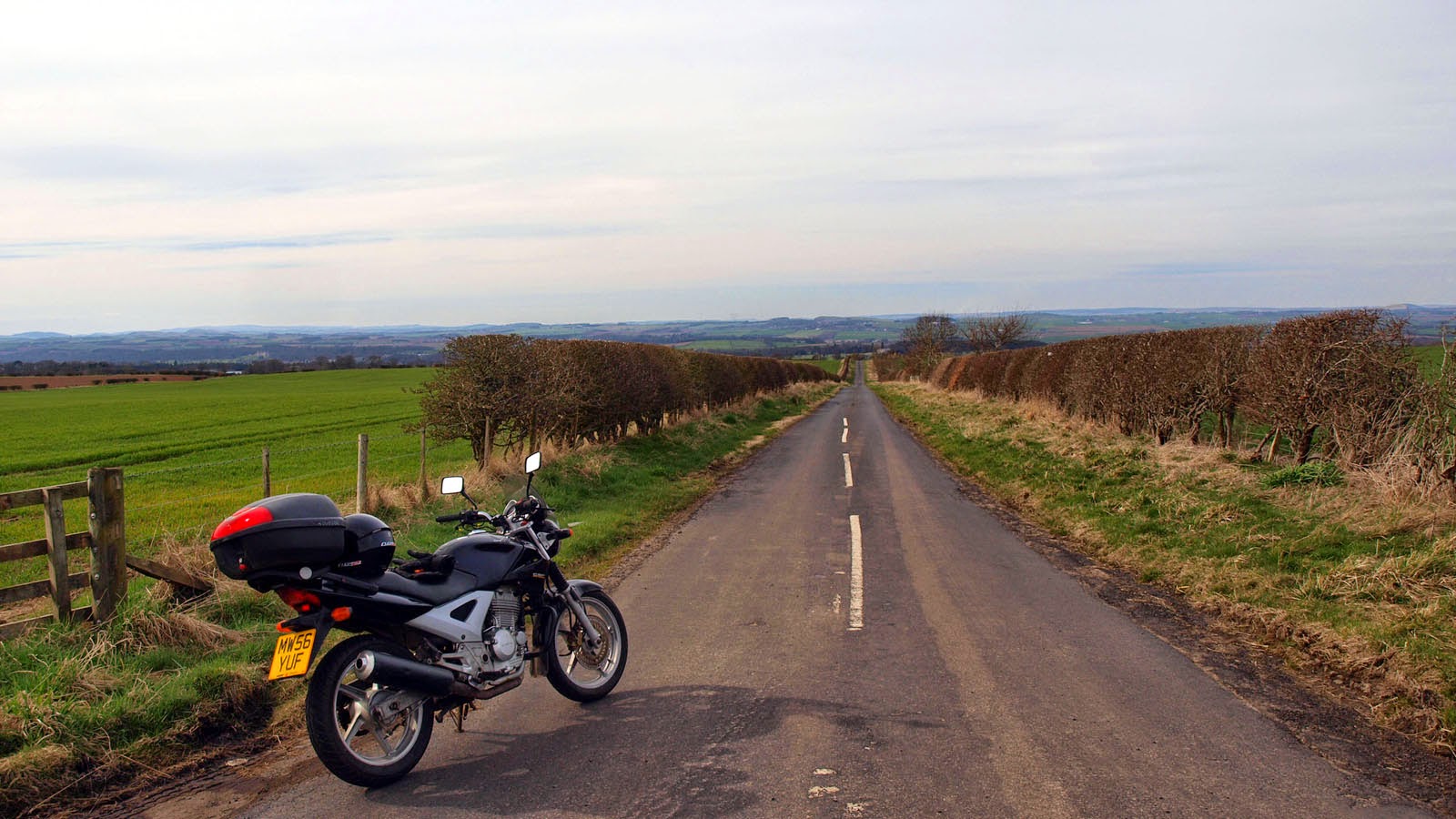 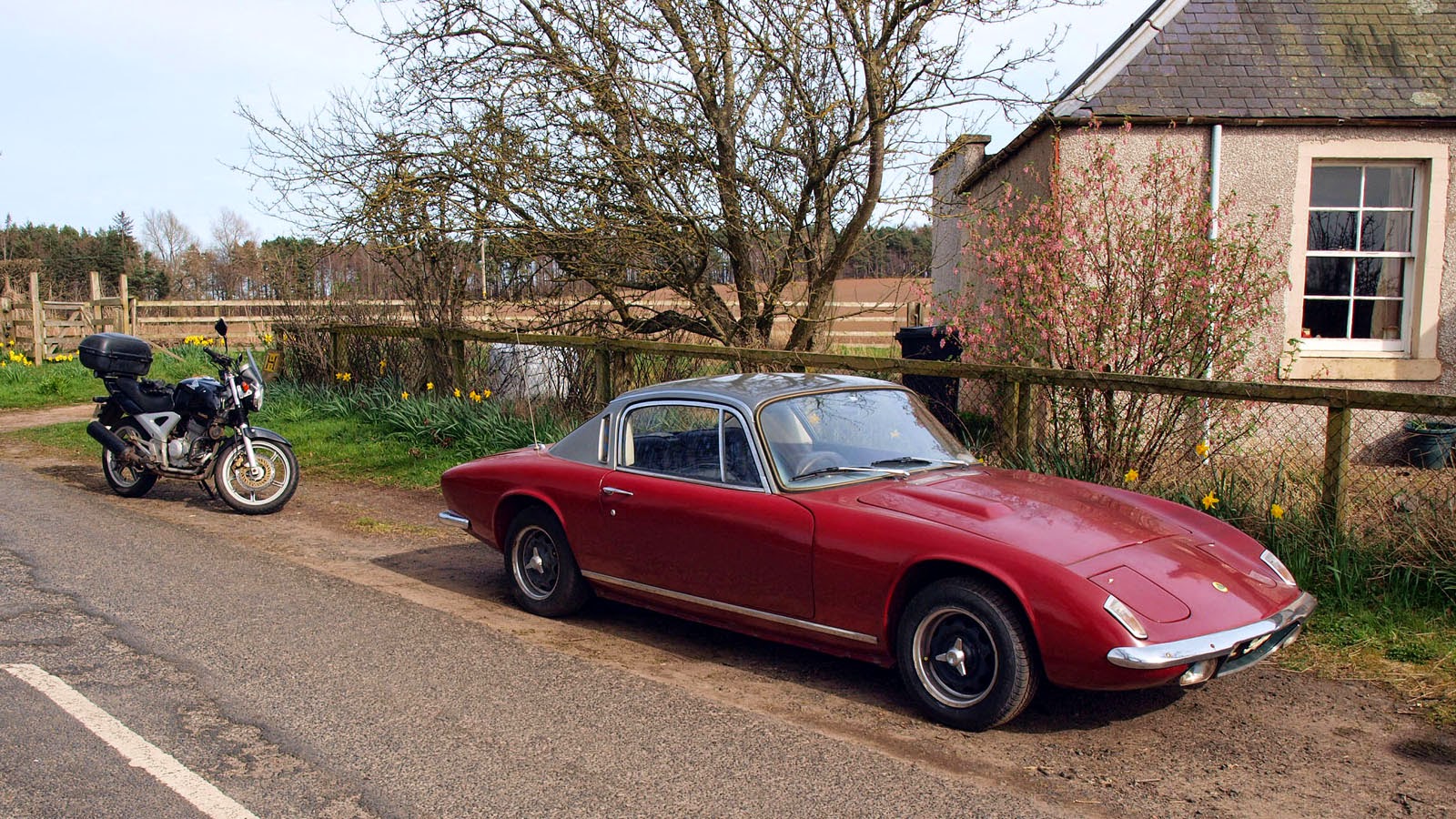 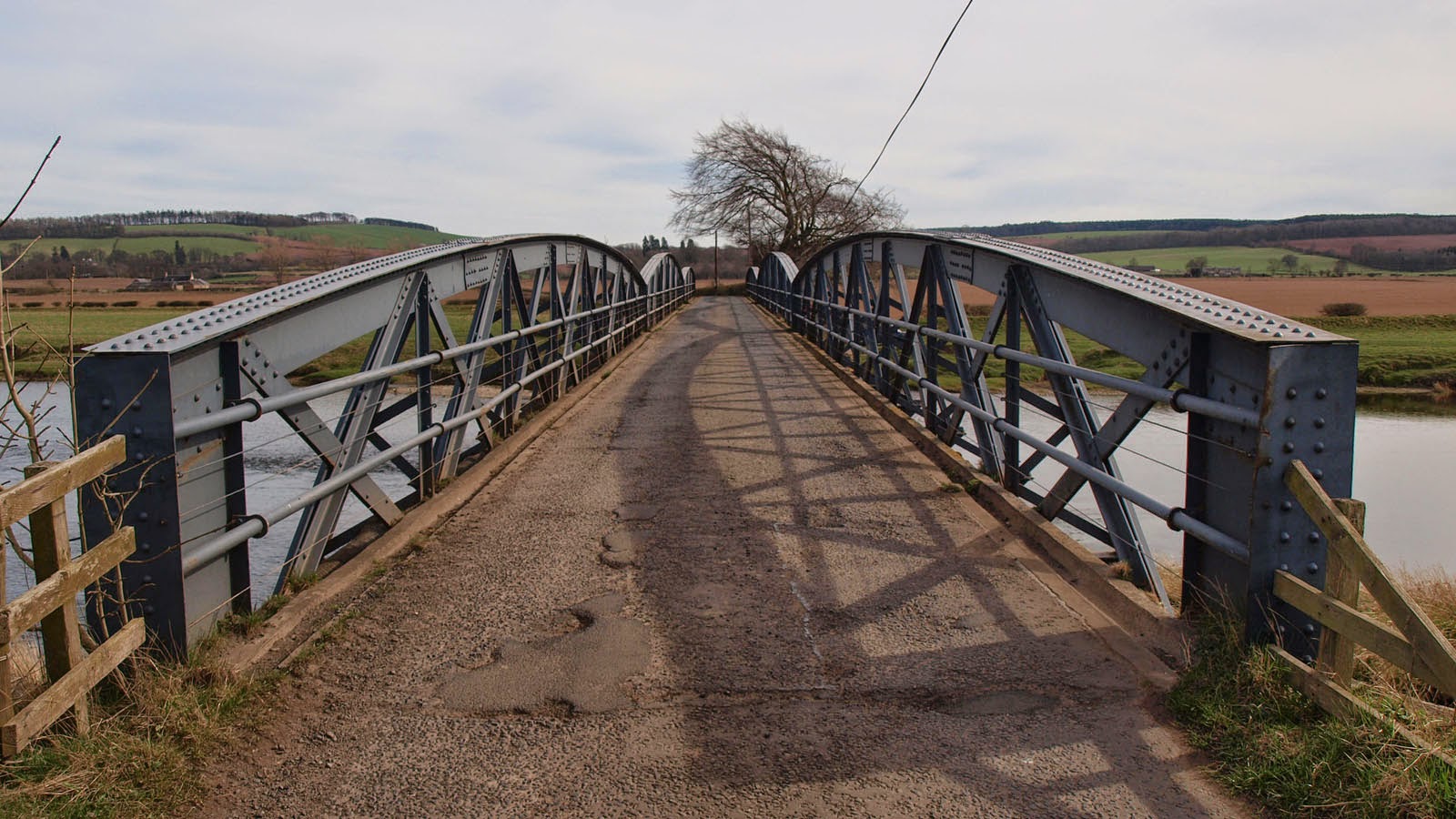 Bridge over the River Teviot at Nisbet 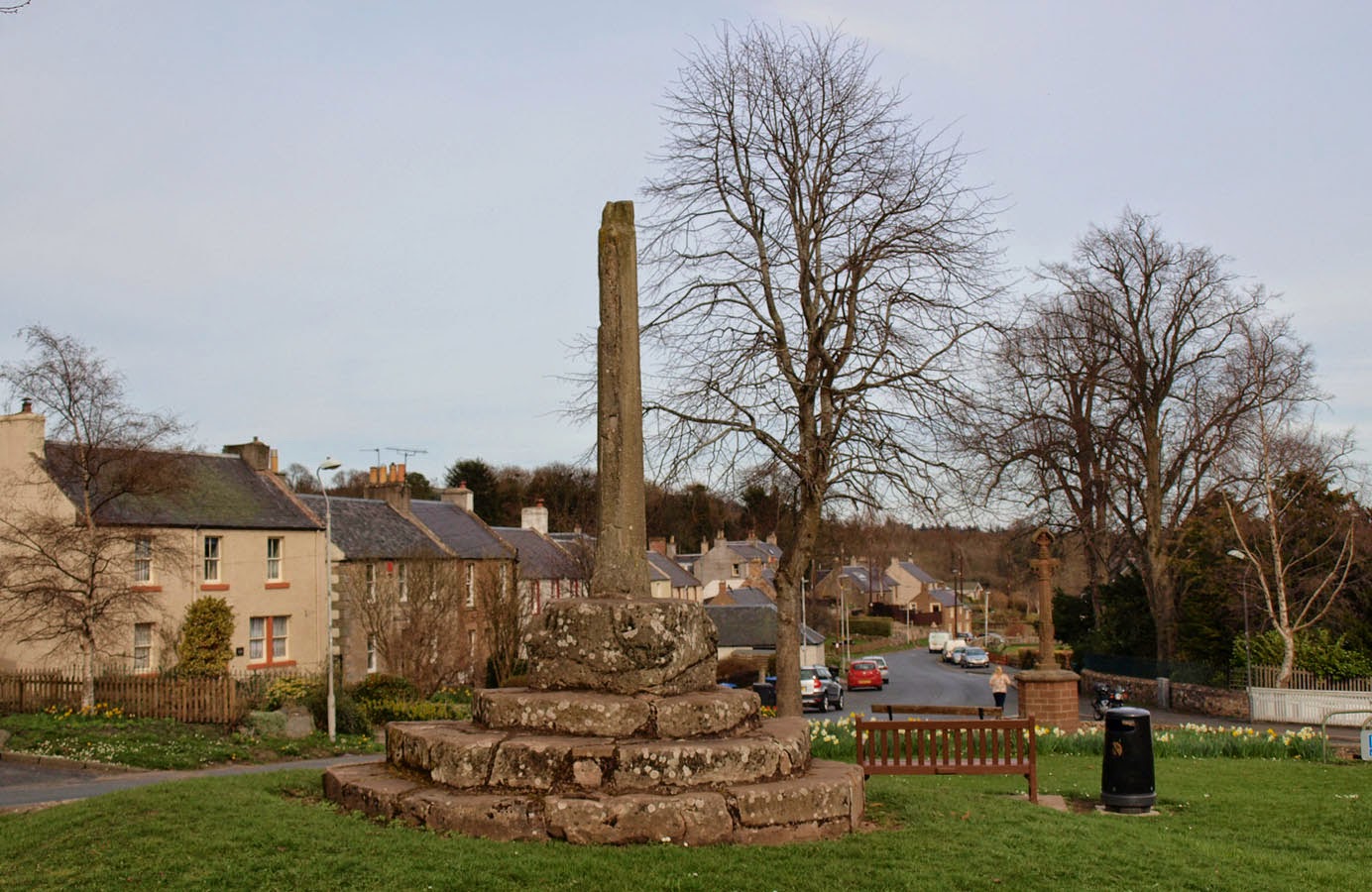 Mercat Cross, Ancrum. A mecat (market) cross signifies a town had permission to hold a regular market. This one has lost its cross but it is over 400 years old. 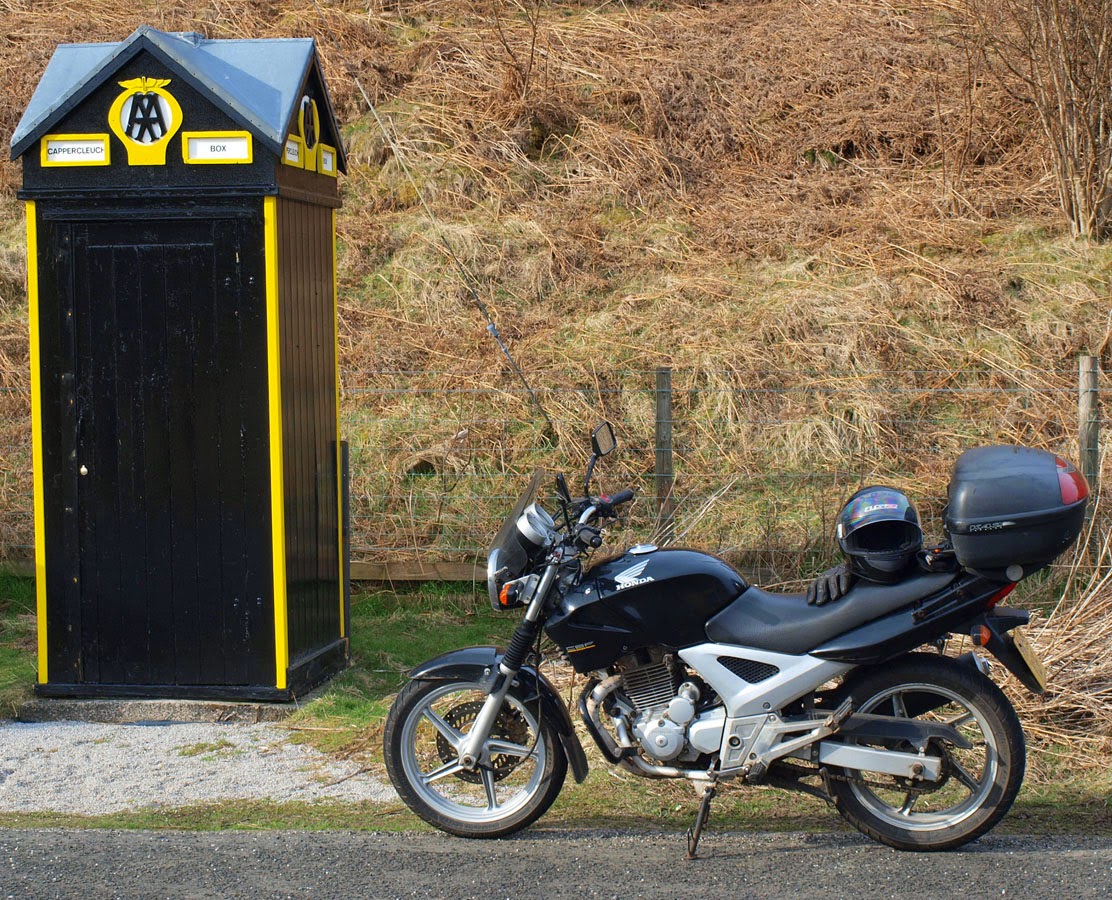 AA box, Capercleuch. Once a common sight, this is one of the few boxes remaining. AA (Automobile Association) members could call for assistance from these boxes. Made obsolete by the mobile phone. 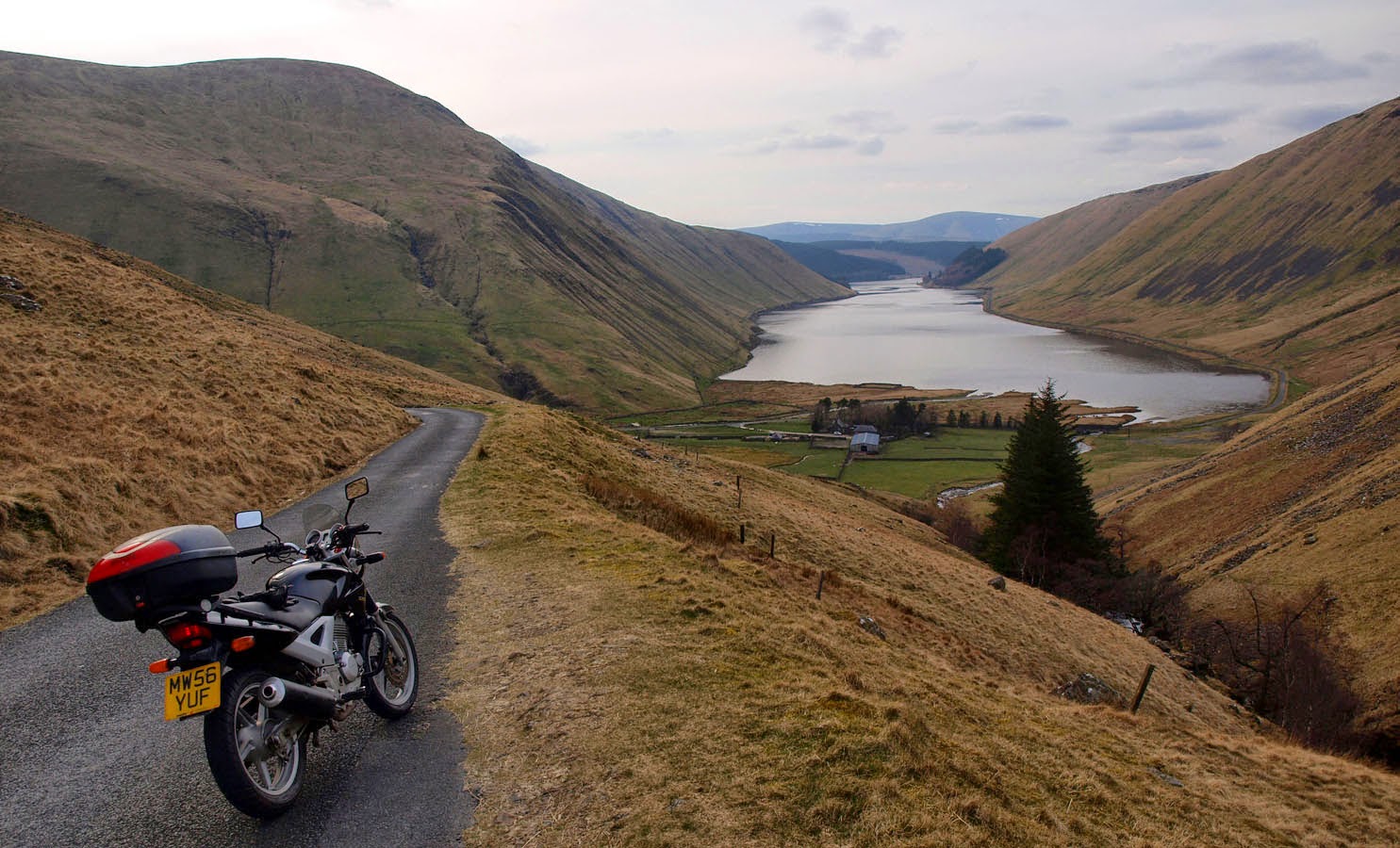 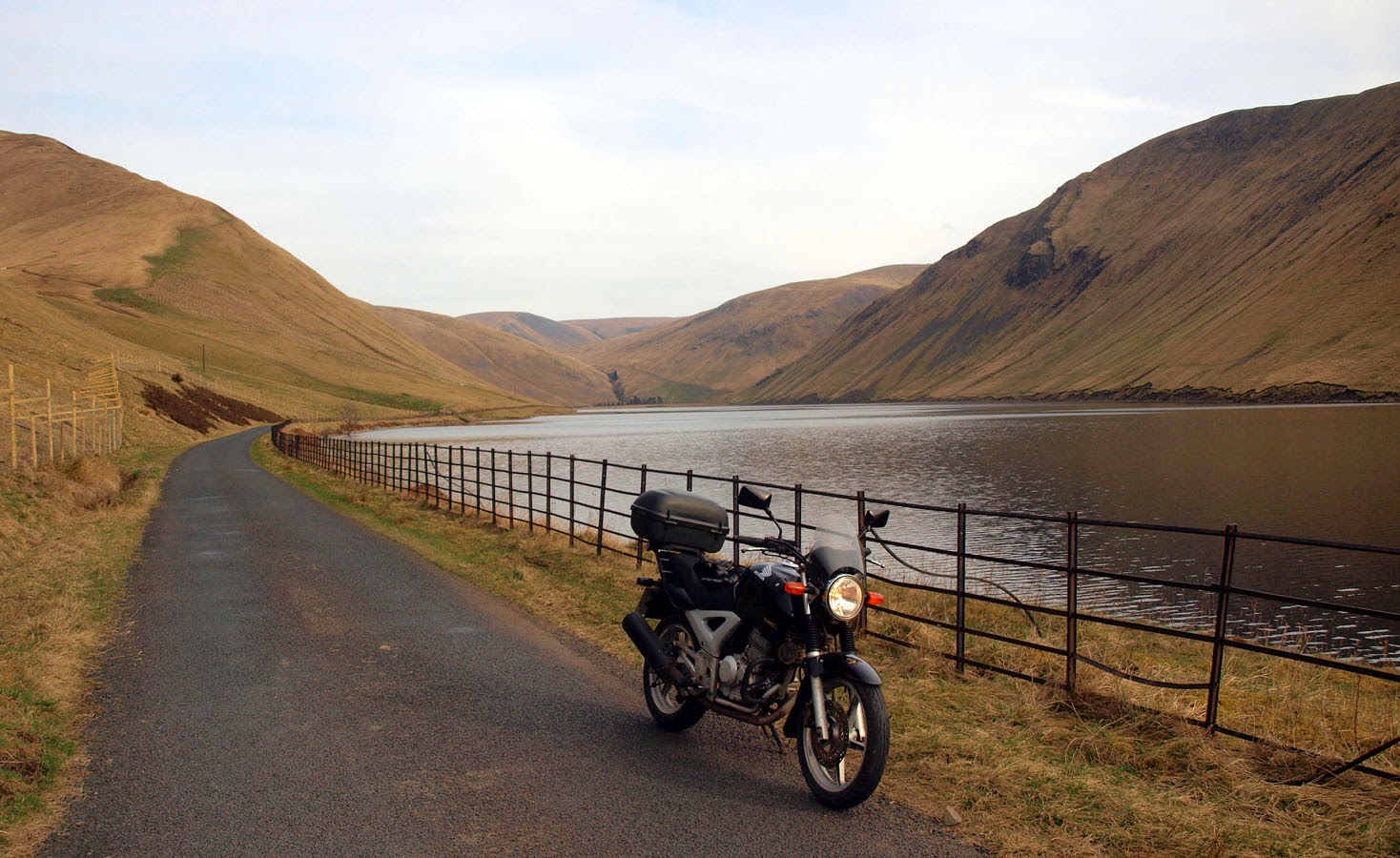 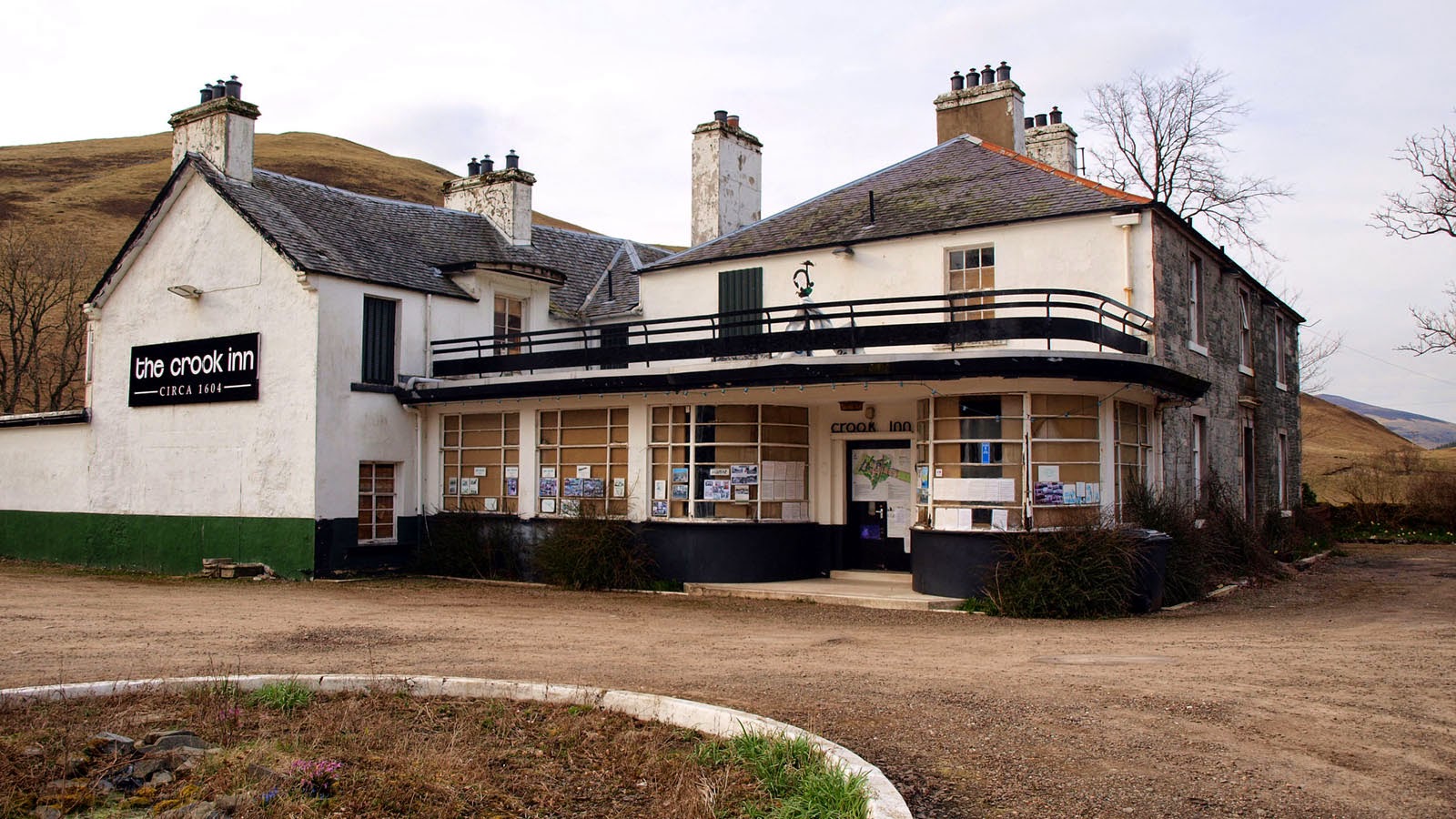 Crook Inn, Tweedsmuir. One of the many claimants to the "oldest inn in Scotland" though what you see is early 19th C with an Art Deco addition in 1936. Currently closed but there are plans to refurbish.

Well what a great ride! About 8 hours in the saddle and I did 275 miles. The little bike was fun to ride on the back roads and did the trip on a single tank of fuel (just) Also I found some roads & places I'd never been before which is unusual for me.
Posted by fj_stuart at 17:06