It Never Rains but it Pours (Again)

And the problems keep on coming…..


While the CBF was having its charging problems it also started gushing oil.

The oil was pouring out of the pipe to the oil cooler. The fittings had corroded & cracked. Replacement hoses are expensive but I've bodged this sort of thing before. I cut the hoses and spliced in a length of rubber tubing. The only cost was some Jubilee clips. I bought real ones as the Chinese copies are poor. The pipe was once part of a washing machine.

Will it hold? - I think so. The oil cooler never gets very warm and is probably unnecessary in the Scottish climate. 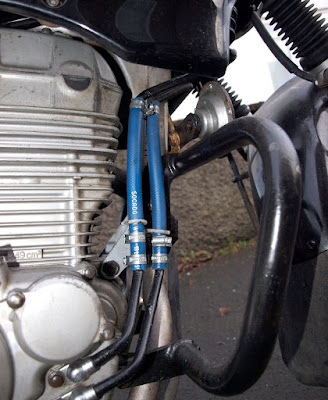 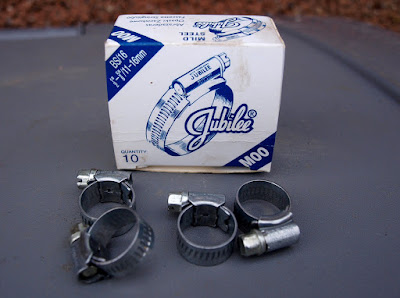