The Suzuki GR650, perhaps unfortunately called the "Tempter" in the US, was a Japanese interpretation of the trad British twin. I recall an magazine article on it with the headline "too nice for Britain?". We wouldn't find out since it was never imported. Produced 1983-89 is was sold in the US for only two years due to poor sales. An interesting feature was a variable inertia crankshaft using bob weights to give a heavy crank at low speeds for torque and a light crank at high speeds for more response. 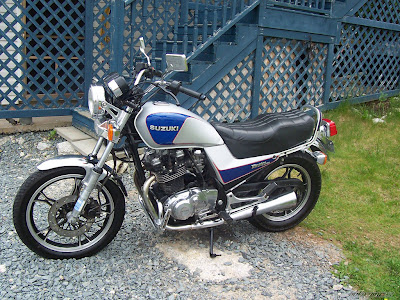