I took a run down to the Lake District (NW England) at the end of last month for a ride over Hardknott & Wrynose Passes. These are a bit of a challenge especially on a big bike like the FJ. The road is narrow & very steep in places and bumpy. The secret is to look ahead and avoid meeting other traffic because you do not want to stop. My CBF250 would have been better over the passes but a slog on the 100 miles of motorway here and back. 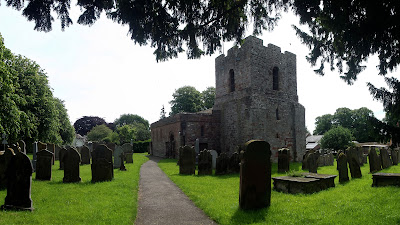 Before I got to the passes I rode through the village of Burgh By Sands (west of Carlisle) and took a photograph of this old church. Turns out that the church (St Michael's) has a bit of history. Located at the west end of Hardian's Wall the church was built in the late 12C from stone from the wall. The fortified tower was added in the 14C to protect the people & their livestock from the Border Reivers. King Edward I aka "Longshanks" aka "Hammer of the Scots" aka Patrick McGoohan from "Braveheart" died near the village en route to fighting the Scots in 1307 and was laid out in the church. 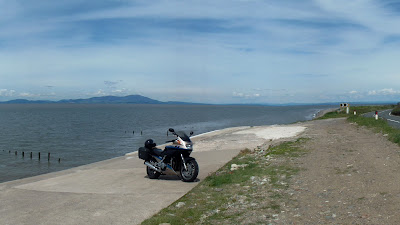 I continued along the Solway Coast. I think this is a seldom visited area but I like it. 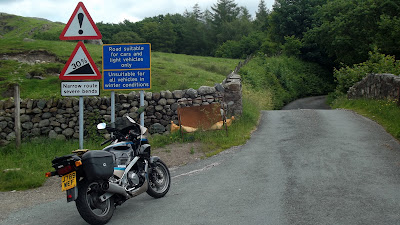 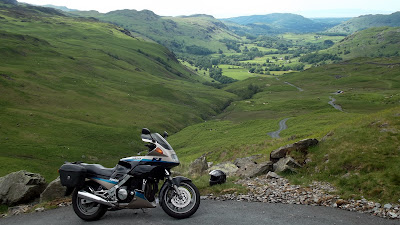 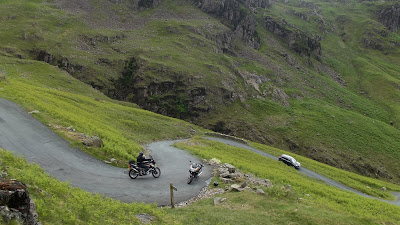 This shows how steep the pass is 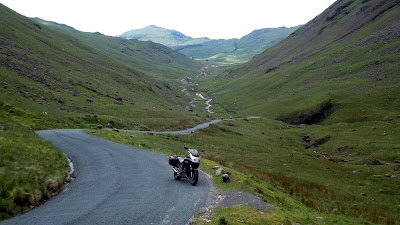 Wrynose Pass looking back to Hardknott