After the RD350 was stolen in 1977 I needed transport and bought the little Suzuki trail bike. Despite its tiny engine the bike was great fun and the only trail bike I've owned. Being light with wide bars the bike was particularly good in the snow. It was let down by crude 6V electrics. After three years the bike expired in a massive cloud of smoke when, I assume, the main bearing seals failed. 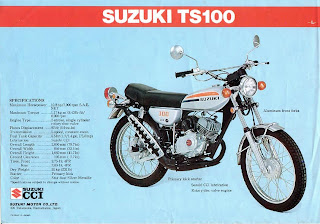 The TS was mostly used for commuting but there was time for fun as well like here in a local quarry. 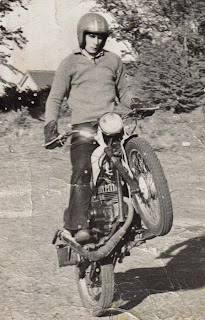 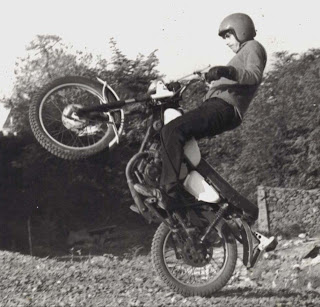 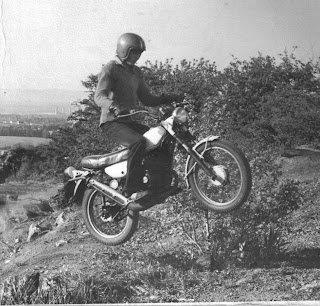 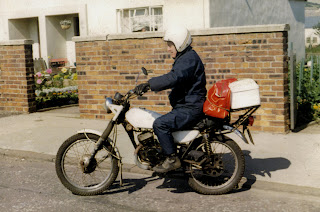 The TS100 was known as the "Honcho" in the US. In the '70's Suzuki gave their bikes names for the US market, but not used here.