This looks like an innocent haul of sweets but was part of an international financial scam.

Prior to a bike & camping trip to Holland & Germany in the summer of 1983 I learned that the UK 5 pence coin was the same size as the German 1 deutsche mark coin. This was worth 25 pence and so I collected a pile of 5p coins to take on the trip.

The sweets came from a vending machine in an autobahn service station. Since then the UK introduced a smaller 5p coin and Germany adopted the Euro. 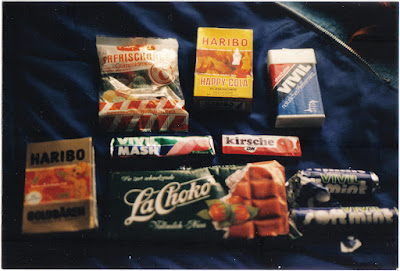 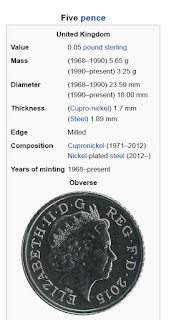 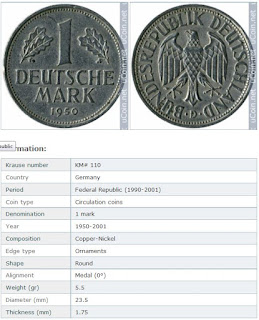