I spotted this bike in Crete recently. It's a Kawasaki Estrella BJ250C. This retro styled thumper was sold mostly in Japan. It appeared in 1992 and is still in production. They were sold in Europe in the late '90's but not in the UK (I think) With its round crankcases and "pea shooter" silencer it put me in mind of 60's AMC singles like the AJS Model 14. 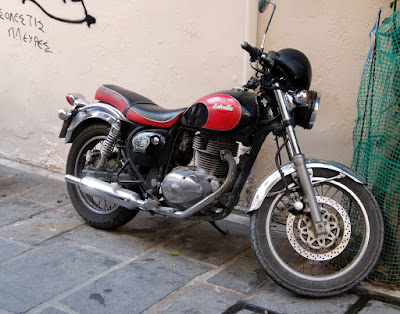 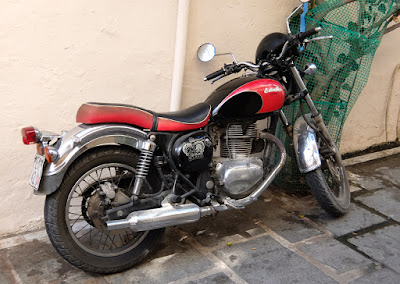 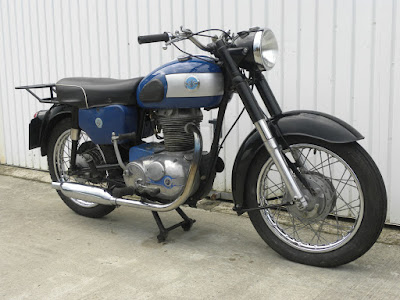