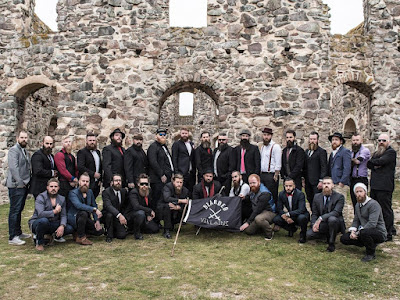 From the Independent, 12th October

Terror police in Sweden have been called to reports of a group of bearded men in dark clothes raising a black flag above a remote castle. But instead of Isis militants, officers responding to the scene stumbled across a meeting of an international organisation of beard aficionados. The Swedish chapter of the “Bearded Villains” met on Saturday for a photo shoot at the ruined castle of Braehus, with members excited to be pictured with the organisation’s black-and-white flag. And while the group might have looked menacing from a distance, when they got closer police found around 30 young men hugging and laughing dressed in formal clothes, not militant garb. 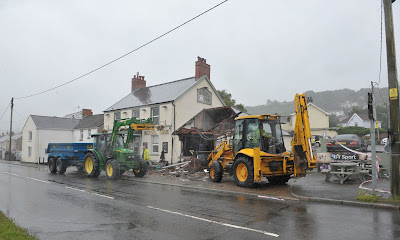 From the Guardian, 7th October


A businessman who took a JCB to wreck his own pub after he was refused a drink cannot be charged because he was destroying his own property, police have said. Mark Swistun, the co-owner of the Royal Oak pub in Penclawdd, Gower, south Wales, was arrested on suspicion of causing criminal damage after using a 28-tonne yellow digger to smash through the walls and roof of the pub. It is understood that no one had made a complaint about the £40,000-worth of damage done to the building. Drinking at the pub on 26 July, Swistun reportedly became infuriated when bar staff would not serve him a drink after last orders at 11pm. He returned to the pub at 1am, at the wheel of the JCB, and used the digger to smash through an extension roof and outer wall, leaving an gaping hole in the side of the building. Swistun’s rampage reportedly also flattened outside picnic tables and parasols.
Posted by fj_stuart at 08:20