Horex produced bikes in Germany between 1920 & 1960. The name was revived in 2010 and the VR6 was designed. The company went bust in 2014 but were bought last year by the 3C-Carbon Composite Company who intent to market the VR6.

The bike is a sort of naked retro but with an interesting engine. It is a 1200cc 6 cylinder in a VR configuration. That is half-way between an inline engine and a vee (the R is from "Reihenmotor" = inline engine) It is a narrow angle vee engine with staggered cylinders and a single cylinder head. There are three valves per cylinder and three overhead camshafts. The engine is claimed to produce 170 bhp.

Volkswagen use a VR6 engine in many of their cars. 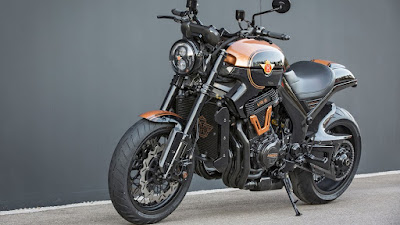 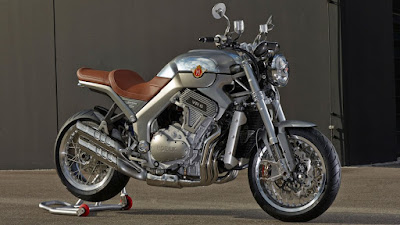 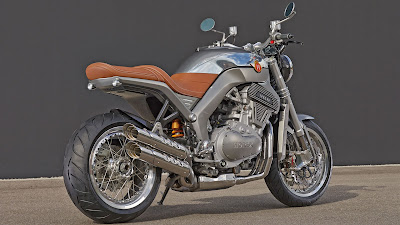 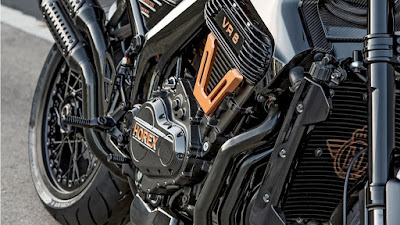