As you all know I currently run a Yamaha FJ1200 for runs & touring and a Honda CBF250 for getting about locally and winter use. Both these bikes are getting on a bit in years and/or miles. Also I fancied a middleweight bike that was nibbler than the FJ and faster than the CBF. This makes sense because I spent my time riding mostly the back roads.

My friend Malcolm bought the SV new and when I rode it ten years ago I thought it was great and said that if he ever came to sell it, give me a call. Well that time came and when I rode it again this week I had a grin all over my face. What a brilliant little bike - light, good brakes and handling and what an engine! It feels strong and eager to rev but flexible enough to pull from low revs. It is definitely best in the twisty back roads where it is pretty damned fast. Malcolm prefers to ride his MZ Rotax 500 these days (some people are strange!)

It's in great condition with 15,000 miles. I know that Malcolm looked after the bike well. 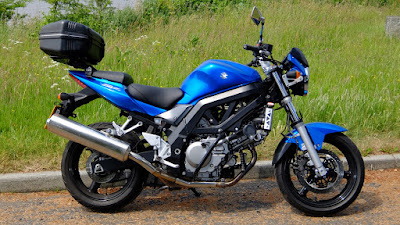 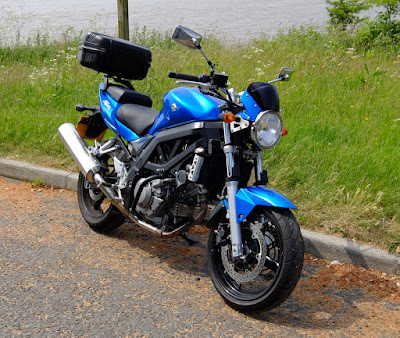 The bike also has some useful extras & mods. 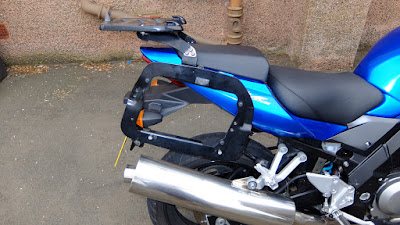