In the News - Detectorists Disappointment.

Metal detectorists Paul Adams and Andy Sampson thought that they had literally struck gold when they found what they thought was a hoard of Roman coins in a field in Suffolk.

Doubt set in when they showed their find to an experienced detectorist. He correctly recognised that the coins were fake. They were, in fact, props left behind from the filming of the BBC comedy series "Detectorists". 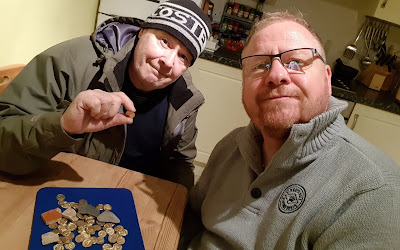 Paul & Andy (above) and Toby Jones & MacKenzie Crook (below)....or is it the other way round? 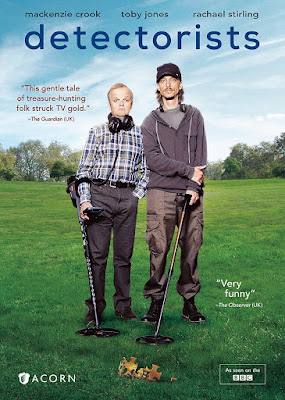 Note that someone who detects is a "detectorist", a "detector" is the instrument they use. This forms the basis of a standing joke in the series.
Posted by fj_stuart at 11:27