On my travels yesterday I stopped at the Yew tree in Fortingall, Perthshire. The tree's claim to fame is its great age. There is no method of establishing this exactly but it is thought to be 2-3,000 years old (5,000 years is also quoted) It may be the oldest living organism in Europe.

The wall around the tree was built in 1785 to protect it from people removing bits and setting fires in the trunk.

The Yew is in the grounds of the local church. The church dates to the early 1900's but there has been a place of worship on the site since the 7th century. Early Christians were likely attracted to the tree because it symbolised eternal life.

Legend has it that Pontius Pilate played in the shade of the tree as a child (to escape the fierce Scottish sun, I suppose) There is no evidence for this but the tree likely existed at the time the Romans were here.

Some years ago botanists discovered that the tree was undergoing a sex change. It was male but started to sprout berries that only female plants do.

The tree looks in good condition and is expected to live for many more centuries. 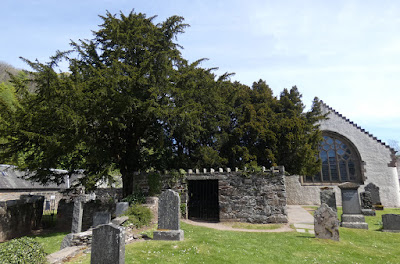 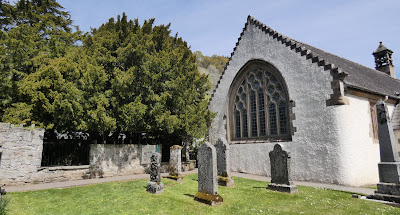 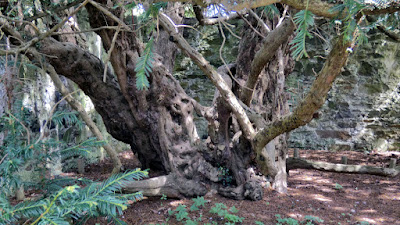