I photographed this bike at the (rather damp) classic show at Glamis Castle this July. The bike was described as a 600cc ohc V four but it only had a single barrel & head. I had difficulty understanding the engine but research found that it is a very narrow angle V of 18 degrees, so the pistons sit in a "square four" arrangement. The single overhead cam has bevel drive. 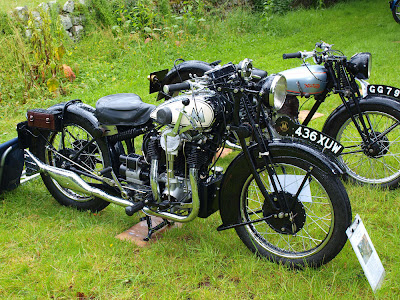 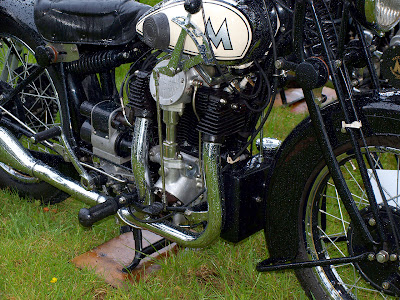 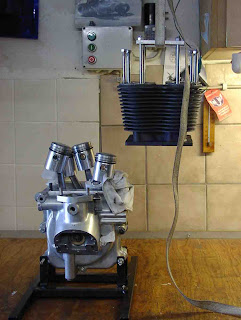