I photographed this bike at the Classic Bike Show at Stafford in 2005 and had a chance to talk to the owner. Silk make the 700S using an engine based on the Scott two stroke twin engine in a modern frame in the '70s. The bikes looked great but were made in small numbers and were expensive.
This 500 was one of two built. They seem to have been built in 1988 some time after the factory closed using a prototype engine and were prizes in a Classic Bike magazine competition. 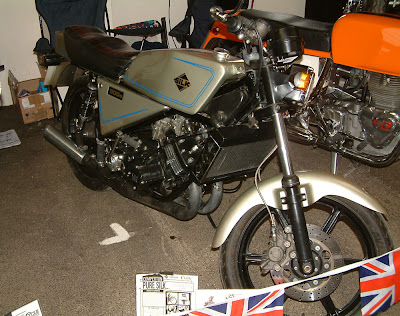 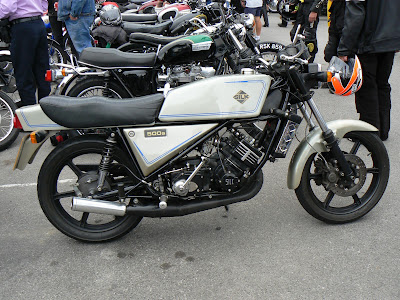