I like '70's Jap bikes - they're what I started riding on - so I snapped this nice condition XS500 at the Ayr Bike Show at the weekend.

The XS was produced from 1973-81 (called the TX '73/74) It had an advanced engine design for the day - twin overhead camshafts and 4 valves per cylinder with balance shafts. The norm today, but unique back then. They were pretty rare in the UK. Yamaha were known for two strokes in the '70's and if you wanted a Jap four stroke you bought a Honda.

This is a later model with styling similar to the RD250/400. 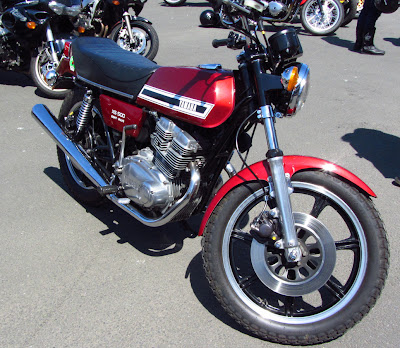 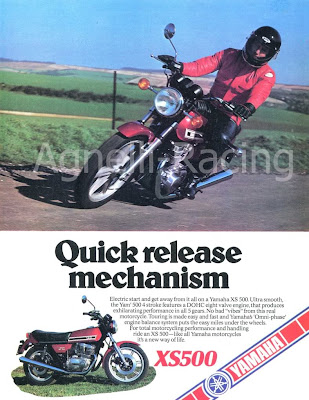