Built by the German company Kodewa using a KTM 1200 V twin engine. It seems to be a design concept rather than a road bike lacking such mundane details like lights, indicators or a side stand. It was designed by Daniel Simon who worked on the Bugatti Veyron. He is obviously proud of it because his name is on the paddock stand as well as the bike!

It's an odd mixture of retro and futuristic with a central nacelle and twin shocks. It looks long and low with raked out forks that don't seem to suggest sports bike handling. 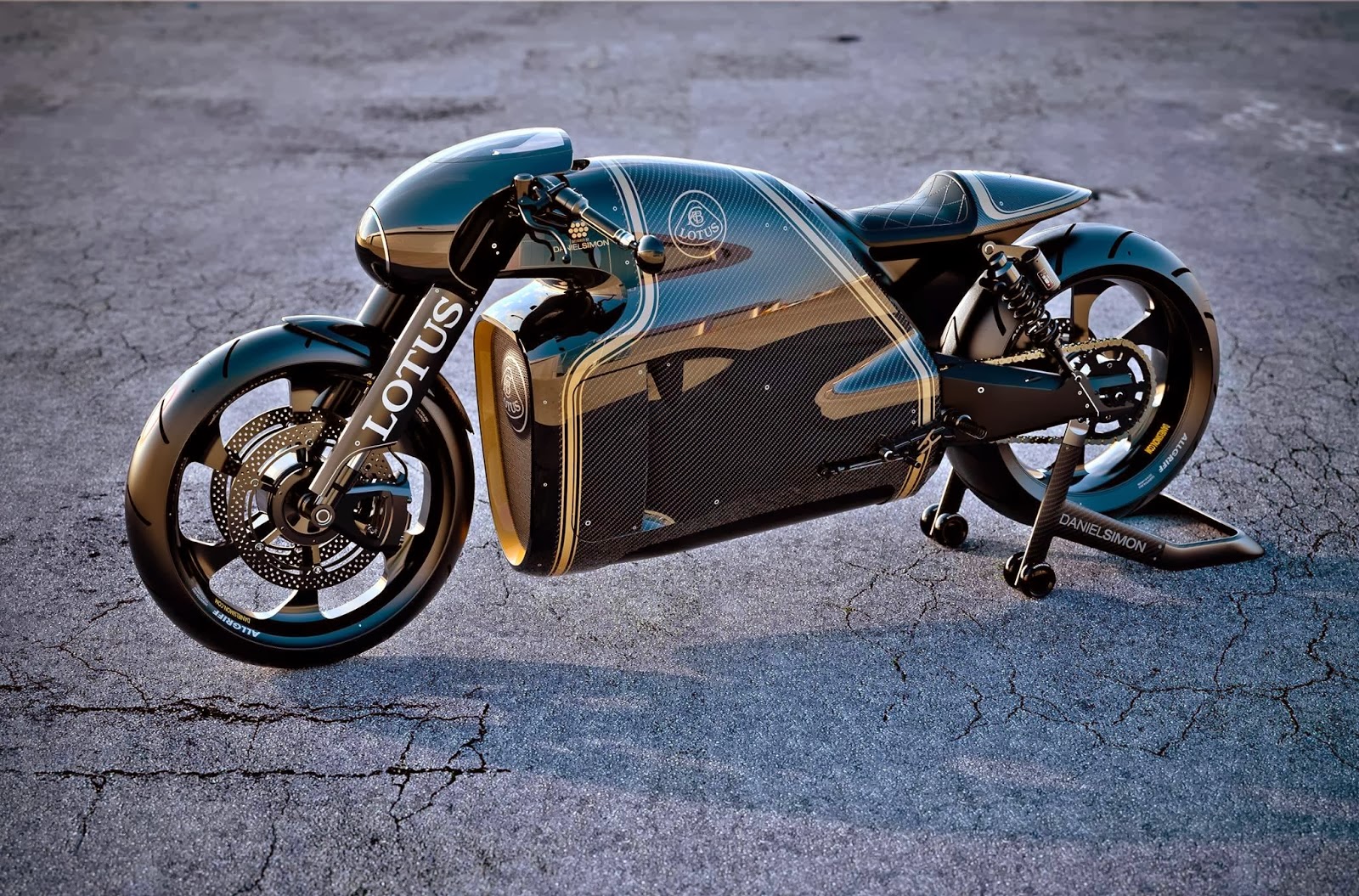 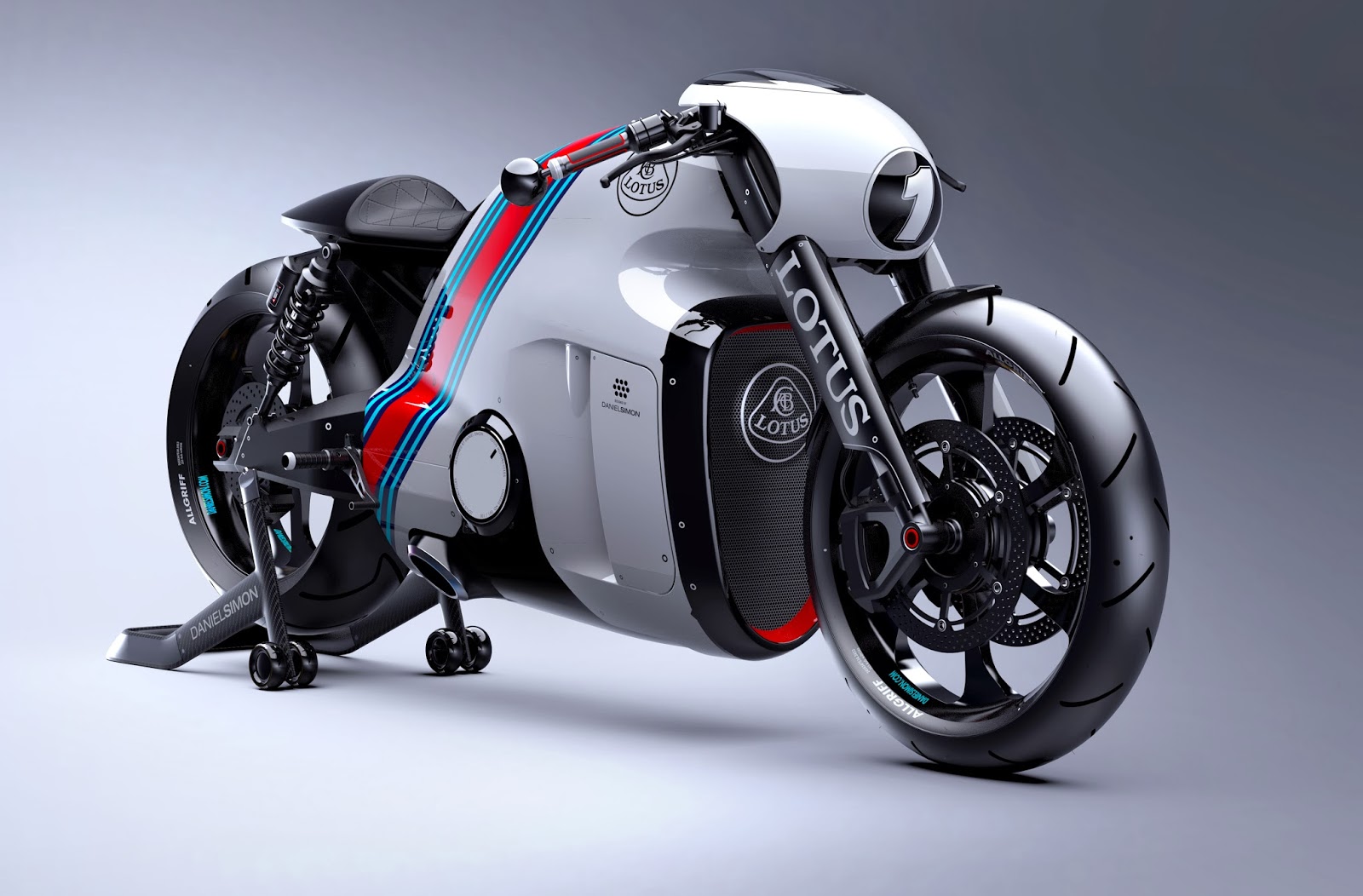 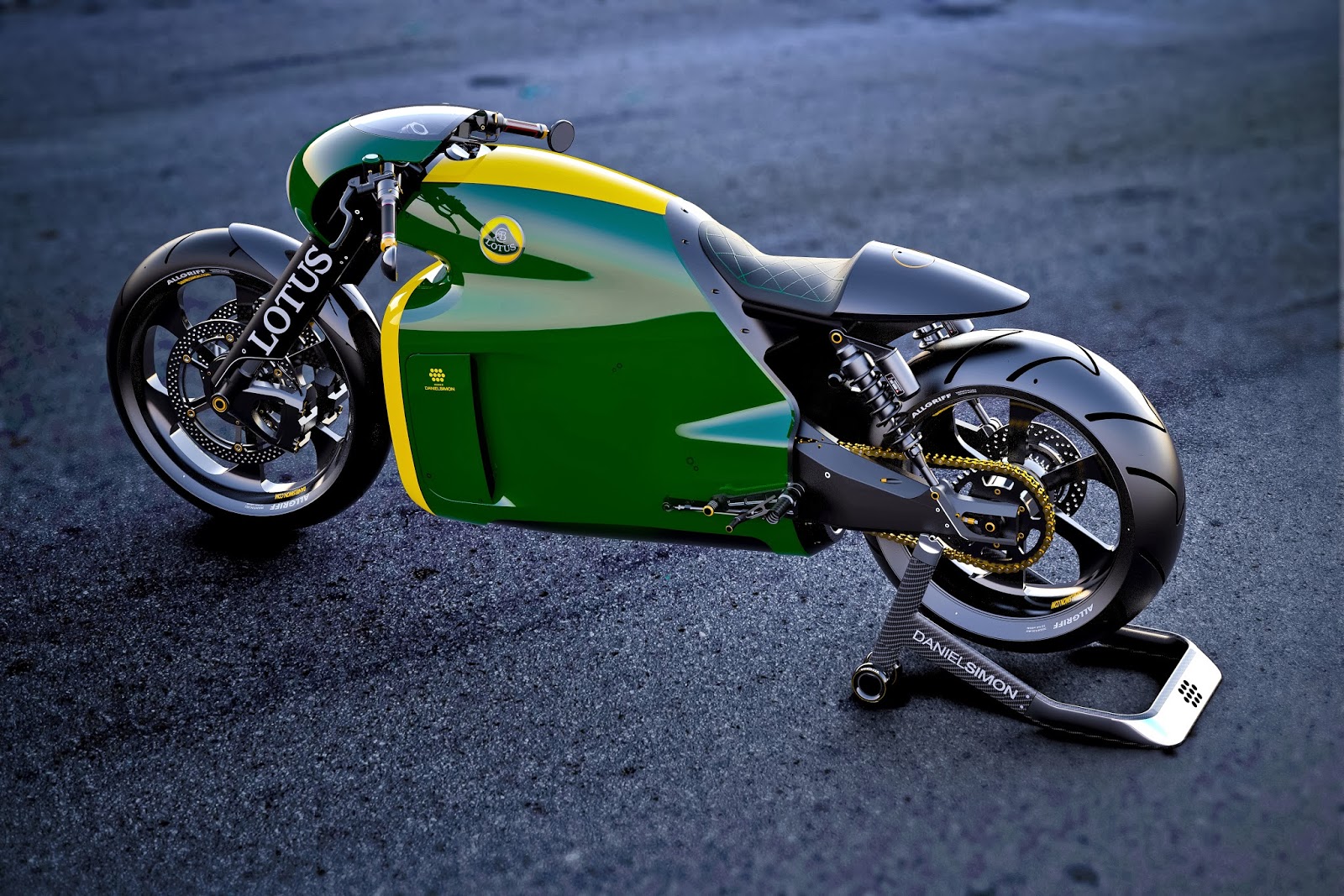