Yanis Varoufakis has become one of the best known politicians in Europe and has one of the toughest jobs - he's the Greek finance minister. He is known for wearing casual clothes and having the looks of a villain in a James Bond movie. He also has the common touch rejecting the usual limo for two wheels. Currently a Yamaha XJR1300 - a retro using the same engine as my FJ. 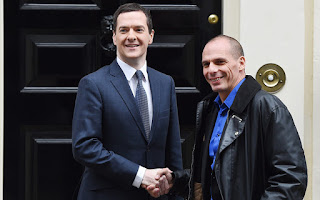 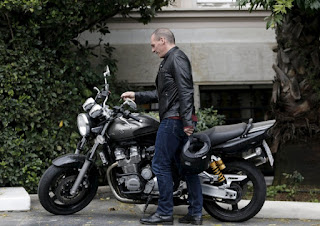 With his XJR at the Greek Parliament 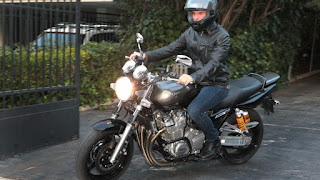 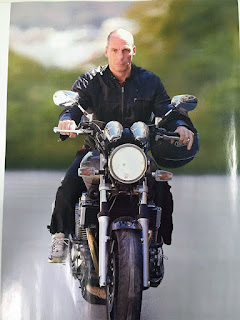 Greek law seems to say you have to wear a helmet - it just doesn't say where on your body. The elbow seems to be the favoured place. 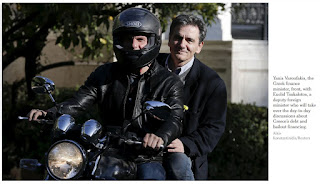 Giving a colleague a lift 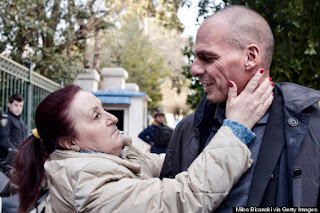 Pestered by a groupie.