I Love a Good Map - The Scone Question

Researchers at Cambridge University studying regional dialects in the UK have produced this lovely map. It plots the pronunciation of the word "scone". Generally it rhymes with "gone" in the north and "bone" in the south. 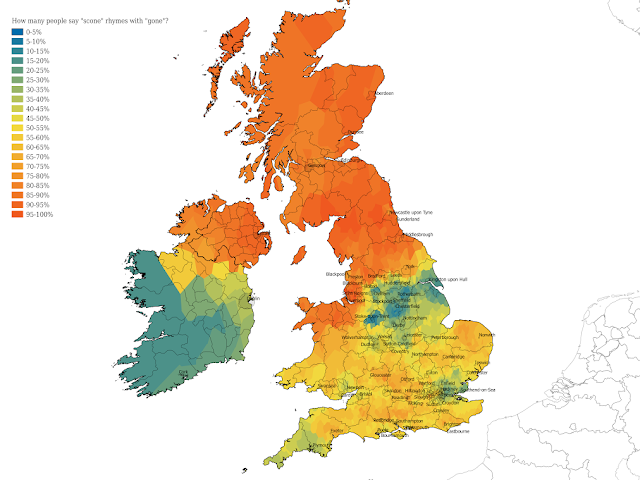 There is an abrupt change in Yorkshire between the rural north and the industrial west & east. Compare, say, York with Hull or Rotherham. There is a Scone Palace in Scotland and that's pronounced "skoon", but that's another matter.

Researchers didn't stop there. They also investigated the preference of spreading the scone with jam then clotted cream (Cornish style) or vice versa (Devon style.) The results were 61% to 21%. I'm one of the remaining 18% that do neither. I spread one half in jam and the other half in cream. 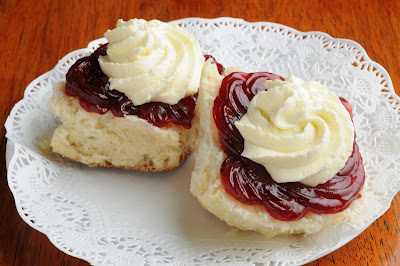