The XS1100 (called the XS Eleven in the USA) was the predecessor to the FJ series and constructed 1979 - 82. This was Yamaha's first four cylinder four stroke. It had a 1100cc dohc 8 valve engine with shaft drive.


Yamaha produced this rare limited edition model with an unusual fairing. The XS, like most bikes at the time, was "naked". It was designed by John Mockett, an illustrator & cartoonist and manufactured in the UK.


The fairing had a number of interesting features. It was two part with the top half mounted on the bars and the bottom part was mounted to the frame. The top part had guards to protect the rider's hands and there were a pair of spot lights made into the lower fairing.


The bike was named after the drinks company because they sponsored the race team at the time. 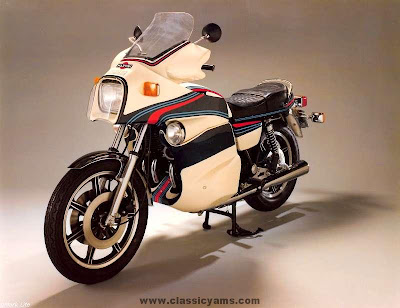 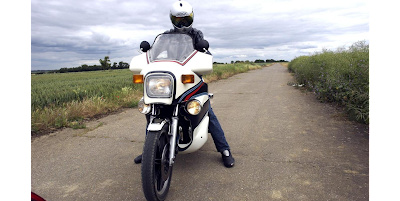