In my study there is a box of old photographs. Many of them were taken during biking trips over the years. So, in what may become a series, I'll take you for a trip down my memory lane.

The first photograph is titled "Marseilles, August 1980". After riding for about 5 days due south Europe ends here at the Mediterranean. I remember my first sight of the Med and was amazed that the sea could be azure blue rather than grey. 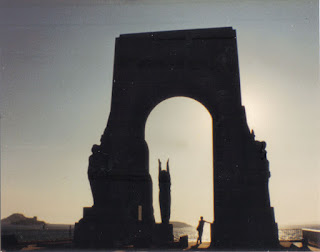 The photograph is of a skinny version of myself in silhouette at a memorial on the seafront. By the miracle of Google Maps I found that it's the Monument aux morts de l'armée d'Orient et aux héros des terres lointaines (Monument to the dead of the Eastern Army and the heroes of distant lands) We didn't spend much time here because it was too hot and soon headed to the cool of the Alps. 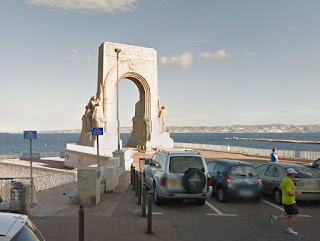 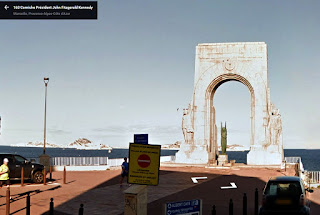 Our well loaded Suzuki GT500 somewhere in the south of France 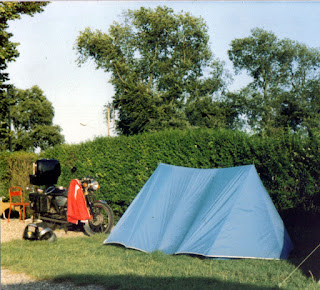 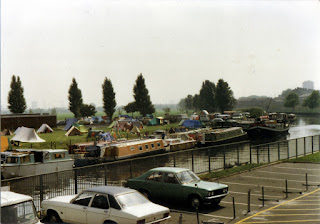 Going to and from the continent we camped at the Hackney Marshes in London. The campsite is long gone now and although it looks a picturesque location Hackney is a fairly rough area where few would wish to stay. But if you're from Glasgow it didn't seem too bad.