On TV I saw a trailer for the forthcoming superhero movie "Suicide Squad". It featured the song "The Ballroom Blitz" by British glam rock band The Sweet. I recalled that the song was inspired by an incident in 1973 when the band played the Palace Theatre in Kilmarnock and were chased off stage by a barrage of bottles. Hence the lyric "And the man at the back said everyone attack and it turned into a ballroom blitz" 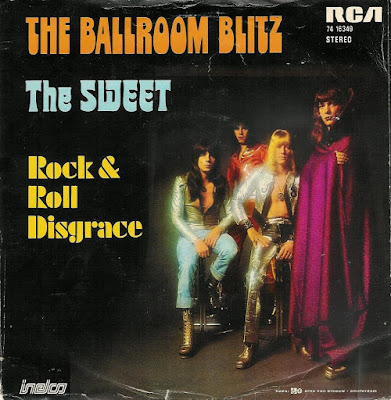